My sleep cycle has gotten even more out of whack than usual, and we had a lot of good material on we Innertubes, as Lambert calls them, so I hope you’ll forgive the lack of an original post.

The United States Is The Biggest Importer Of Trophy Lions Like Cecil FiveThirtyEight (resilc). :-(

Killer of Cecil the Lion Finds Out That He Is a Target Now, of Internet Vigilantism New York Times. Furzy mouse is getting her wish.

The bank of WTF: the fake finance brochure that slams the super-rich Guardian (furzy mouse)

Amazon details its plan for how drones can fly safely over U.S. skies Washington Post. Resilc: “Is the wapo now a licensed lobbyist for Amazon?”

The regional security debate Australia has to have China Spectator

China’s Headaches Are the Fed’s, Too Bloomberg

European ‘alliance of national liberation fronts’ emerges to avenge Greek defeat Ambrose Evans-Pritchard, Telegraph. Huh? Podemos distanced itself from Syriza when the fight was on, moved to the center, and it’s still taken a big hit in the polls. The notion that there are real, effective left-wing radicals in Europe remains very much in doubt.

Schäuble outlines plan to limit European Commission powers Financial Times. Wow. The EC may not be all that good at it, but it sees itself as the defender of smaller countries in the Eurozone.

‘Iron lady’ set to play central role in next act of Greek bailout drama Guardian. Wow, she could be from central casting. And having done Cyprus, she will be a kneecap breaker.

Anything else we should know of? ekathimerini (IsabelS)

Green light from the IMF board to discuss the new program Kathimerini. This Google translate version is unusually readable (original here for those who read Greek). This part is consistent with what we’ve argued:

In relation to debt, in fact, the information of “K” say that Europeans now accept the need for restructuring, although not discussed details on how to do this – or indeed on the financing needs of the program or the budgetary targets who will define the size of the adjustment in the years ahead.

The War Nerd: Don’t be fooled — Turkey is attacking the Kurds War Nerd, Pando. A must read.

Senate Republicans Plan to Repeal Obamacare With 51 Votes Bloomberg. Keep in mind Obama will veto even assuming they do their rider passed.

Team Trump capable of regret after all MSNBC. Furzy mouse: “Must read what Cohen says to Daily Beast reporter….serious threats.”

University of Cincinnati Officer Indicted in Shooting Death of Samuel Dubose New York Times. JCC: “The Cincinnati Chief of Police is right, it doesn’t look good at all.” I had to watch it twice. The prosecutor, in a separate set of clips, sounds convincingly saddened and appalled.

Harlem principal suicide: She was being investigated for cheating allegations Slate. Resilc: “Why not Cheney and W?”

The ‘Real’ Reason The Fed Wants To Raise Rates TalkMarkets. Um, this is news?

Judge Won’t Let Medical Company Sell Itself Short Matt Levine, Bloomberg. This is so convoluted it makes my head hurt. But tax does that to most people.

“Selfie” Fashion Trends: Cheap Dresses and “Rentabag”; Mish Handbag Tips Michael Shedlock (furzy mouse). No, I would not take fashion tips from Mish, but he is right about the stupidity of high end bags. If you want to make a status statement, watches and jewelry hold their value much better (and never buy retail) . But be warned they trade down hard in bad markets too.

Anyone who thinks that “sharing” involves charging people’s credit cards to borrow your stuff wasn’t brought up properly. @stilgherrian

Antidote du jour. This is Jia Jia, now the oldest panda in the world, although this is a photo when she was younger: 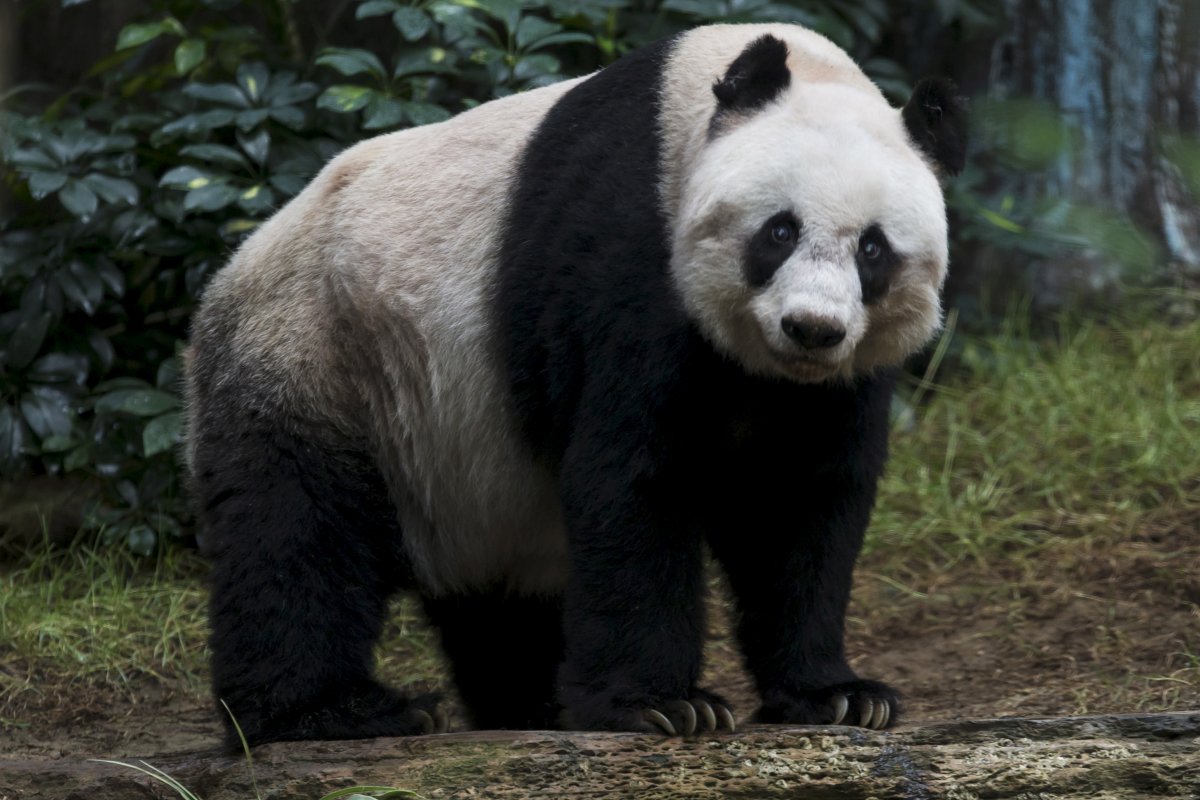 And a bonus video antidote. The Chincoteague swim reminded me of it: