Hiroshima remembers atomic bomb: ‘We must abolish the evil of these weapons’ Guardian

The internet of food: why your steak might have come from a connected cow Guardian

Breaking a Taboo: Plans for Euro-Zone Tax Take Shape Der Spiegel. From a few days ago, and still important.

Doubts about third Greek deal by Aug 20th – Bild FXStreet. We’ve been skeptical as to whether it is possible to get a third bailout done by the 20th, when an ECB payment is due, but there’s been way less drama than in past negotiations.

Rejecting The Iran Deal Means War: ‘Those Are The Dictates Of Cold Hard Logic’ Huffington Post

The U.S. picked the wrong ally in the fight against Islamic State Reuters (resilc)

A powerful article by the War Nerd about our odd leaders & lost wars. Today only! Fabius Maximus (furzy mouse). We linked to the Pando pieces yesterday, but be sure you don’t miss them.

Conservatives were sure Trans-Pacific Partnership deal would be signed Globe and Mail (JSC). More on failed TPP sausage-making.

Why FWD.us is wrong about Bernie Sanders Mark Ames, Pando

Elizabeth Warren to Republicans Did You Fall Down Hit Your Head and Wake Up In 1950′s YouTube. In case you missed it, this is a great speech.

University of Cincinnati creates safety post after fatal shooting Reuters. EM: “We don’t need another layer of bureaucracy, we need to take away guns from campus cops.”

Oklahoma Cracks Down on Disposal Wells To Reduce Earthquakes OilPrice

JPMorgan Ranks No. 1 as Bank Most Crucial to Financial Stability Bloomberg. Resilc: “Brilliant, do the crime and never do the time. too essential for USA USA.”

Where Did the GDP “Growth” Go? Not into Wages Charles Hugh Smith

My township calls my lawn ‘a nuisance.’ But I still refuse to mow it. Washington Post (EM). Subhead: “Manicured lawns are ruining the planet.”

Antidote du jour. ‏@anishandheria: “A warm moment between 2 siblings & their mother. 523 Asiatic lions survive on earth- all found in Gujarat.” 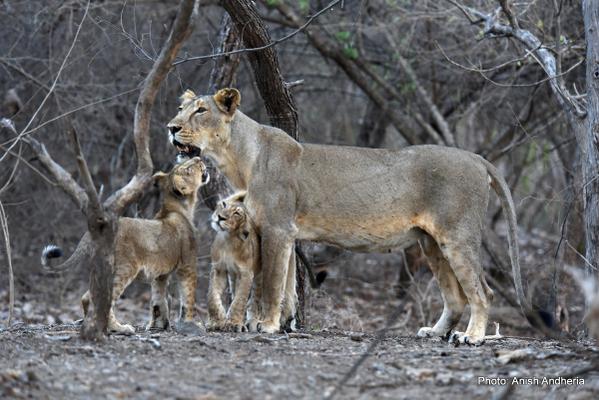