This is Naked Capitalism fundraising week. 685 donors have already invested in our efforts to combat corruption and predatory conduct, particularly in financial realm. Please join us and participate via our Tip Jar, which shows how to give via check, credit card, debit card, or PayPal. Read about why we’re doing this fundraiser, what we’ve accomplished in the last year, and our fourth target, 24/7 coverage, 365 days a year.

UPDATE Turing CEO Martin Shkreli so mad at Sanders he “could punch a wall” [CNN]. Represent, dude! (Hilariously, this story is featured in Good (Motto: “Start your day with something GOOD.”)

“In fact, the triumvirate of crazy — Trump/Carson/Cruz — has about three times as much support as the combination of Bush, Rubio, and Kasich. It’s amazing” [Paul Krugman, New York Times].

UPDATE “Biggest 2016 Advertisers Have Little to Show in Polls So Far” [Bloomberg]. “After at least $18.5 million in television commercials, the candidates they’re backing are among those doing the worst in the polls. Those findings, from a Bloomberg Politics analysis of broadcast advertising data, raise questions about the return on investment so far for the mega-donors mostly responsible for super-PAC financing.” Did all the squillionaire donors get suckered by fast-talking political operatives with bad hair in rumpled suits? I certainly hope so!

“Bush claims the party establishment’s mantle, Rubio wants to be the party’s fresh national face” [Yahoo News]. “Bush now routinely compares Rubio’s background to Barack Obama’s before the Democrat became president.” Bush is wrong about that; we know a lot more about Rubio than we knew about Obama.

“George W. Bush’s military lies: The real story about the undeniable service gaps he got away with” [Salon].

Christie guts housing program for chronically ill and disabled, stranding 3000 [Star Ledger]. “Jeanne Chiaravallo is a 57-year-old partially blind amputee from Lambertville who needs an oxygen tank to help her breathe and a home health aide to help her shower and take her medicine. By this time next month, Chiaravallo expects she will be homeless.” I think Christie knows he’s doomed, and he’s just trying to damage as much as he can on his way out.

The loveable goof, Joe Biden, is going to make up his mind in 48 hours [NBC].

Treasury Secretaruy Jabob Lew: “I certainly hope you’re not wrong that Congress will act to raise the limit. I think it is very important to remember that only Congress can act to raise the debt limit. I will have used all the tools that I have as of November 3” [Market News].

Housing Market Index, October 15:  “A strong gain” [Econoday]. ” [T]his report is a standout for the housing outlook and will raise expectations for strength in tomorrow’s housing starts & permits report.” And: “Housing is important both as a reflection of consumer behavior (concurrent) and also as a driver of economic growth (leading). It is especially interesting since it is not related to the Chinese economy on first-order effects” [Econintersect]. Other than housing, this week’s reports are unusually thin.

“FASB says it’s just a clarification,” says University of Denver law professor J. (Jay) Robert Brown, Jr., a member of the IAC and its secretary. “This is anything but just a clarification. There’s no way this cannot be seen as an effort to reduce disclosure” [Francine McKenna, Market Watch]. Confirming Dayen’s exclusive at NC here.

Ag: “A former Chicago Board of Trade director, and floor trader, urged smaller limits on the derivatives positions that can be held by grain speculators, cautioning over volatility caused by hedge fund deals” [Agrimoney].

The Fed: “U.S. monetary policy can’t decouple from the rest of the world right now, according to [Deutsche Bank’s fixed income strategists], and liftoff could end up being perpetually delayed. A different kind of unconventional stimulus might be in the cards: Twist 2.0” [Bloomberg].  No rate rise ’til after Xmas. Think of the children!

Honey for the Bears: “But while stocks are ebullient at the thought of the Fed’s 0 percent interest rate policy continuing into its ninth calendar year, the bond market is decidedly less bubbly. In fact, the fixed income market is sending a number of warning signals that a long and powerful credit cycle is ending” [Fiscal Times]. Man, I hate to quote the Fiscal Times. But this recovery is so long in the tooth, crappy though it may be…. Disclosure: I’m a Maine bear, and this confirms my priors.

Honey for the Bears: “[P]rojections for the third quarter just gone don’t justify the current stock market confidence” (with handy charts) [The Next Recession].

Honey for the Bears: “The New York Times seems disingenuous at best and conspiratorial at worst: admitting in an editorial that it blew it big time in advocating for the repeal of Glass-Steagall while hiding in the wings as its writers are allowed to push a false narrative that the New York Times refuses to correct” [Wall Street on Parade]. Our famously free press and Presidential candidates carefully airbrushing the role of Glass-Steagall in the 2008 crash. It’s almost like they’re getting ready for something…

“I have covered countless wrongful convictions in nearly two decades of work as a legal analyst but I don’t think that any case, any cause, ever touched me the way the Glenn Ford story did. Here was a man, an uneducated black man in the South, who was railroaded into a murder conviction and death sentence” [Brennan Center]. “He then was left to languish in solitary confinement for decades in one of the most despicable prisons on Earth, and then upon his belated release denied the compensation he was owed by the state of Louisiana, by some of the very officials who allowed his false conviction and sentence to fester for 30 years in the first place.”

“For the second time this year, St. Louis Circuit Attorney Jennifer Joyce’s office has subpoenaed St. Louis Public Radio and ‘requested’ that we keep silent about it” [St Louis Public Radio]. “For the second time, we’re speaking out because the public — you — has much at stake when a prosecutor goes on a fishing expedition in a news organization’s files.” The Mansur Ball-Bey case….

“Homan Square revealed: how Chicago police ‘disappeared’ 7,000 people” [Guardian]. “82.2% of people detained at Homan Square were black, compared with 32.9% of the Chicago population.” “Nearly 65% of documented Homan Square arrests since August 2004 took place in the five years since Rahm Emanuel, formerly Barack Obama’s top aide, became mayor.” I guess Rahm saw what Obama was doing with his “disposition matrix” and emulated it, eh?

Oregon shooting victim Chris Mintz recounts ordeal, takes on conspiracy theorists [Los Angeles Times]. “‘Just because you don’t believe it’s real doesn’t mean it didn’t happen,’ Mintz wrote in a follow-up post Saturday. ‘Some of those that passed were my friends I loved them and your disrespect for them sickens me, instead of spewing your hate bring yourself to our community and see for yourself you don’t believe I am real come talk to me face to face.'”

“Health insurance startup joins Illinois market in flux” [Chicago Tribune]. “Blue Cross and Blue Shield of Illinois, the state’s largest health insurer, is eliminating its popular individual plan that had the largest network of doctors and hospitals.” I like this: “Plans and pricing for 2016 are expected to be available as early as Sunday on Healthcare.gov for consumers to begin window shopping.” Yes, “window shopping,” as if trying to decipher this year’s health insurace scams is a joyous holiday experience….

“[A] clutch of local seed-makers are refusing to pay royalties for using the US company’s gene technology to produce seeds for pest-resistant cotton” [Financial Times, “Monsanto faces growing troubles in India”].

“Researchers at the University of Birmingham have highlighted significant similarities between the behavioural effects of oxytocin and alcohol” [Eurekalert]. “Oxytocin increases prosocial behaviours such as altruism, generosity and empathy; while making us more willing to trust others. The socio-cognitive effects come about by suppressing the action of prefrontal and limbic cortical circuits – removing the brakes on social inhibitors such as fear, anxiety and stress.”

“One solar executive says the 87% cut in state subsidy is ‘obscene’, and will lead to thousands of job losses” [Guardian]. Well, they would say that, but WTF is Cameron doing?

“Two aircraft linked to CIA torture flights have visited Prestwick on at least 19 occasions since the airport was taken into public hands” [Sunday Express].

“There is no doubt about it: Tony Blair was on the warpath from early 2002” [Guardian]. “Colin Powell’s memo confirms what is broadly known, but will add to pressure on Chilcot inquiry to clear up controversy over PM in run-up to invasion of Iraq.” Then we can elect Corbyn and try Blair for war crimes.

“Disarticulation goes North”  [Global Inequality]. “But I think that it is insufficient to leave this argument at a very abstract level where one group of Americans would have a more cosmopolitan welfare function and better perception of global benefits of trade and another would be more nativist and ignorant of economics.” An interesting post that discusses Paul Theroux’s piece in the Washington Post on poverty in the American South, and Annie Lowrey’s response to it (shorter: “Children are starving in India”).

“The Elephant in the Room” [Samantha Bielefeld]. Marco Ament leverages his millionaire status to launch a price war with his competitors, then claims anyone can do the same thing. The power curve is a slippery slope and a greasy pole.

“How Can We Achieve Age Diversity in Silicon Valley?” [Medium]. Make software development a public service?

“Ermahgerddon: The Untold Story of the Ermahgerd Girl” [The Atlantic[. “The whole phenomenon began, as so many do, on Reddit….”

“A Brief History of Dude” [The Atlantic].

“Huxley to Orwell: My Hellish Vision of the Future is Better Than Yours (1949)” [Open Culture].

Earliest Known Draft of King James Bible Is Found, Scholar Says [New York Times]. “[T]he earliest known draft, and the only one definitively written in the hand of one of the roughly four dozen translators who worked on it.”

“You’re not as virtuous as you think” [WaPo]. The Milgram Experiment as an example of The Milgram Experiment. “If we all maintain a healthy dose of moral humility, we can avoid the blind obedience of the subjects in his experiment, as well as the harm we can unwittingly cause when in positions of authority.” I wish this were true for Economics Departments, which the writer does not consider.

Readers, feel free to contact me with (a) links, and even better (b) sources I should curate regularly, and (c) to find out how to send me images of plants. Vegetables are fine! Fungi are deemed to be honorary plants! See the previous Water Cooler (with plant) here. And here’s today’s plant (Noni): 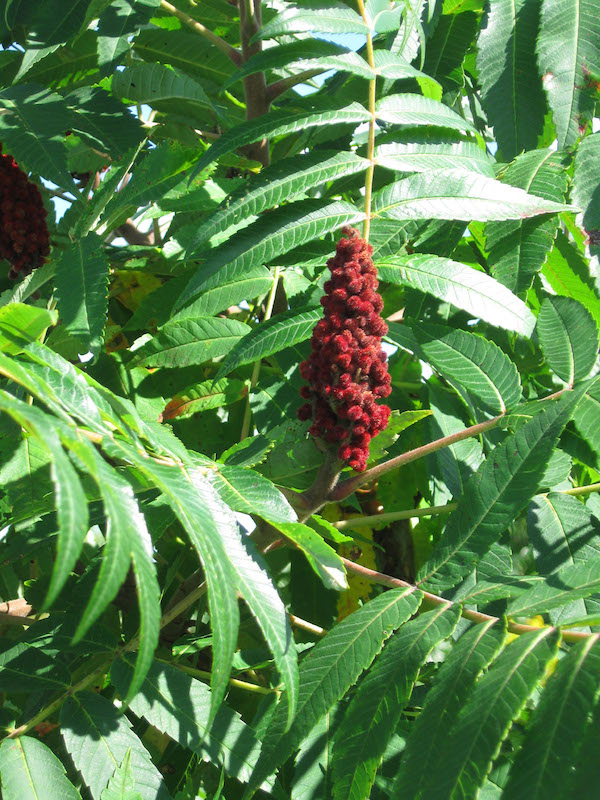 Readers, Water Cooler is funded solely by you, through the Tip Jar below; that is, the Naked Capitalism fundraiser going on now covers my regular posts, Links, and everything else Yves kindly mentions here, but not Water Cooler. And so far, your contributions have been generous enough to allow me to keep Water Cooler going. (I’m pretty fast, as readers see when I correct things on the fly, but it does take several hours of foraging and writing!)

If you can, and without detracting from Naked Capitalism fundraising week as a whole, what would remove a lot of stress from me and really take the edge off would be more subscriptions from you, in any amount, over the course of the year. 30 subscriptions and I’d be happy; 40, and I’d be ecstatic. Just click the hat below. Thank you!