‘No Way To Prevent This,’ Says Only Nation Where This Regularly Happens Onion (David L)

Adorable Moustached Kingfisher Photographed for First Time Audubon. This would normally be an antidote picture, but the story is an anti-antidote. As Dr. Kevin points out: “Mustached Kingfisher is seen for the first time in decades, then is euthanized for study.”

Robb mulls back door TPP sell-out MacroBusiness. Gives a sense of how the deal is going pear-shaped.

Who put Mark Carney in charge of our climate policy? Telegraph

Obama, Putin: Checkmate Pepe Escobar, Counterpunch. Chuck L flags this bit: “A review of UN speeches by both Putin and Obama is almost painful to watch. Putin acted like a serious global statesman. Obama acted like a poseur flunking a screen test.”

SHORT AND SHARP: Which groups did the Russians target in Syria? Sic Semper Tyrannis (Chuck L)

Lowering Medicare Part D Prices Barry Ritholtz, Bloomberg. Pat: “Of all of the many poor domestic tax decisions that came out of the Bush Administration, the massive corporate giveaway that is Medicaid Part D was one of the most offensive.”

About time think tank “resesarch” and the people behind it got some scrutiny. I met Litan at a Kauffman Foundation conference. The fact that the libertarian, regulation-hostile Kauffman Foundation had him as their head of research says all you need to know about his political views. He was and I assume remains a hard core deficit hawk. And assertion that donations don’t influence research results, especially in DC, is patently false. Sure, you might get away with producing a product that was not what your patrons wanted…all of once, and that once would likely mark the end of your career in the line of producing “research”. Look at how funding has been widely reported to taint outcomes in medical research (where you actually can test to see if you can reproduce the results) or closer to home, the report that Fredrick Mishkin issued praising Iceland and its banking system less than a year before they collapsed…..which was paid for by the Iceland Chamber of Commerce. In other words, Warren has the temerity to start attacking a long-standing, lucrative form of fraud. As we wrote in 2011:

In real academic disciplines, investigators and professors who serve big corporate funders have their output viewed with appropriate skepticism, and if they do so often enough, their reputation takes a permanent hit. Scientists who went into the employ of tobacco companies could anticipate they’d never leave that backwater. Even the great unwashed public knows that drug company funded research isn’t what it is cracked up to be.

But in the never-never realm of reality denial within the Beltway, as long as you can get a PhD or better to grace the latest offering from the Ministry of Truth, it gives useful cover to Congresscritters and other message amplifiers who will spout whatever big donor nonsense they are being asked to endorse this week.

Clinton a Continuation of Obama on Energy OilPrice

Everyone Counts raises funds to push internet voting into the mainstream San Diego Union-Tribune (furzy mouse). A new way to disenfranchise voters. In 2013, nearly 25% of American homes had no Internet connection. And yes, the Census Department did ask about “handheld computers,” meaning cell phones.

Understanding Mass Incarceration and Bringing It Down: An Interview With James Kilgore Truthout 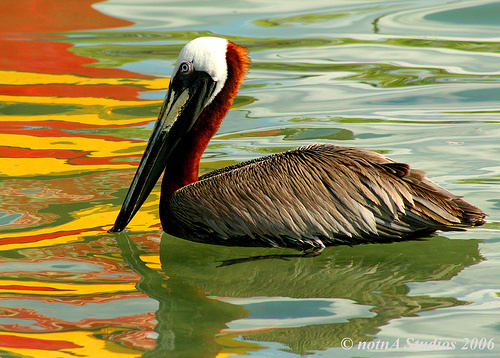