This is Naked Capitalism fundraising week. 1133 donors have already invested in our efforts to combat corruption and predatory conduct, particularly in the financial realm. Please join us and participate via our donation page, which shows how to give via check, credit card, debit card, or PayPal. Read about why we’re doing this fundraiser, what we’ve accomplished in the last year, and our fifth target, more original reporting.

Climate talks fail to break deadlock Financial Times. Subhead: “Emotional appeal on deal from Mexico as it braces for hurricane.”

Walgreens Scrutinizes Theranos Testing Wall Street Journal. I had wondered as soon as the negative news broke if the technology had always been vaporware….The quote “We need to understand the truth” from Walgreens, their “business partner,” and equity investor, is NOT a good sign. Theranos is asserting the WSJ articles are inaccurate yet does not appear to have offered a substantive rebuttal and more important, has not gotten the WSJ to issue a correction or a retraction.

China’s Monetary Stimulus: Not Enough For An Economic Growth Forbes

Eurozone crosses Rubicon as Portugal’s anti-euro Left banned from power Ambrose Evans-Prichard, Telegraph. I was planning to post on this but it falls in the category of what Lambert calls “an overly dynamic situation”. As much as the AEP write-up sounds credible, and may prove to be correct, he got out over his skis more than once on his Greek-related reporting, with his antipathy for the Eurocrats (which I sympathize with) leading him to read their opponents at the national level having more power than they possess.

Here is the disturbing core: the center-right government got 38% of the vote in the Oct. 4 election, making them the leading party. However the left is threatening to form an unprecedented coalition (Socialists and Communists teaming up, among other things), that would represent a majority in terms of the popular votes represented as well as Parliamentary votes. What appears to be in dispute in the Twitterverse is whether this coalition has actually been stitched up. Since the test of the coalition is a vote in 10 days on the center-right’s austerity package, there is time to firm things up if they are not yet firmed up. But the threats from the incumbents are shocking, more than enough to justify AEP’s consternation about the repudiation of democracy. Just read these quotes:

“In 40 years of democracy, no government in Portugal has ever depended on the support of anti-European forces, that is to say forces that campaigned to abrogate the Lisbon Treaty, the Fiscal Compact, the Growth and Stability Pact, as well as to dismantle monetary union and take Portugal out of the euro, in addition to wanting the dissolution of NATO,” said Mr Cavaco Silva….

“After we carried out an onerous programme of financial assistance, entailing heavy sacrifices, it is my duty, within my constitutional powers, to do everything possible to prevent false signals being sent to financial institutions, investors and markets,” he said.

With that large caveat, the AEP article has a very good wrap on the economic situation in Portugal, as well as the verbal jousting between the two camps. I’d very much appreciate reports from readers who know Portuguese politics, as well as can read reliable native language sources (calling IsabelPS, but other readers encouraged to pipe up too).

Jimmy Carter: A Five-Nation Plan to End the Syrian Crisis New York Times. Important.Such a shame he is not in better health….and good to see him doing what he can.

A Plea for Mideast Policy Realism Consortiumnews. Margarita: “Chas Freeman on US ME mis-adventures (in other words, pointless destruction w blowback).”

CIA-Armed Rebels March On Assad Homeland Daily Beast. Caveat from Oregoncharles: “No idea how reliable this is. It’s certainly a counter to all the triumphalism about the Russian entry into the war.”

Who will fight the next war? Economist

Don’t Forget the National-Security Case for TPP Trade Deal WSJ Washington Wire. This falls in the camp of what Jeff W. calls an anti-link, as in it’s noteworthy as being an output of the Mighty Wurlitzer and needs to be read as such.

Lincoln Chafee Drops Out of the Presidential Race Atlantic

GOP Congresswoman Asks Hillary Clinton If She Spent the Night Alone on Day of Benghazi Attacks Mother Jones. Resilc: “200+ of these meatballs in Congr/ass.”

Because Benghazi Went So Well, We Have a New Planned Parenthood Committee Charles Pierce, Esquire (resilc)

F.B.I. Chief Links Scrutiny of Police With Rise in Violent Crime New York Times. “Violent crimes” are considerably below the rates in the 1970s and 1980s. The police are now orchestrating a messaging pushback. Plus we also have the self-licking ice-cream cone problem, since it is the police themselves that intercede in and report what constitutes “violent crime”.

The CEO of Sears Fails His Company by Believing in the Invisible Hand Evonomics. There is a perverse sort of justice in this, although the wreckage of a company and collateral damage to employees is sad.

Last week I photographed the release of a juvenile bald eagle (from Centre Wildlife Care, Pennsylvania), and three photos from the release are attached: Robyn Graboski (the director) about to capture the eagle for release; the eagle (who I had named Lana) leaving the crate; and Lana flying free.

Not too many people know about wildlife rehabbers (volunteer work which varies from person to person and from state to state; Robyn has one of the more extensive ones), but I find it an uplifting experience in this day and age.

A fuller web page about the release is on my site and and there is also a link on that page to a 12-photo album on the Centre Wildlife Care public FB page. 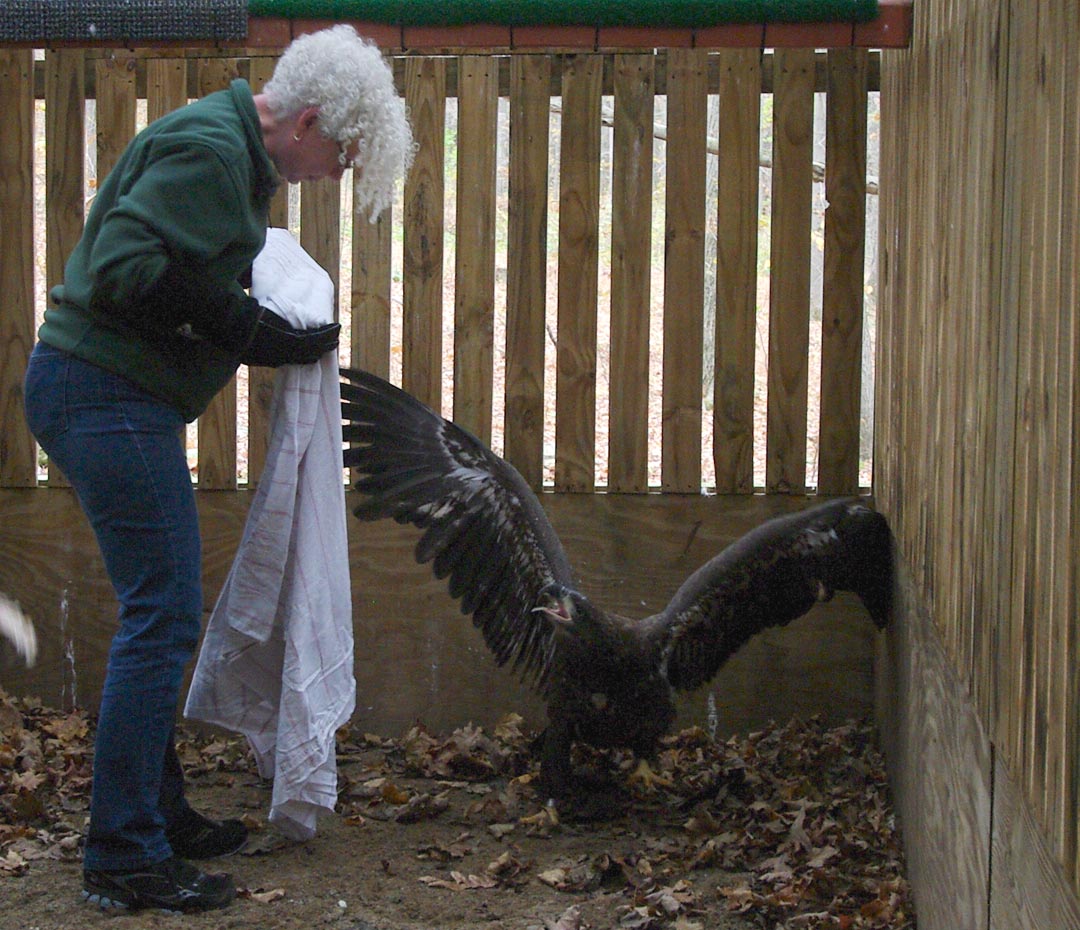 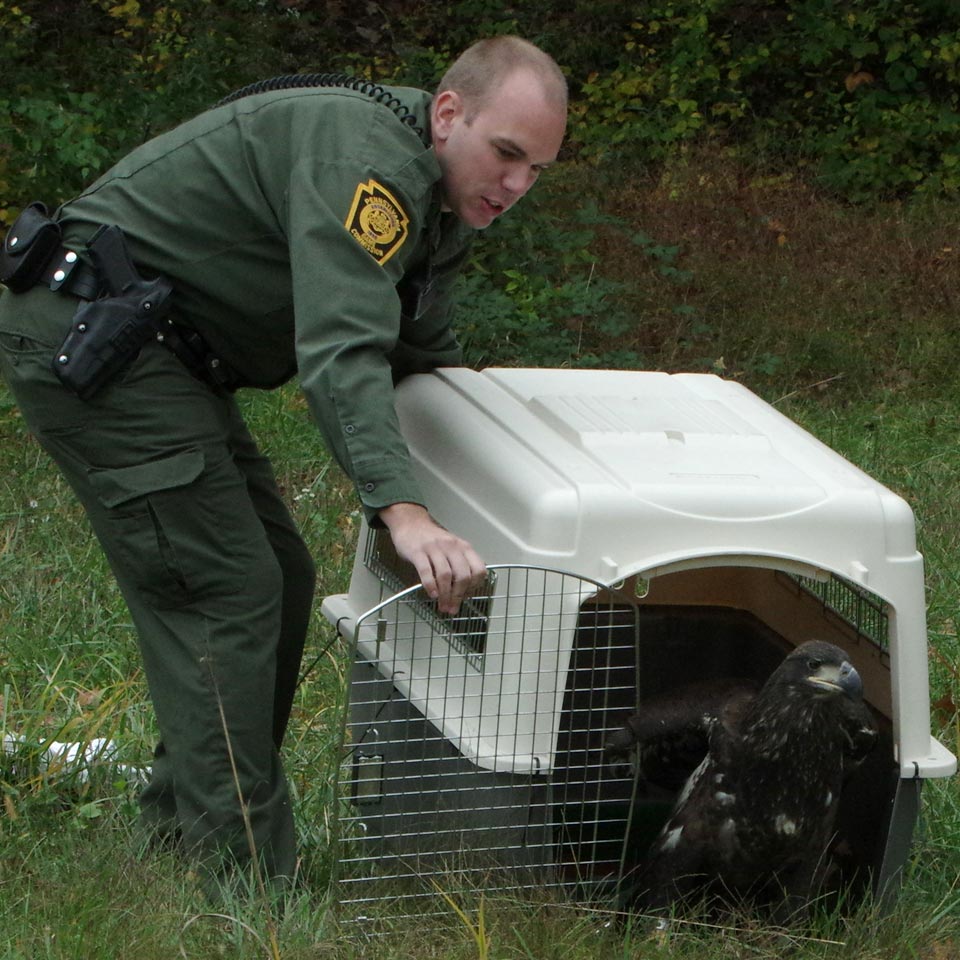 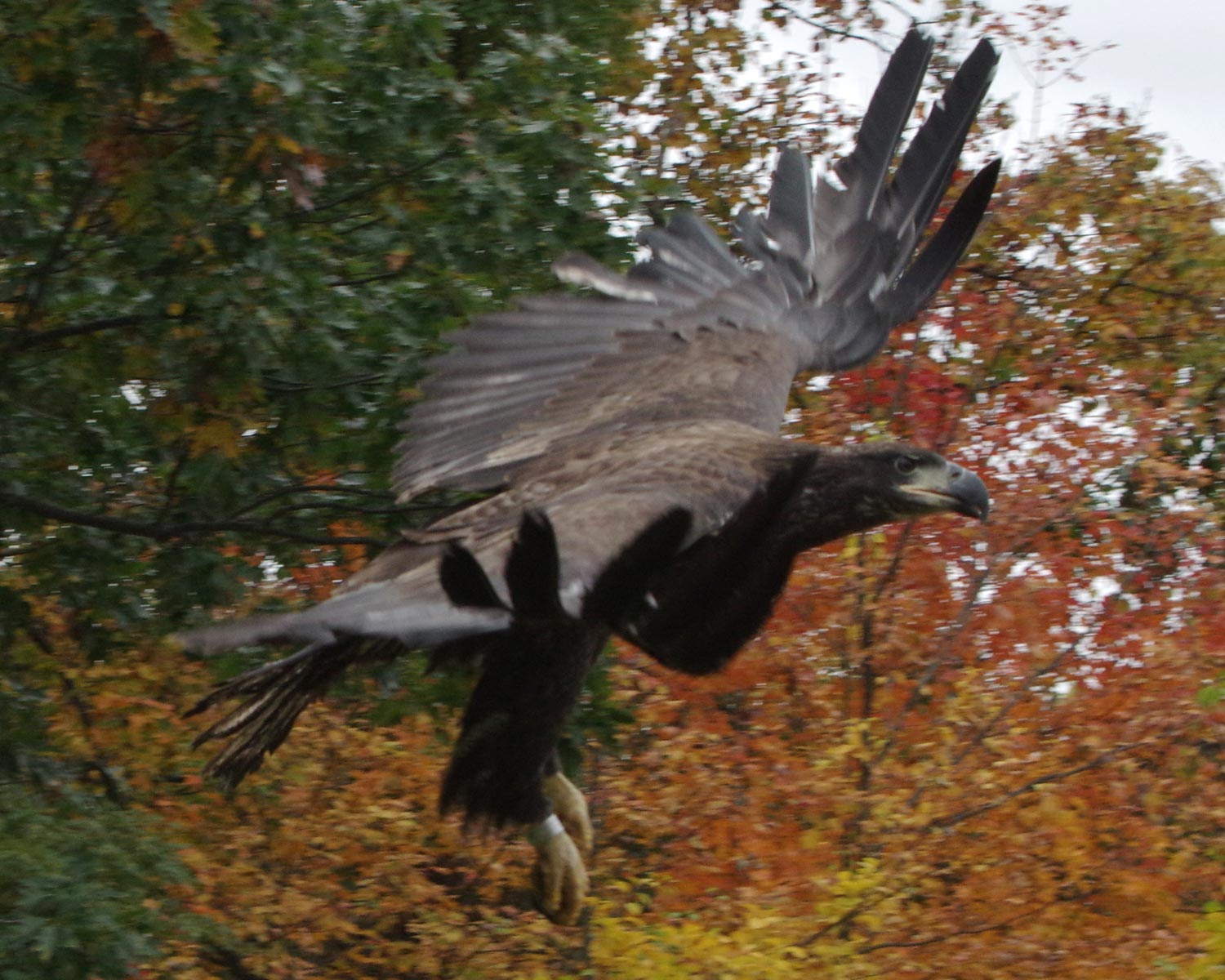