“In addition, Sanders understands how ISIS and other groups wage war. The primary goal of groups like ISIS is to lure America into asymmetric wars that mitigate our military advantages; submarines and nuclear weapons can’t defeat IEDs or insurgents hiding in apartment buildings. The willingness of Bernie Sanders to move beyond the traditional American paradigm of continual war, in the hopes of ending continual terror, is why Sanders has the right formula to defeat ISIS” [HuffPo].

“We think of the People of the Id as a part of us, a part of our own community that we must be vigilant against. They are a part of us, but a part we must master” [Salon]. A righteous rant, but I’m always leery of simplifed, colorful schemata.

“Five symbols Donald Trump could use to identify the Muslims in America’s midst” [Quartz].

“[I]n the crowded and unruly 2016 Republican primary, Cruz is trying to position himself as the grown-up alternative to Trump and Ben Carson, two inexperienced and undisciplined front-runners who have so far captivated their party’s most passionate voters by riding a wave of anti-immigrant rhetoric” [AP].

“Bernie Sanders packs the house at Savannah town hall” [Savannah Morning News]. “The venue reached capacity, which is around 2,500 seats, and volunteers frantically searched the rows to find vacant seats for the stragglers. Sanders: “So, I do not represent the billionaire class or corporate America.” Well, that’s a differentiator. A little more potent than “I want to be your champion” (and whatever happened to that?)

“Bernie Sanders more than quadrupled his spending in Iowa during the third quarter, pouring almost a half-million dollars into the state” [Des Moines Register].

“How Snapchat Fits Into Bernie Sanders’s Strategy” [Bloomberg]. Very interesting, especially in showing how Snapchart’s collective content creates a narrative that contextualizes and competes with the networks. Same goes for Twitter. (Which, of course, the stupid money and narcissistic executives who run Twitter do not understand.)

“How The White House Lost Democrats On The Syrian Refugee Bill” [HuffPo]. Steve Israel. Of course.

Existing Home Sales, October 2015: “Sales of existing homes are not a source of strength for the economy, down 3.4 percent in October to a slightly lower-than-expected annualized rate” [Econoday]. And: “Our analysis of the unadjusted data shows that home sales declined” [Econintersect]. But: “Given the lags involved with existing home sales (they are recorded at contract closing), the dip in October likely reflects the brief period of cautiousness that ensued from the market gyrations in August and early September.  Pending home sales for October will be released next Monday, providing a window into whether activity bounced back more recently” [Amherst Pierpont, Across the Curve].

“Are technology’s ‘unicorn’ startups dangerously overvalued or not?” [Telegraph]. “Whichever side of the fence you’re sitting on, you would find something to support your position if you followed the rollercoaster that was last week’s initial public offering of Square, the payments technology company started by Twitter founder Jack Dorsey.”

“The process used by U.S. mutual fund companies to pin a value on shares of private technology companies seems reasonable on paper but, in practice, recent downward marks are sending shockwaves through the start-up ecosystem” [Francine McKenna, Marketwatch].

“The non-manufacturing economy of Greater Philadelphia is getting a big boost from vigorous growth in the University City section where increasing college enrollment and investment in technology and life sciences is driving a boom in commercial, residential and retail real estate development, executives told MNI”  [Market News]. I wonder if the University of Pennsylvania and Drexel have real estate interests… And how this is playing out with the neighborhoods.

Ag: “Hedge funds all but wiped out their net long position in derivatives in the main agricultural commodities, led by selldowns in coffee, and in wheat, in which unexpectedly bearish positioning could set the scene for a price bounce” [Agrimoney]. Bring on the bread riots!

“Current Copper Price Below Cost of Production” [Econmatters (Wayne Harris)]. Maybe they can make it up on volume?

“Indicators suggest bottom could be near but watch out for a crisis first.” I think that’s a bromide, but this still looks like a useful round-up to me [FT, “How to read signals from emerging markets“]

The Fed: “Pssst, want to play the market? Count the Fed leak weeks: study” [Reuters]. ” U.S. central bankers not only regularly leak secret information about monetary policy, but the leaks are so predictably timed that a savvy investor without access to the leaked information could make money just by buying stocks in certain weeks.” Hmm.

The Fed: “[B]arring an outright collapse in financial markets, it is very difficult to see the data evolve between now and December 15-16 in such a way that the Fed suddenly has a change of heart” [Tim Duy’s Fed Watch].

And the same story here: “An FBI Informant Seduced Eric McDavid Into a Bomb Plot. Then the Government Lied About It” [The Intercept]. My gawd, these guys are creeps (“I wanna have control”).

“Nobody ever expected Obamacare to cover all the uninsured” [Paul Krugman, New York Times]. Nobody? Nancy Pelosi: “And we are here now to be — along with the Congresses that — enacted Social Security, Medicare, Civil Rights Act, health care for all Americans. All of that on a par: (March 22, 2010, via). Joe Biden: “You have turned, Mr. President, the right of every American to have access to decent health care into reality for the first time in American history” (March 2010). Barack Obama, November 6, 2013: “We were able to get it done in part because of grass-roots folks like you that fought so hard to make sure we were able to deliver on universal health care” (White House). I hate it when Krugman just flat out lies like that. It makes him look like a Straussian.

“‘Open’ Consultation: Setting the mandate to NHS England for 2016 to 2017” [Open…] “Although you wouldn’t know it, the UK’s Department of Health has been running a consultation on NHS England.  It has kept this quiet in the hope that no one would reply, and it could just do what it wanted. …  You can respond online, and here’s what I’ve sent them.”

“Trust will become the defining commodity of the 21st century, just as oil had been in the 20th century, said [Alex Stamos, Facebook’s chief security officer]. Therefore, Facebook’s future hinges on its ability to foster trust within its massive user base” [Christian Science Monitor]. “That trust, he said, would be the product of Facebook convincing users that it ‘makes choices in their best interests.’ And, more importantly, that the company ‘backs up those choices even in the face of adversity.'” Hmm.

“Iowa’s new climate narrative has emerged as a great story for the nation and other countries heading to Paris. Despite the fact that the United Nations General Assembly declared 2015 to be “the international year of soils,” a global soil carbon sequestration campaign — one that recognizes direct links between climate mitigation, regenerative agriculture and food security — rarely ranks at the top of any high level accords, or even conversations” [New York Times‘ “Iowa’s Climate-Change Wisdom”]. I hope Iowa’s soil is in better shape than Aroostook County’s, where I’m told soil is basically a dust-like filler, fertilizer and pesticides being the active ingredients.

Far too few climate change negotiators took notice of an important proposal called the Four Per Thousand Initiative, which France’s Ministry of Agriculture, Agrifood and Forestry introduced earlier this year. This proposal simply calls for a voluntary action plan to improve organic matter content and promote carbon sequestration in soil through a transition to agro-ecology, agro-forestry, conservation agriculture and landscape management. According to France’s estimates, a “.4 percent annual growth rate of the soil carbon stock would make it possible to stop the present increase in atmospheric CO2.”

Makes me wonder how TPP’s SPS Chapter would impel or impede the Four Per Thousand Initiative. On no evidence, I’d speculate impede.

“Given the pressure of class interests on today’s economic ideas, the long-standing neglect of Keynes’s ideas here in Cambridge does not come as a surprise” [Ann Pettifor, Prime Economics]. A little guantlet-throwing at the core of the British establishment!

“[T]axpayers have effectively handed $4.1 billion to Jeff Bezos over the last two decades” [CEPR]. That’s Bezos personally, not Amazon as a whole. And now Bezos is in the newspaper business! How nice for us all.

“Thelonious Monk Scribbles a List of Tips for Playing a Gig” [Open Culture]. “Just because you’re not a drummer doesn’t mean you don’t have to keep time.”

“Generation meds: the US children who grow up on prescription drugs” [Guardian]. This seems to me like a giant uncontrolled social experiment with serious issues of informed consent. What do readers think? 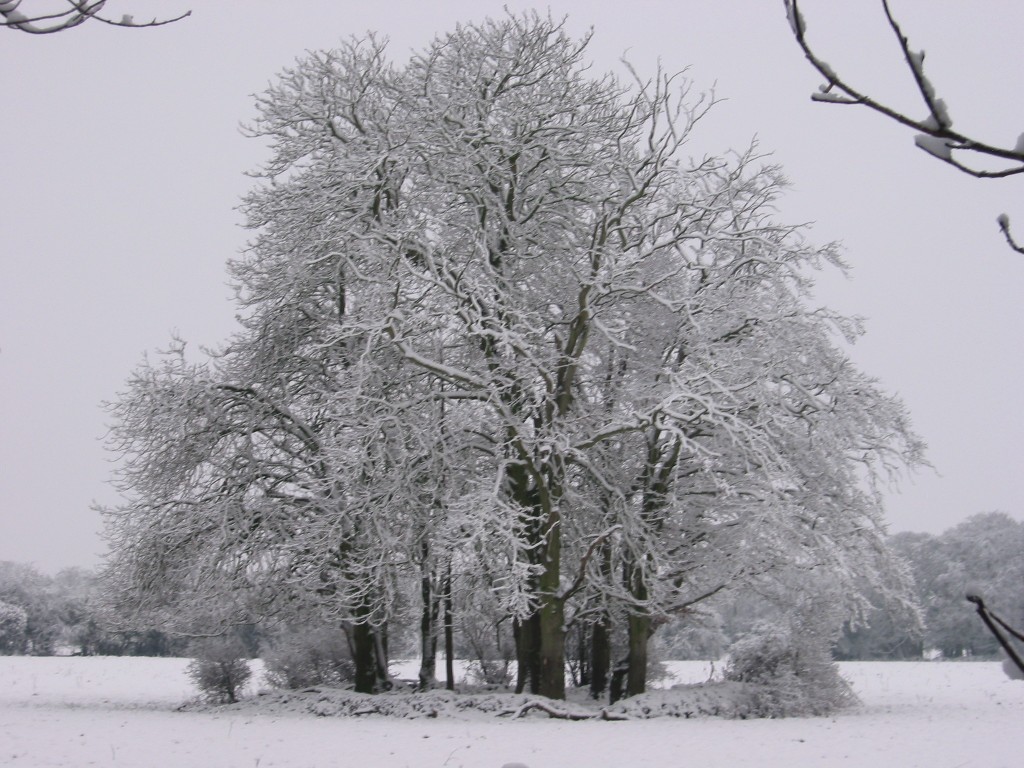 Macetown, County Meath, Ireland. In honor of the first snowfall here in Maine, snarl. Although we’re getting off easy, I know; it’s almost all melted!