Readers, in my post-Thanksgiving Day meal haze, I set the timer for Links incorrectly, so I’ve delayed Water Cooler ’til 5:00PM. Readers from the East Coast, just pretend you’re on California time!

“The EU appears to have given the US oil company ExxonMobil access to confidential negotiating strategies considered too sensitive to be released to the European public during its negotiations with the US on the trade agreement TTIP, documents reveal” [Guardian].

Martina Römmelt-Fella of the Bavarian company FELLA Maschinenbau GmbH launched a business initiative against TTIP,  KMU gegen TTIP (SMEs against TTIP) [Euractiv]. Römmelt-Fella: “We believe that they need to go back to the drawing board, reboot and everything that TTIP is going to regulate needs to be clearly defined. We’ve come up with a checklist of things that should be guaranteed, including transparency, standards and democratic processes…. When Herr Treier [of the German Chamber of Commerce] maintains that ‘European consumer, environmental and social standards will remain,’ that’s nothing more than a pious hope. We don’t have much faith in it. The EU delegation has already caved in, weakening the standards associated with the carcinogenic Captan pesticide. … The large companies want to benefit from TTIP, even if it is at the expense of SMEs, which are often based regionally and provide niche products to a specific market.” I read this as the mittelstand has concerns about TTIP, but I’m not well-versed in German politics. Readers?

“Ted Cruz’s Protectionist Gamble” [National Review]. [I just read the word “protectionist,” so let me get my right knee under control before continuing to type… There!] Note how the editor sharpened the title over the original title, as seen in the URL. Cruz: ““I voted against TPA, and I intend to vote against TPP.”

“[T]he trend in economics [in Southeast Asia] as in diplomacy is towards parallel sets of institutions: the old ones, where America has a leading role; and the new, where it is absent and China dominates” [The Economist].

“Thailand is actively considering joining the Trans-Pacific Partnership trade pact, Deputy Prime Minister Somkid Jatusripitak told The Nikkei and other media Tuesday, going a step beyond the strong interest he had expressed in the past.” [Asia Nikkei Review]. Somkid, extraordinarily, was brought in from the previous government to direct economic policy. So his words carry weight, I would imagine especially with the Thai industrial and business sectors.

“Democratic presidential front-runner Hillary Clinton on Sunday is expected to propose a new tax cut for millions of middle-class families caring for ailing parents and grandparents” [The Hill]. This is so effing small-ball, school uniforms stuff I can’t believe it (although it does benefit a Clinton demographic, since such care falls disproportionately on women). First, it shows how the Democrats focus on ever-diminishing slices of the electorate, as opposed to thinking big and considering people as “the people.” (For example, would single payer help female care-givers, too? Of course it would!) Second, I hate “tax credits” as a policy with the hatred of a million burning suns. For one thing, I’ve got to lay out the money now, and I get the tax break later Second, how the tax credit nets out is indeterminate if your income, and your other costs, are precarious, like 80% or so of the people. Tax credits are beloved by liberals in the 20% on up, because (a) their incomes are not precarious, and they may even have accountants, and (b) because they don’t have to be honest about tax policy and confront those evil Republicans they’ve been cowering before, for a generation.

“Rubio: ‘God’s rules’ trump Supreme Court decisions” [The Hill]. So Rubio can’t take the oath of office, then? And please, please don’t tell me we’re going to play semantic games with “take Care that the Laws be faithfully executed.”

“Bernie Sanders Gets Immigration Policy Right” [Editorial, New York Times]. “Mr. Sanders, the Vermont senator seeking the Democratic presidential nomination, turns away from the insanity. His plan starts with the right premise: that immigrants should be welcomed and assimilated, not criminalized and exploited. His proposals seek to uphold American values, bolster the rule of law, bolster the economy and protect and honor families.” Sanders also plans to use executive authority. At some point, that’s Constitutional crisis material, though, for reals.

“The Demo­crats’ hopes of hold­ing the White House rest on: a) re­mo­bil­iz­ing the Obama co­ali­tion of mil­len­ni­als, single wo­men, and non­white voters; and b) hop­ing that Re­pub­lic­ans nom­in­ate someone out­side the main­stream, like Don­ald Trump. In short: If the Re­pub­lic­an Party doesn’t split in two—which is a dis­tinct pos­sib­il­ity if Trump is either nom­in­ated or runs as a third-party can­did­ate—Re­pub­lic­ans have a clear ad­vant­age” [National Journal].

“Why did the Democrats Lose the South? Bringing New Data to an Old Debate” [NBER].

“How Richard Nixon Created Hillary Clinton” [Bloomberg]. For those who came in late…

“The demise of Trump’s candidacy has been predicted by centrist Republicans and the media alike virtually since the day it began. But there is no empirical evidence at all to suggest it is happening” [The Hill]. Then again…

“Donald Trump has company on the Iowa GOP presidential podium, as Sen. Ted Cruz has moved within the margin of error at the top of a new Quinnipiac University poll released Tuesday,” also from [The Hill].

“Who said it: Donald Trump or Mr. Burns from ‘The Simpsons’ ?” [WaPo]. I’m not sure that’s going to peel off many Trump voters, though.

“On ‘the Preponderance of the Evidence,’ Bernie Sanders Is a Democrat” [The Nation]. Meaning he’s on the Democratic ballot in New Hampshire. So I guess the DNC will have to come up with something more subtle.

“Before taking the speakership last month, Paul Ryan made a promise to fix a “broken” House of Representatives and return the chamber to “regular order,'” which means hearings and debates and amendments and stuff, all of which the Liberty Caucus (to their credit) had been advocating [The Hill]. “In the wake of the Paris attacks, Ryan brought the American SAFE Act—a bill to rewrite refugee vetting rules—to the floor without committee hearings, without input from experts or agencies, and without opportunities for amendment from members of the House.” Bedwetting triumphs over principle, even among deeply principled Republicans. Amazing but true!

All the statisticians are still recovering from their Thanksgiving torpor, so no stats today. Except, of course, Fear and Greed.

Bobby Monks: “It’s really important to have a functional investment process in this country. If you don’t, it isn’t healthy for capitalism” [MarketWatch].

“U.S. e-commerce sales surged on Thanksgiving, raising questions about how many shoppers will show up for brick-and-mortar retailers’ promotions on Black Friday, the traditional kickoff to the holiday season” [Bloomberg]. That would be the holiday shopping season, no?

“Corporate profits are contracting, and that’s a problem, for the stock market and the economy. It’s not quite as attention-grabbing as Black Friday, or even the monthly jobs report, but corporate profits are a key cog in the business cycle, and if they’ve fallen into an earnings recession, that’s a proeblem. So why aren’t more people worried?” [Wall Street Journal, “The Pressure on Corporate Profits May Last Longer Than Expected”] “Strip out [the collapse of commodities, especially oil, and the strong dollar], the argument goes, and everything looks fine. Moreover, people are betting that the collapse in oil prices has run its course, and the rise in the dollar is similarly over. The problem with those dismissals is that oil may not be done going down, and the dollar may not be done going up. … Why does all this matter? Because profits are a key tell of where we are in the economic cycle. Two signs of a downturn are a narrowing of corporate margins, and contraction in corporate profits. … Usually, this is about the time in an “average” cycle when the central bank starting thinking about lowering rates. But this most recent cycle is decidedly not average, which makes figuring out where everything is headed even trickier.”

China: “China share prices slumped the most since Aug. 25 Friday with securities companies leading the falls on news of a widening government investigation into the country’s brokerages” [Market News]

Japan: “The labor market should be a bright spot for Japan’s economy, which suffered a mid-year recession. Yet while unemployment is low and jobs are plentiful, this hasn’t translated into strong wage gains that could help spur inflation. Kuroda has said wage gains have been “somewhat slow” considering strong corporate profits and the solid labor market” [Bloomberg].

“NYT Should Explain How It Selects Which Articles Get Translated into Mandarin” [emptywheel]. Presumably somebody will write the Times public editor, Margaret Sullivan, on this question.

“One of the world’s largest insurers, Allianz, has announced it will begin divesting from coal in favor of investing in renewable energy” [Clean Technica (PT)]. From the same source, see on renewables.

“[Barbara Mikulski,] the Maryland Democrat is known as a progressive champion, but on this issue, she is siding with employers, spurred by a desire to protect her state’s seafood companies at a time when pollution, warming water and competition from companies in Southeast Asia have taken a toll” [WaPo].

“An Israeli foundation is first in the world to research mass production of cultured chicken breast, a real meat product starting from a single cell of a real bird” [Israel21c]. Exactly like “Chicken Little” in Pohl and Kornbluth’s The Space Merchants:

Skum-skimming wasn’t hard to learn. You got up at dawn. You gulped a breakfast sliced not long ago from Chicken Little and washed it down with Coffiest. You put on your coveralls and took the cargo net up to your tier. In blazing noon from sunrise to sunset you walked your acres of shallow tanks crusted with algae. If you walked slowly, every thirty seconds or so you spotted a patch at maturity, bursting with yummy carbohydrates. You skimmed the patch with your skimmer and slung it down the well, where it would be baled, or processed into glucose to feed Chicken Little, who would be sliced and packed to feed people from Baffinland to Little America. Every hour you could drink from your canteen and take a salt tablet. Every two hours you could take five minutes. At sunset you turned in your coveralls and went to dinner — more slices from Chicken Little — and then you were on your own. You could talk, you could read, you could go into trance before the dayroom hypnoteleset, you could shop, you could pick fights, you could drive yourself crazy thinking of what might have been, you could go to sleep.

“What really drives you crazy about waiting in line (it actually isn’t the wait at all)” [WaPo].

“Study Finds Sarcasm Is Good For You. Yeah, Right” [Wonkette].

“How to argue better, according to science” [Vox]. 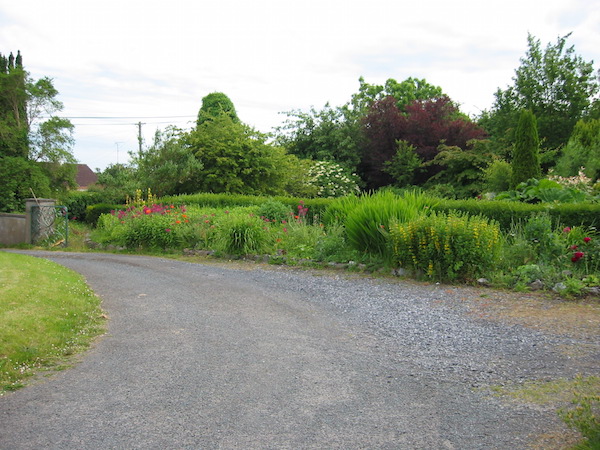