2015 Certainly to Be Warmest on Record New York Magazine (resilc)

One point that AEP does not raise is the growth in population. See in particular the change from 2000, which also was about when the euro was introduced:

https://www.google.fr/publicdata/explore?ds=d5bncppjof8f9_&met_y=sp_pop_grow&idim=country:SWE:FIN:NOR&hl=en&dl=en#!ctype=l&strail=false&bcs=d&nselm=h&met_y=sp_pop_grow&scale_y=lin&ind_y=false&rdim=region&idim=country:SWE:FIN&ifdim=region&hl=en_US&dl=en&ind=false
The charts do not include 2015 when Sweden will have taken in 200 k refugees. The population is circa 9,5 million.

There is a broad majority in Sweden to say that immigration (including refugees) is good as it boosts the economy over time. Finland adopted pretty much the opposite view.

Goldman came out this morning with its updated growth forecast for the coming years. Sweden is expected to land between 2,3% and 3,4% through 2019. I do not have the numbers for Finland but I would guess that Goldman expects the country to be clearly below the euro average of 1,5%-1,7%.

QE in the Eurozone Has Failed EconoMonitor

In the fight against ISIS, Russia ain’t taking no prisoners RT

If We Want To Stop Terrorism, We Should Stop SUPPORTING Terrorists George Washington

ISIS Toyota trucks: 60 to 80% of weapons US sends to ‘moderates’ end up with ISIS Radio Sputnik. DF: ” know it is from The Ron Paul Institute for Peace, however, The State Dept may have been supplying all those Toyota trucks to FSA who turned over them over to ISIS. 60-80% of supplies to FSA are believed to end up in ISIS hands.”

On Syria, Oklahoma and the Refugee in Us All Huffington Post

Military Intervention in Syria Is the Problem, Not the Solution FPIF

The Heresy of Technological Choice Archdruid

In The Beginning Were The Mushroom Clouds Atrios. Lambert: “Atrios seems peeved.”

Reconceptualizing The TPP: The Brotherhood Of The Three Blocs Vineyard of the Saker (JerseyJeffersonian)

Hillary Clinton Told Wall Street To ‘Cut It Out’—Not So Much, the Record Shows Politico. As we said at the time she tried passing that howler off.

“Don’t Shop, Take a Hike” Black Friday: Save the Redwoods League to provide free day-use admission for anyone who visits a participating California Redwood State Park on the Day after Thanksgiving Yubanet (EM)

Fed sends strong signal that rates will rise in December Telegraph. In case you missed the market news of the day.

Would You Pass the Global Financial Literacy Test? Bloomberg (resilc). Warning: I have not had time to read this to see if I agree with the answers!

he Big Idea That Could Bring Disaffected Voters Back to the Polls William Greider, Nation

Uber Is Not the Future of Work Atlantic. Important. Circulate widely.

Antidote du jour. Howard W: “On a warmish day last week, I went down to the Dog Beach on Lake Michigan and captured this photo of two black dogs running with, not fighting for, a stick. Round and round they went, sharing one stick on their run. Socialism!” 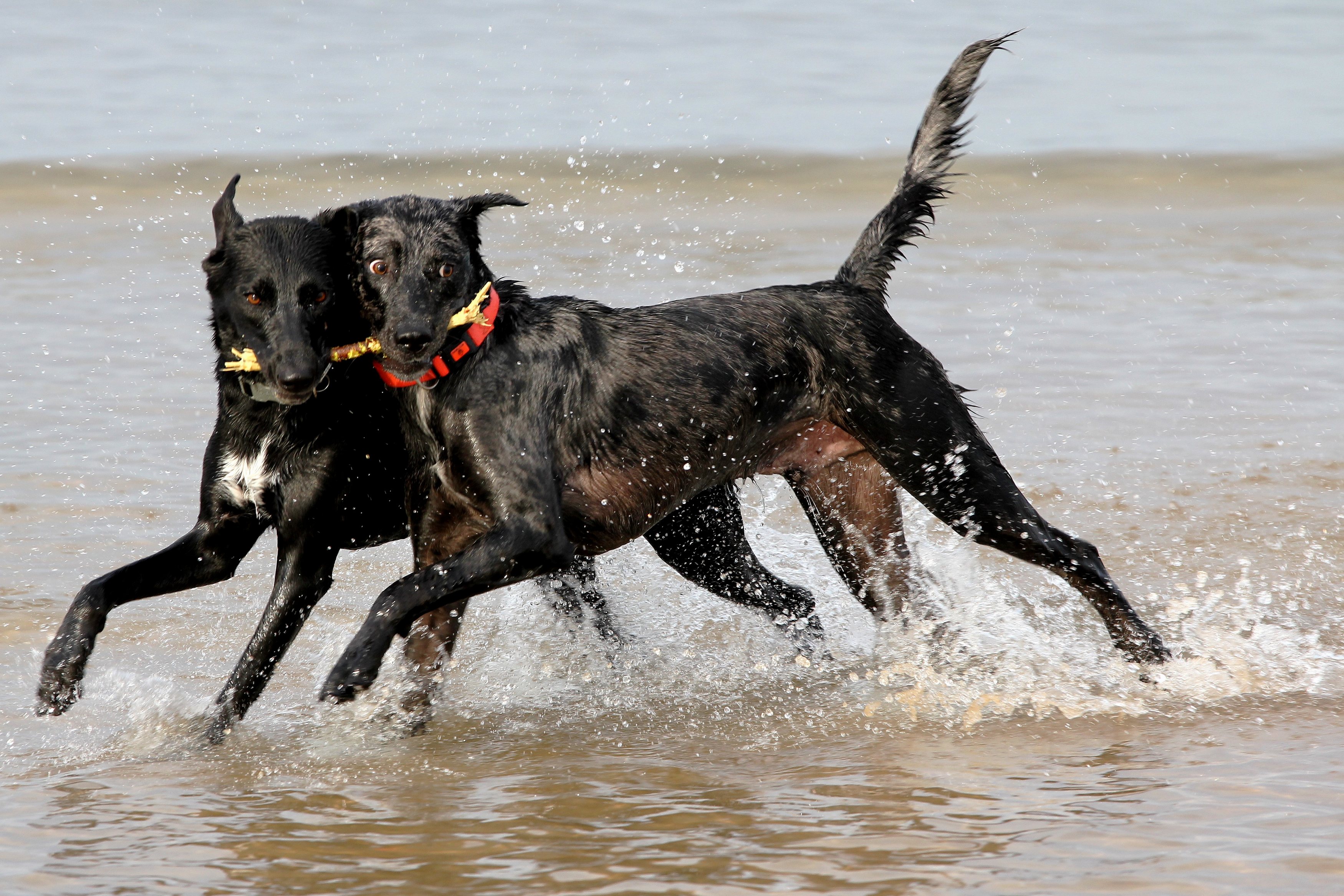 And a bonus video from margarita. The text from the Guardian: “The G20 summit in Turkey had three unannounced guests on Sunday, as a group of cats took the main stage moments before leaders of the world’s major economies were due to make an appearance. The curious felines ran across the stage, sniffed at flowers on display and then scampered off.” Keep in mind that stray cats are virtually official city mascots in Istanbul.