Yves here. University of Connecticut professor Preston Green and his co-authors warn that the rapid growth of charter schools is producing a charter school “bubble”. Key to the rise of charter has been lax and fragmented oversight, particularly the use of “multiple authorizers” to who approve charter schools, but have no obligation to deal with the mess when schools underperform or fail. 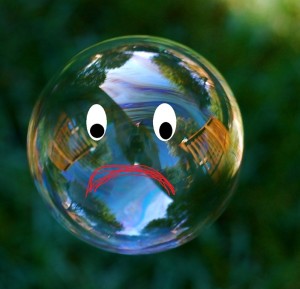 EduShyster: It’s unusual to see the words *hair-raising* and *academic study* in tandem, but your new study merits that marriage. You and your co-authors make the case that, just as with subprime mortgages, the federal government is encouraging the expansion of charter schools with little oversight, and the result could be a charter school *bubble* that blows up in urban communities. Do I have it right?

EduShyster: There’s a great moment in the new movie The Big Short when Selena Gomez turns to the camera and explains to the world what collateralized debt obligations are. Here’s your opportunity to do the same, but for the convoluted world of charter school authorizing.

EduShyster: Your paper raises the spectre that a charter school *bubble* may be forming, particularly in urban areas where these schools are expanding the most rapidly, and often with the least oversight. Can you explain how a charter school bubble would form? And how can I bet against it?

Green: There is an intense push to increase the number of charter schools in Black, urban communities, where they’re very popular because of the dissatisfaction with traditional public schools. Because of this desire for more educational options, these communities are more likely to support policies that could lead to charter school bubbles forming. In fact, I would argue that we are at *Ground Zero* for the formation of such bubbles. Supporters of charter schools are using their popularity in Black, urban communities to push for states to remove their charter cap restrictions and to allow multiple authorizers. At the same time, private investors are lobbying states to change their rules to encourage charter school growth. The result is what we describe as a policy *bubble,* where the combination of multiple authorizers and a lack of oversight can end up creating an abundance of poor performing schools in particular communities.

EduShyster: What’s fascinating and frankly disturbing about your research is how well the subprime analogy fits, down to the edu-equivalent of predatory lending practices in particular communities. But it seems important to point out that these bubbles have their origin in worthy policy goals, like increasing home ownership, or sending more kids to college. Who would be against that?

Green: Who would be against that? That’s the power of the choice argument. Folks in poor communities and Black, urban communities obviously want better opportunities for their kids. And I don’t blame them for really pushing for better options. But I do feel that there are people taking advantage of their desire to get better opportunities by pushing forward more options for charters without ensuring that these schools are sufficiently screened. The argument that I hear all the time that drives me crazy is that *obviously this is a good choice. Look at all the parents who are standing in line.* That’s just evidence that people want a better education. That doesn’t mean that they’re actually getting it. What I’d love to see happen is that we have programs and oversight in place to ensure that their choices have meaning. I’m afraid that we’re going down a path right now where we may not be setting up those mechanisms to provide those assurances.

EduShyster: You make a provocative argument that what could ultimately cause the charter bubble to burst in these communities is lawsuits, including those filed by parents against charter schools on civil rights grounds. Explain.

Green: You’re already starting to see that happen. In New Orleans, for example, charters have been sued for failing to provide students with disabilities with an education. This is such a problem that the US Department of Education issued a guidance letter last year reminding charter schools that if they receive federal money, they also have to comply with federal statutes such as Section 504 or Title 6. You may also start seeing state constitutional challenges, like we saw in Washington state. Where I see this playing out is that if you have too many charters or options that aren’t public having a negative impact on the education system as a whole, you may start seeing challenges in these communities saying that the state is failing to provide children with a system of public education, or that the options provided aren’t of sufficient quality to satisfy the state’s obligation to provide a public education. The assumption is that if kids fail to get an education in a charter school they can return to the traditional system. But what happens if you don’t have that option? You may soon see that develop in all of these urban settings. The really scary scenario that I could see happening is that you end up with all of these options that aren’t traditional public schools with insufficient oversight by the authorizers and no real pressure to get these schools to perform well.

EduShyster: The paper ends with some very helpful suggestions about steps that might be taken to avert a charter school bubble. Since the subprime mortgage crisis taught us that your advice will be completely ignored, I want to give you the opportunity to share here.

Green: If we’re going to have multiple authorizers, we have to impose standards to ensure that they do a good job, because without those standards there is really no incentive for them to ensure that these schools are operating in an acceptable manner. I should also mention putting sanctions in place to prevent the really squirrely practice of *authorizer hopping,* where schools are closed by one authorizer and then find another authorizer, which has happened quite a bit in places where oversight has been really weak, like Ohio. Further, authorizers should guard against predatory chartering practices, including fining students for discipline violations.

EduShyster: As someone who predicted the subprime crisis (who didn’t???), I’m going to go out on a limb and predict how this paper will be received. You, sir, will be characterized as an *anti-charter ideologue.* Is that an accurate description?

Green: I used to be much more pro charter than I am now. I was really, really, really pro charter. I see my research as explaining the systems aspect of charters. I look at how these schools fit into the system of public schools, and at what terms like *public* and *private* mean in terms of oversight and student rights. This particular paper lays out how instances of fraud and mistreatment of students can happen systematically—how they’re embedded in the system and not just examples of rogue charter school operators.