This is both a private equity joke and a test to see if you’ve become buzzword compatible enough to get it. If you do, you go the the head of the class. If not, please ask for an explanation in comments and the investment-industry-savvy members of the commentariat are sure to pipe up to help.

And don’t feel bad if you have been reading our private equity posts faithfully but find this a bit beyond you. One of the pet tricks of financiers is to use specialized terminology for concepts that are for the most part not all that hard to understand. 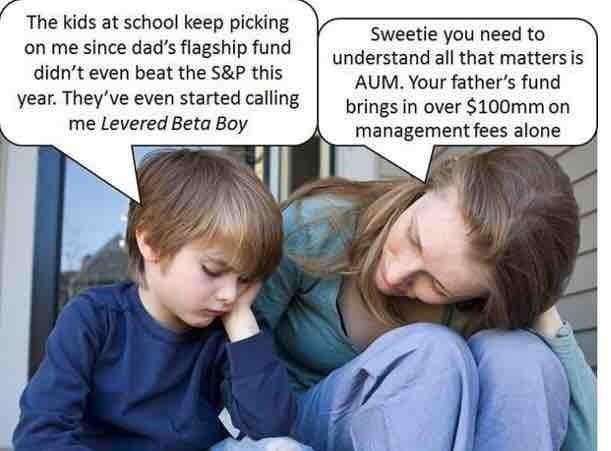