Toxic Chocolate As You Sow (Judy B)

Look out Cuba, here we come The Conversation. Glenn F: “Aaahh!! Nothing like the smell of Roundup in the morning.”

The Blaster: Grand Strategic Blowback for Neo-Imperial War Consortium News. Chuck L: “I’m sending the link to this re-post of John Marshall’s piece at Consortium News instead of the CN link itself because I think Chuck Spinney’s brief introduction makes more explicit the strategic gravity of the threat that the current wave of uncontrolled immigration presents to Europe.”

In Brussels Bombing Plot, a Trail of Dots Not Connected New York Times

NHS would be put under threat by Brexit, says Jeremy Hunt Guardian

Iran’s ‘Suez Canal’: Tehran Could Connect Caspian Sea and Persian Gulf Sputnik. Chuck L: “Follow up comment: A quick look at online maps of Iran suggest to me that the listed projected cost of $7B is ridiculously low, probably by an order of magnitude or more. There are mountains to be traversed or moved, and the crow-fly distance is about 500 miles!”

“Despite the Handicap of Her Sex”: Dr. Cora Du Bois, American Bad-Ass of the OSS in Southeast Asia War on the Rocks. I’m putting it here so you can see the difference between how the US approached intelligence not all that long ago v. now. Even if you know about the OSS, this gives some illuminating detail.

Empty American promises and the lives they can cost Reuters

The US has become a “muffled zone.” Sic Semper Tyrannis (resilc)

Law enforcement investigators seek out private DNA databases WTOP. Readers may recall that I deemed people who turned over their DNA to vendors who tied it to their health apps to be nuts. And more generally, I’ve also been of the school that unless you are in a gene pool which has a strong tendency to certain specific and nasty genetic risks, that you were similarly nuts to have you DNA collected and tested. This confirms my reading of where this was going to wind up. Chuck L: “It’s because of news stories like this that we need an emoji for disgust.”

Why Are Educators Learning How to Interrogate Their Students? New Yorker (furzy)

Bernie Sanders pulls even with Hillary Clinton in a new poll. Because it’s the economy, stupid. Washington Post (furzy)

Sanders sharpens attacks for N.Y. showdown that may dash Clinton’s unity hopes Washington Post (furzy). Translation: Clinton tries to blame lack of receptivity among most Sanders voters on Sander’s (finally) taking aim at her, as opposed to their existing antipathy for her.

6 Ways Elizabeth Warren Trashed Trump This Week—And Stood by Bernie Alternet. Note the contrast between this article and the comments in the Post story immediately above re Warren. The Clinton camp seems to be messaging that Warren’s attacks on Trump were pro-Clinton, as opposed to attacks on Trump. In other words, “not A” is not necessarily the same as “B”.

Does Trump Have a Foreign Policy? National Interest Blog. Resilc: “Better than Clintoon LLC and her neoconzzz.”

The $2.5 Billion U.S. Power Line That No State Can Stop Bloomberg (resilc)

In Yahoo, Another Example of the Buyback Mirage Gretchen Morgenson, New York Times. Remember that Yahoo also turned down a buyout offer from Microsoft in 2008 of $45 billion, and Microsoft was considering going as high as $50 billion?

Mish busy shopping online for his newest robo-bride. Prediction: those sidewalk-scurrying giant-cockroach delivery bots are gonna be a huge target for vandalism, quite possibly from the human workers they displace, or an emergent neo-Luddite ‘disappeared by robots’ movement – much of the same demographic behind Trump’s rise. The techno ‘solution’, obviously, will be to equip the next-gen robots with ‘enhanced surveillance tech’ and defense mechanisms like pepper spray, blaring sirens, etc. Robots vs humans warring in what once were public sidewalks and spaces. Gotta get those 4am pizzas to the pudgy fast-fingered code monkeys welded into their office chairs and to the government types who rarely see the light of day on time!

Winter in the Hamptons: food pantries, poverty and homelessness Guardian

What the Clinton Library Says About Welfare Reform Atlantic

Robert Reich: We’re talking about the largest redistribution of wealth to the rich in American history Salon

Antidote du jour. Via JessM, a story at The Dodo about a lion named Lambert who loves blankets. Here are photos as a cub and as a young adult. The story has lots of pix and videos too. 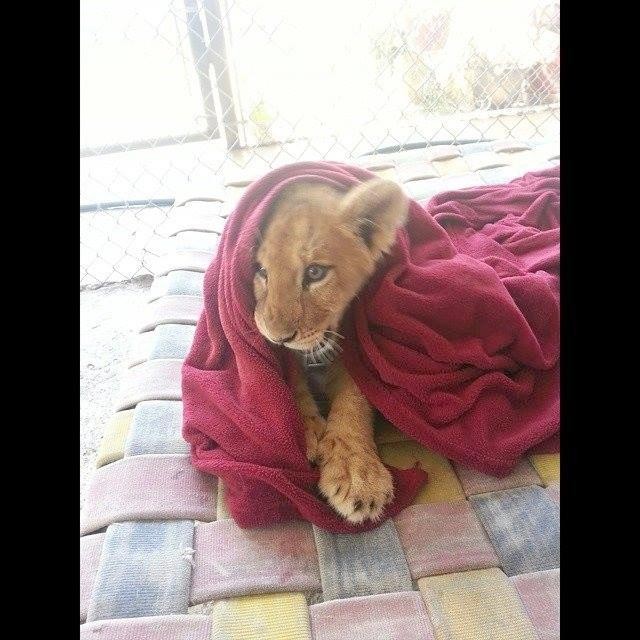 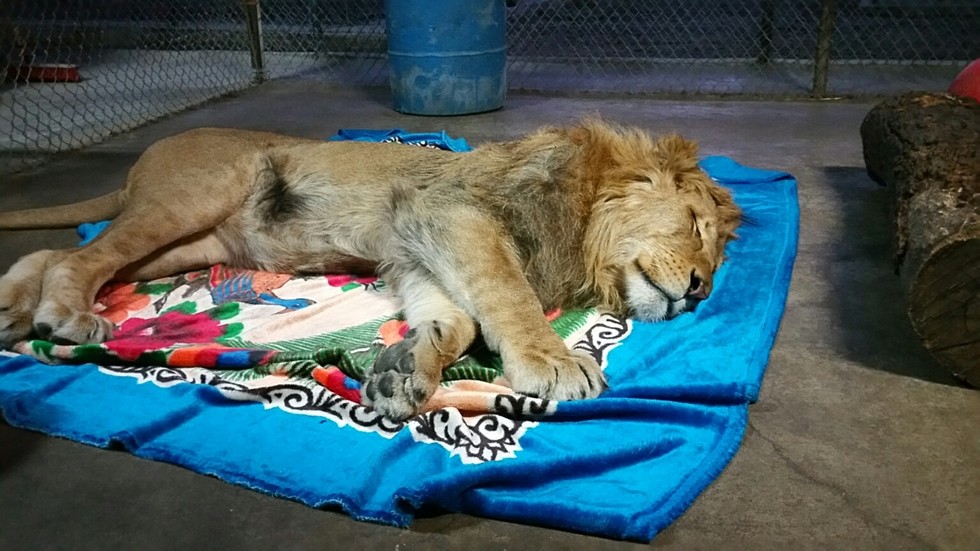