Zika virus ‘scarier than thought’ says US BBC. I don’t like the use imprecise and emotional language to discuss public health risks. This comes off like scaremongering, not an assessment.

IMF commends negative rates despite the risks Agence France Presse. Since the IMF has wrecked emerging economies, why should they stop there?

US calls for more aggressive IMF policing Financial Times. Treasury begs to differ with the IMF on negative rates, since the only way it has a positive impact on growth is through currency depreciation, although it hasn’t worked that way in practice for Japan lately or Switzerland.

A guide to the 5 biggest revelations from the Panama Papers (so far) Vox. Notice it includes Putin but not Ukraine’s Porshenko.

White Collar Watch: Panama Papers Show How Lawyers Can Turn a Blind Eye New York Times. “Can turn a blind eye”? That’s what they were paid to to.

Cameron vows to stop tax cheats Austrailian. Note that this is part of the Brexit story, since the pro-Brexit Tories are attacking Cameron over his the Panama Papers revelations and his record of being soft on reining in tax haven abuses.

Impeaching a Brazilian President Is Complicated: a Quick Guide Bloomberg

Who Loses the Most From ‘Brexit’? Try Goldman Sachs Wall Street Journal

Russia and U.S. Near De Facto Alliance in Syria Bloomberg

Russia and China Increase Defense Spending While US Continues Cutting Daily Signal. As if that were a bad thing…

How Many States Does Hillary Have to Lose Before the Mainstream Media Calls It a Losing Streak? Alternet. Includes an SNL clip.

Hillary’s Palestine Problem: Could Her Israel-Right-Or-Wrong Approach Hurt Her At The Polls? | Alternet (Chuck L)

From Deontos, an interesting appeal for crowdfunding, via Faceborg: The ‪#‎BattleofNewYork‬ will be distributed this week, before the New York primary. We expect it to have a catalytic effect, amplifying and projecting a movement in motion. We will build on that by making the release of the special issue a news story in itself. It will give tangible (attractive) form to the popular surge needed to push Sanders over the top in New York. ‪#‎GiveBack‬ ‪#‎FeelTheBern‬ ‪#‎NYPrimary‬

Donald Trump, Hillary Clinton Hold Strong Leads in New York Ahead of Primary, Poll Finds Wall Street Journal. This poll finds a wider lead for Clinton than some earlier ones.

Human error caused train derailment, BNSF says: LaCrosse Tribune Reuters. EN: “It would seem that antilock braking technology has not yet come to the world of rail, but proposals for such modest tech-interventions will be drowned out by the ‘we need robots to replace humans!’ pushers.”

The Land of the Rising Yen

The yen may be sending investors a dire warning CNBC

>Mr. Yen has a new prediction for Japan’s currency

A former advisor to Janet Yellen has proposed 4 radical changes to the Fed Business Insider. Potentially a big deal.

Does the Fed chair have too much power? CNN

The case for more capital FT Alphaville. The study sounded promising enough that I wanted to write it up too but then I saw this comment:

I’d argue that the R-squareds the authors reported (0.16 for funding cost scatter, 0.14 for lending growth scatter) suggest they found nothing of the sort, but figured they’d just regurgitate the popular narrative and assume no one really cares about the data.

Goldman Mortgage Settlement Is Much Less Than Meets the Eye New York Times. OMG, the New York Times finally puts a headline on one of these mortgage settlements that should have been applied to all.

For a Generalist, ‘Too Big to Fail’ May Be Too Tricky to Judge New York Times. Andrew Ross Sorkin departs from his usual big finance fanboy-dom. But insurers are not important sources for him, and his TBTF friends are probably annoyed that Met Life got off easy.

The Mohamed A. El-Erian interview: How bad a slowdown do you need as a wake-up call? Business Insider

Uber Is a Nightmare: They’re Selling a Big Lie and the New York Times Keeps Buying It Salon 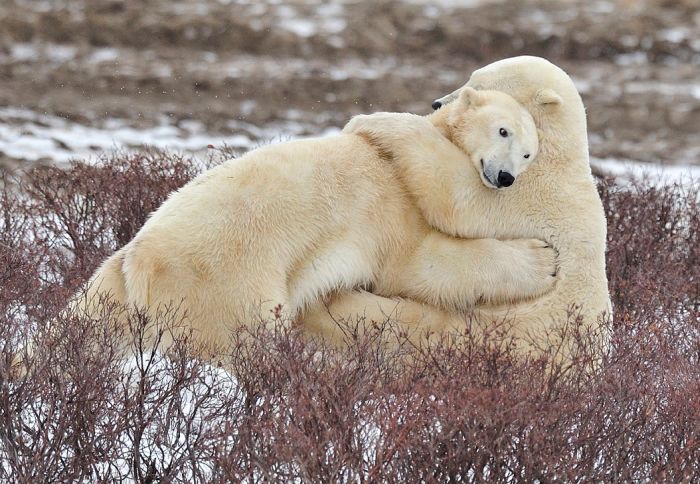 And a bonus video (John M):