Man escapes car dangling on Malibu cliff, only to be hit by bus Reuters (EM) :-(

Agriculture on the Brink TruthOut

Bullet indicates Lawrence of Arabia was no liar PhysOrg

How to Hack a Mouse Scientific American (Robert M)

France, Spain, US launch probes over Panama Papers Politico. The US loves busting foreign banks over money laundering, and HSBS and UBS are up to their eyeballs in this scandal.

Panama Papers: Russian cellist at centre of $2bn offshore web Financial Times. This is a lead story at the pink paper. Funny how they singled that one out and not, say, Porshenko, when the connection is more direct. Putin is widely assumed to have gotten exceedingly rich in the plutocratic land grab when the USSR fell….which took place under the tender guidance of the Dept. of State and Harvard. Not saying this is not a legitimate story, but that it is getting disproportionate attention, for the obvious reasons.

After Panama papers leak: U.S., Britain are eager for names McClatchy (Jason). The names in the database will be released in May.

China workers ‘to account for 12% of global consumption’ Financial Times

Man who ran world’s largest army charged with taking US$12.3 million worth of bribes South China Morning Post. Lambert: “Of course SCMP is owned by Jack Ma now so who knows that this really means… ”

WHEN THE FINANCIAL TIMES TAKES MIKHAIL FRIDMAN TO LUNCH, OCTOPUS IS FOR ENTRÉE, THE MAIN COURSE IS ANOTHER SUCKER John Helmer

Intel Analysts: We Were Forced Out for Telling the Truth About Obama’s ISIS War Daily Beast

The F.B.I. Is Sharing Its Secret for Breaking into iPhones Vanity Fair (martha r)

The Lie of Patriotism TruthDig

A Trade Deal for the 21st Century: An Alternative to the TPP Dean Baker, Huffington Post

Donald Trump has the manner of an arrogant televangelist suspected of murder by Columbo Guardian. Philip D: “Hilarious overview of the primaries from Scottish comedian Frankie Boyle.”

Here’s why Donald Trump could be so disastrous for Republicans, in 1 map Washington Post

Is 538 in the Bag for Hillary? CounterPunch

U.S. top court rejects Wal-Mart, Wells Fargo class action Reuters (EM). The WalMart decision seems particularly important since it seems at odds with the horrid Amazon decision on what employee time an employer ought to pay for.

Mississippi vs. Everyone: State’s pushing obscene law that’s not only anti-LGBT, it could also force women to wear makeup Salon

A Man Is Facing Life in Prison After Allegedly Stealing Candy Bars Vice. Resilc: “If only Countrywide Credit stole some Mars bars.”

Woman shot to death by Auburn police sought help but officers ‘put a bullet in her,’ parents say Al.com

White resentment is fueling opposition to gun control, researchers say Washington Post. Consistent with what Michael Moore pointed out (based on mere observation) in Bowling for Columbine.

We Need Fiscal Policy Forbes. Yes, sports fans. The MSM did not pick up that Yellen basically said that, and got a hardball question from of all people Glenn Hubbard of Columbia Business School (yes, THAT Glenn Hubbard, for you Inside Job fans)

Pimco raises the heat in battle with Bill Gross Financial Times. This is gonna be fun.

Business Execs Support Progressive Policies, but The Chamber of Commerce Fights Them Gawker

Even D.C. workers who already make $15 want a raise Washington Post. Washington is not a cheap city in which to live. 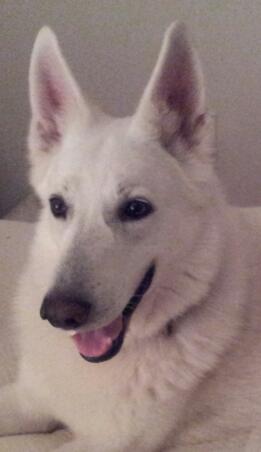