I’m a little behind, so your full roster of Links should be up by 8:00 AM. Early visitors please come back then!

The Inclusive Cost of Pandemic Influenza Risk NBER (resilc). If you need something new to fret about: “Estimates of the long-term annual cost of global warming lie in the range of 0.2-2% of global income. This high cost has generated widespread political concern and commitment as manifested in the Paris agreements of December, 2015. Analyses in this paper suggest that the expected annual cost of pandemic influenza falls in the same range as does that of climate change although toward the low end.”

Publication Bias Is Boring. You Should Care About It Anyway. Mother Jones

A spiritual successor to Aaron Swartz is angering publishers all over again ars technica (Chuck L). Elsevier saying it’s not a bad guy is risible.

The Panama Papers’ Sprawling Web of Corruption New York Times. Wellie, the news types say they can’t say anything about the Panama Papers because they don’t have access to them, but this editorial steps into the breach.

The Panama Papers: A Tropical Tip of the Hidden Wealth Iceberg Institute for New Economic Thinking. An interview with Gabriel Zucman, a world-recognized expert on hidden wealth, who is now at UC Berkeley.

China’s 450 million millennials, the new miracle Sydney Morning Herald. EM: “Capsule summary: Paid Kool-Ade drinker says ‘this time is different’. Note the emphasis on the need for ‘improved messaging’ by the government. Ignore that collapsing global demand and those robots coming for manufacturing workers’ jobs … we simply need to get better at telling da peeps how great things are!”

Fitch: Why a Chinese hard landing is unlikely CNBC

Do the Milwaukee County results mean Hillary’s vaunted firewall in the black community has cracked more than the media admits? Milwaukee County is almost 27% African-American and 14.2% hispanic, according to the US Census, but Hillary only beat Bernie in that county by about 3.5%. In New York state, 17.6% of residents report themselves as African-American and 18.6% as hispanic. Pennsylvania is 11.6% black and 6.6% hispanic, with New Jersey 14.8% African American and 19.3% hispanic. Predominantly white counties went Bernie by wide margins. Milwaukee County, which is very conservative, must make the Clinton camp at least a little nervous….

Year Of The Outsider: Why Bernie Sanders’ Democratic Rebellion Is So Significant Social Europe

17 States to Go! Democrats and Indies Can Still Register in Most Daily Kos (furzy)

Bernie To Hold Rally In Washington Square Park NYULocal (martha r). That is REALLY a small park for a metro area like NYC.

Hillary Needs a Plan for Tackling Tax Havens New York Magazine. So she can pretend to be anti-something when she was demonstrably for it earlier, like the TPP and fracking?

Trump’s defeat will not prove a turning point Financial Times

Low oil paradox: Why economy has not gained from big drop Financial Times

ASIC and Westpac face off over rate rigging Sydney Morning Herald. Davin: “I think some bank traders must just want to get caught. Why else would they say openly on tape: ‘I know it’s completely wrong but f— it, I might as well, I thought f— it. We’ve got so much money on it we just had to do it, right?'”!

How a billionaire hedgie hopes to fix corporate America Yahoo (furzy). Anyone who touts “free markets” as virtuous is at best intellectually incoherent and at worst a propagandist defending the status quo. I don’t trust this as far as I can throw it. And Lambert sent confirming information (and then some!) for my initial reaction:

I may be painting this picture too colorfully, but Paul Tudor Jones is that lunatic donor who helped get UVa President Sullivan fired because a cabal of board members and Deans got all excited about MOOCs and thought Sullivan wasn’t heaving classroom professors over the side with sufficient alacrity.

It was a horrid episode filled with stupid people, the only redeeming feature being the student protests that got Sullivan reinstated.

Save me from billionaires with bright ideas. 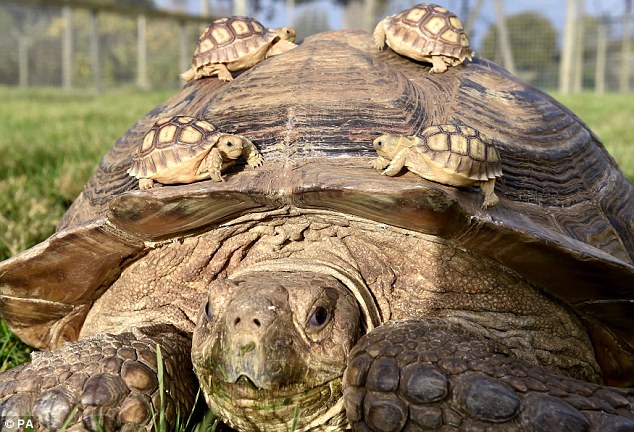