On the reception and detection of pseudo-profound bullshit Judgment and Decision Making (Dr. Kevin). Important. For instance, “As a prime example, the necessary succinctness and
rapidity of “Twitter” (140 characters per “Tweet”) may be particularly conducive to the promulgation of bullshit.”

Is China a House of Cards? Pepe Escobar, Sputnik (resilc)

‘Brexit’ or Not, U.K. Is Part of Europe Wall Street Journal

Berlin seeks to reach Greece deal with IMF Financial Times. Schauble is making more conciliatory noises, but there is still no overlap between the IMF’s and Germany’s positions.

U.S. Treasury’s Lew urges flexibility on Greek debt talks Reuters. Translation: The Treasury supports the IMF in public. But the real question is how far Treasury is willing to go in private.

Big Report, Little Finding: The ITC evaluates the economic impact of the TPP Jared Bernstein. “The findings are largely positive on net but tiny..” And we have the considerable national sovereignity offsets.

Is India holding the line against another TPP? East Asia Forum

Clinton to Californians: Your Votes Will Not Affect the Democratic Primary Whatsoever Huffington Post. Today’s must read. As Lambert recommended, be sure to see the section starting, “CUOMO: So, you get into the general election, if you’re the nominee, for your party” Breathtaking arrogance.

The TSA will ruin your summer vacation and no one can agree on a fix The Verge. A not-bad headline, but the article fails to mention that the criticisms of the TSA were amped up to undermine its union. And notice the three NY airports think the problem is the private contractors (or perhaps more accurately, the staffing the private contractors deem necessary to meet their obligations).

Why Now Is the ‘Golden Age’ of Selling Weed in New York, According to Dealers Vice

Nasdaq just went nuclear on the SEC Business Insider (David L). Over the IEX application to become an exchange.

A 50-Year U.S. Bond Makes More Sense Than Ever Bloomberg. Resilc: “No way, try the endless war bond instead.”

Top Economic Blogs of 2016 Intelligent Economist. Resilc protested NC being #21, but the ranking puts MSM and “institutional” blogs above “general blogs” which is where we sit. We’ve pretty much always ranked between #2 and #5 in stand-alone blog rankings (we’re #4 in this categorization), save one that was a network analysis based on influence that put us as #1, ahead even of Krugman and FT Alphaville. But this looks to have a right-wing bias. New Economic Perspectives and the Institute for New Economic Thinking’s blogs are missing. And VoxEu and Bruegel are also absent.

Antidote du jour. @Strange_Animals: “The adorable silky anteater is the smallest species of anteater, with a body length of just 19 cm.” 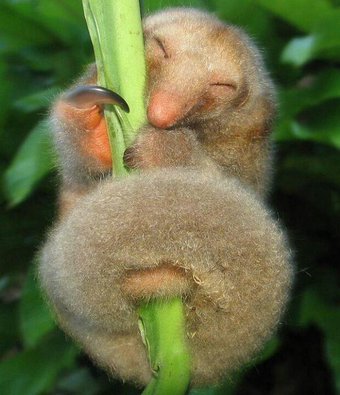