Fish out of water are more common than thought Science Daily

The IMF’s Warning to the U.S. The Atlantic

Opinion analysis: The exclusionary rule is weakened but it still lives SCOTUSblog. “Utah v. Strieff is a significant win for the police.”

Goodbye, Password. Banks Opt to Scan Fingers and Faces Instead. NYT. “The trade-off, of course, is that in the quest for security and convenience, customers are handing over marks of their unique physical identities.” What could go wrong?

Passenger drones are hovering over the horizon The Economist

Views: What Do Chinese Women Think of Hillary Clinton? Caixin

EU referendum: Race ‘too close to call’ as four polls give different sides the lead on final campaign day Telegraph

Brexit Tomorrow? Probably Not Down with Tyranny

What to Expect in the U.K.’s ‘Brexit’ Vote WSJ. Events on referendum day.

What will happen after the EU referendum: a timeline FT

After Brexit: Roadmap for a leap in the dark Reuters

Why I believe Britain belongs in Europe Martin Wolf, FT

Why Brexit would be a history-defining, irreversible mistake Larry Summers

Brexit’s Real Impact Would Be Gradual and Global WSJ

Will Brexit Be End of Party for London? Der Speigel

Denial then panic: how the EU misjudged the British mood Guardian

Half of Leave voters believe EU referendum will be rigged Politics.co.uk

Why the Science Community Says No to Brexit Scientific American

EU referendum: Juncker in ‘out is out’ warning to UK BBC

In the Science of Civilizations, Brexit Is the European Union’s Reckoning Wired

‘Why not Texit?’: Texas nationalists look to the Brexit vote for inspiration Guardian

‘Brexit’ Vote Already Has a Winner: The Gambling Industry NYT

Is There Any Dignity Left in Politics? NYT. Betteridge’s Law….

Democratic revolt over gun laws brings House to a halt McClatchy. Billed in the press as a “sit-in.” Oh? Where are the cops in flak jackets? The tear-gas? The armored personnel vehicles? The LRADs? Wake me when some pols are kettled. This spectacle from the same party that orchestrated a 17-city paramilitary crackdown of Occupy! It pains me to agree with Paul Ryan, but when he calls this a “stunt,” he’s right. I think the Democrat Establishment has lost its mind.

The Democrats Are Boldly Fighting For a Bad, Stupid Bill Gawker

Emails: State Dept. scrambled on trouble on Clinton’s server AP. Must read. Beyond belief. Clinton’s people are the Mayberry Machiavellis of IT.

Why the Clinton Foundation and foreign money are an issue McClatchy. Good article, but ends wrong: “…David Brock, a major Clinton ally and founder of Correct The Record, a rapid-response group.” No. Correct the Record, and Brock, are entities on the Clinton payroll.

Is this the new Trump? Politico. “[S]cripted, disciplined.” The RNC also managed to co-ordinate some press releases with the speech, and FOX covered it.

The Note: Trump Takes on Clinton ABC. Inside baseball.

First Read: Trump Tries to Put the Focus Back on Clinton NBC. More inside baseball.

How voters’ personal suffering overtook reason — and brought us Donald Trump WaPo. “The white working class differs in a significant way from the people who have discovered it.” Interesting dichotomy.

Renters Are Making More, And Landlords Get It All Bloomberg 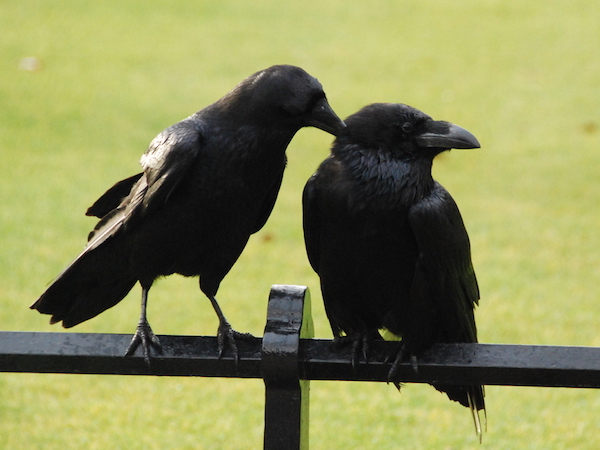