He Tried to Be a Badger NYRB

In clinical trials, for-profit review boards are taking over for hospitals. Should they? STAT. What could go wrong?

Theranos CEO’s 2-Year Ban Leaves Few Options to Save Startup Bloomberg. What a shame. And so innovative.

Interview with Juncker and Schulz: ‘Deadly for Europe’ Der Spiegel

The biggest blunder of them all The New Statesman

Where are we now? Responses to the Referendum LRB

Britain is changed utterly. Unless this summer is just a bad dream Guardian

The post-Brexit ugliness of the left Spiked

The Media Against Jeremy Corbyn Jacobin. “BBC’s political editor Laura Kuenssberg coordinated the resignation of a member of Corbyn’s shadow cabinet so that it would occur live on television.”

Despite fatigue, NATO commits to fund Afghan forces to 2020 Reuters

How the Media Overthrew Party Politics Bill Moyers. Based on this study.

Democrats call for ‘pathway’ to marijuana legalization WaPo. 81-80. “[O]ne Clinton delegate complained audibly that the Sanders delegates ‘wanted 100 percent of everything.'” Yes, and your point?

Unconventional #33: How Paul Ryan could decide whether Trump is dumped in Cleveland (and more!) Yahoo News

Why Trump Was Inevitable NYRB

What I Saw at the Summit In These Times

Obama denies the US is divided after Dallas deaths FT

Police group: Minn. governor ‘exploited what was already a horrible and tragic situation’ WaPo. Diamond Reynolds’ actions were noble, and in a just world she’d get a medal for them.

For Too Many, the Job Market Isn’t Working Bloomberg

A Start-Up Shies Away From the Gig Economy NYT

Forget Montauk: Why Maine Should Be Your Modern Summer Retreat Bloomberg. No! Stay away! This article is a tissue of lies!

Do You Own Your Own Fingerprints? Bloomberg

When Narratives Go Bad Epsilon Theory (CL). Must read, and keep going. Maybe we need to replace “animal spirits” with “the power of narrative”?

Antidote du jour (via). Ducks are big in Japan: 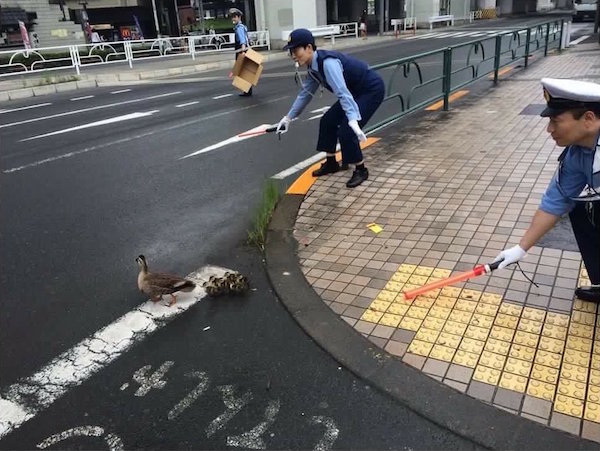