Yves here. I have food poisoning so sorry for short links rations. That also means comments will stay in moderation longer than usual.

Let Sleeping Politicians Lie All Down Under

How to Talk to Fireflies New York Times (David L). This is sort of mean. The fireflies are out to get laid and the humans are getting in their way. Isn’t it enough to watch them?

The exits epidemic – the US empire must be furious unbalanced evolution

ΤΤΙP, Democracy and Europe Defend Democracy. Juncker is an inept bureaucratic infighter. He keeps acting strictly to increase the power of the European Commission, and never bothers to try wrapping his power grabs in some sort of context-specific higher principle. Didn’t work very well in the Greek negotiations. The only reason it might work now is if national leaders are too distracted with Brexit and the refugee crisis to swat him down.

Labor chief: ‘I’m proud of the work’ done on TPP The Hill (resilc)

Indicted or not indicted, Clinton could lose politically McClatchy

Sanders: Party platform still needs work Philly.com. Lambert: “In Pennsylvania, which will tick off the hacks.”

Belatedly, what Sanders’ supporters say about race Reuters. Lambert: “What a surprise. Sanders supporters are less racist than any other candidate’s, including Clinton’s.”

Exile in political Guyville: Why getting Hillary Clinton elected isn’t “women’s work” Salon. Steve C: “Shut up and get behind the neoliberal or we’ll call you a sexist.”

‘President Hillary Clinton?’ She Wants Progress on Immigration and to Drink With G.O.P. New York Times. Mark H files this under “Hillary progressive sellout watch.” Lambert: “Get out the brain bleach.”

Teleprompted Trump may be boring but you should have seen Hoover Bloomberg. Trump didn’t seem to be reading faithfully from the telepropmter. There were differences from his prepared remarks that looked ad-libbed.

Trump vs. the global elite The Hill

Antidote du jour. Robert H warns that the “cute” marching is the result of a bit of off camera herding :-( 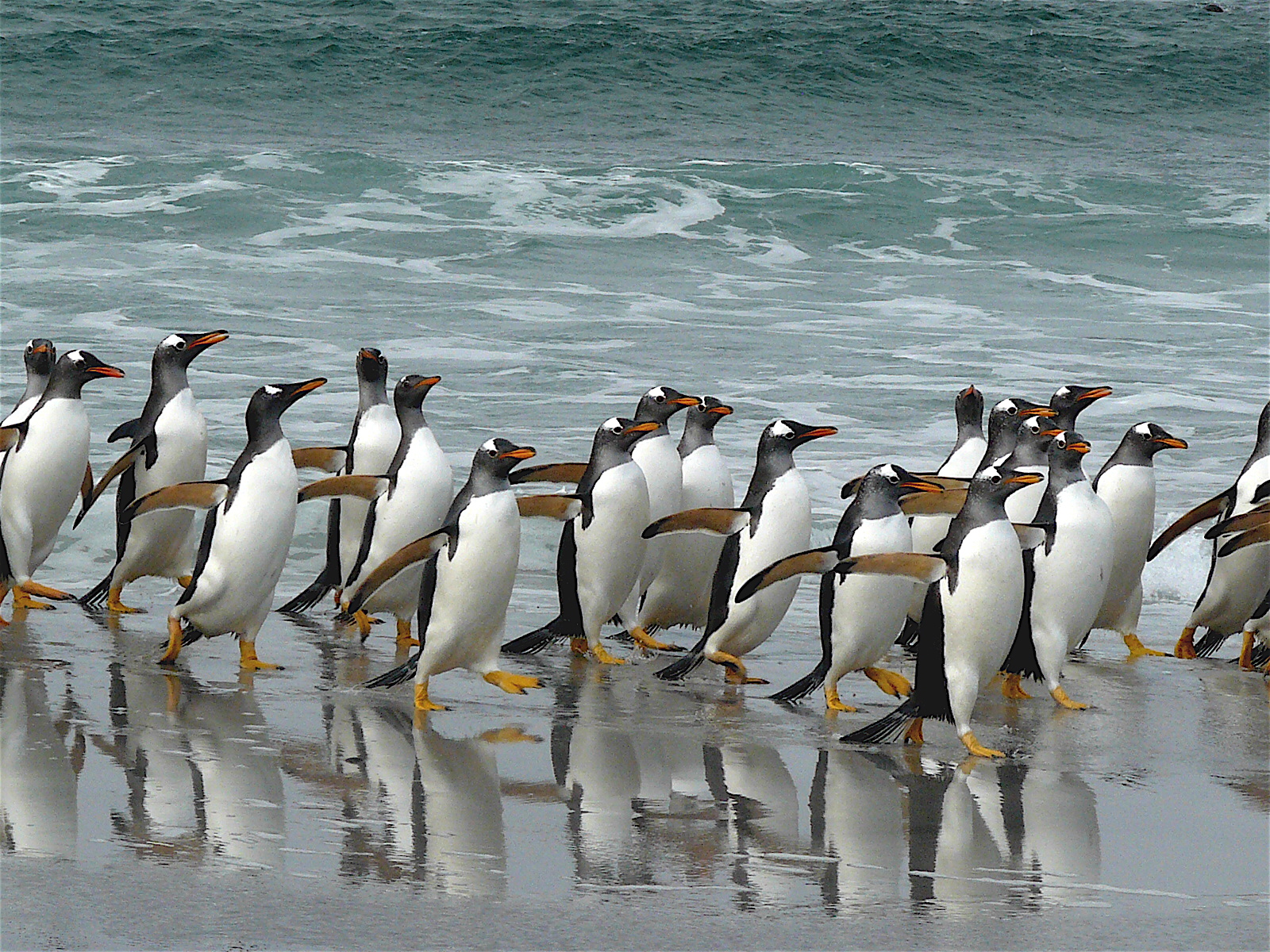