Many cool people will be there. Join the fun. 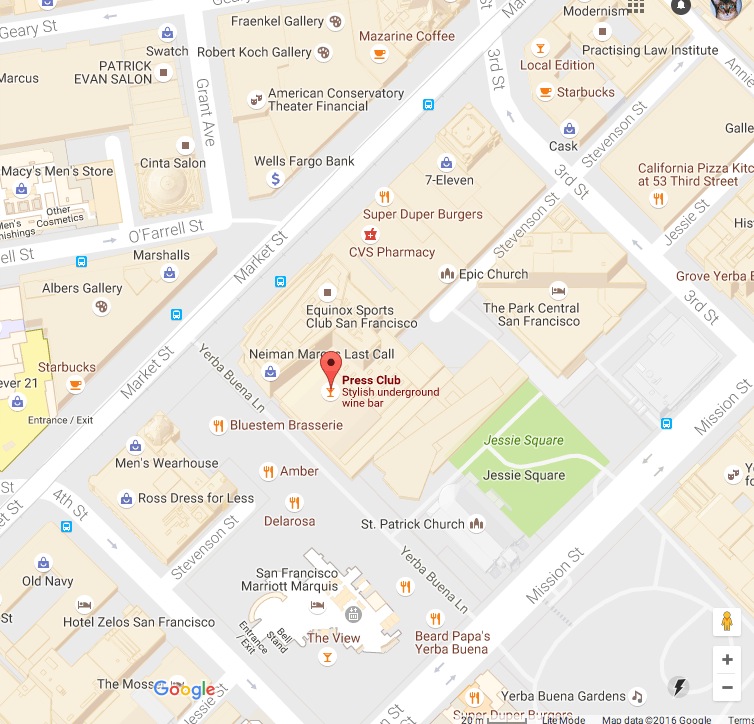 It’s off Market, and Yerba Buena Lane is between 3rd and 4th Streets. Press Club is a flight below street level. We have a large table booked, and they’ll have a sign for us. See you soon!