Readers, as you about to see, I have taken Monday off, as well as Friday, but not on purpose! The latest post on Clinton myths took much more time than I thought, and unfortunately you pay the price. And I can’t even add UPDATEs, because there are now 76 commnents in the moderation queue, which I must process.

Fortunately, there are is only one stat today.

Dallas Fed Manufacturing Survey, November 28, 2016: “Production is picking up as is general activity but new orders are still shrinking, in what are mixed results for the Dallas Fed manufacturing report” [Econoday]. “Still, new orders are disappointing and follow big jumps this month in the Philadelphia and Richmond regions and also gains in Kansas City and New York. But taken together, the advance signs for November’s factory sector are favorable.”

The Bezzle: “7. Pufferfish. c. The practice of making a startup seem larger than it is through subterfuge. [Wall Street Journal, “How Well Do You Know the Language of Startups?”]. “Answer: c. Among other tricks, startups have been known to decorate empty desks and to create elaborate voice-mail systems to make it seem like more people work there.”

Photographing container ships at sea with drones is a thing:

Readers, feel free to contact me with (a) links, and even better (b) sources I should curate regularly, and (c) to find out how to send me images of plants. Vegetables are fine! Fungi are deemed to be honorary plants! See the previous Water Cooler (with plant) here. And here’s today’s plant (PS): 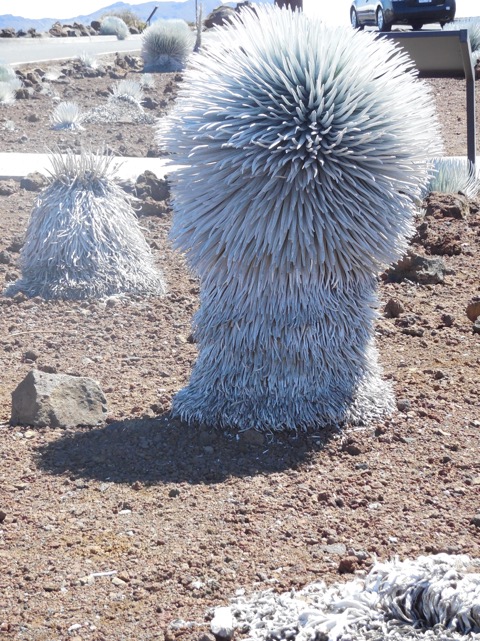 PS writes: “Silversword. Occurs only near the summit of Mt. Haleakala.”