Avocados are driving deforestation in Mexico TreeHugger (J-LS). Like burning forests for palm oil in Indonesia choke everybody downwind.

Kids Win the Right to Sue the US Government Over Climate Change MotherBoard (GF).

TPP’s “Cardiac Arrest”: A Lesson for the Challenges of the Trump Years Ahead Common Dreams

RNC Chair Reince Priebus Is Named Donald Trump’s Chief of Staff WSJ “After meeting with Mr. Trump, the only person to be elected president without having held a government or military position, Mr. Obama realized the Republican needs more guidance. He plans to spend more time with his successor than presidents typically do, people familiar with the matter said.” Should Obama be doing this?

Trump pits establishment against populism at the top of his White House team WaPo. Chief of staff: Priebus. Senior Counselor: Stephen K. Bannon. “Populist” wouldn’t be the first word I’d choose for Bannon, whose Breitbart News is a cess-pit.

What Comes After the Uprising Peggy Noonan, WSJ. “The president-elect should make a handful of appointments quickly, briskly, with an initial emphasis on old hands and known quantities.” Steve Bannon? “It is the patriots who matter, many of whom kept away from Mr. Trump in the past. They are needed now. They have heft, wisdom, experience and insight. ” Steve Bannon?

GOP To Use Previously Unheard Of Tactic To Slam Dunk Trump Agenda Forbes. Reconciliation, but twice.

A badly designed US stimulus will only hurt the working class Larry Summers, FT

What can Trump do? Sorting out his immigration plans Arizona Daily Star

Trump and net neutrality: How Republicans can make the rules go away Ars Technica

Over 200 Incidents of Hateful Harassment and Intimidation Since Election Day SPLC (MR). Documentation.

Trump to supporters harassing minorities: ‘Stop it’ CNN. At the absolute minimum, Trump needs a Sister Souljah moment on this, pronto.

Trump Says Same-Sex Marriage Is Settled Law, Abortion Isn’t Bloomberg. Same-sex marriage was achieved with a grassroots movement; courageous people coming out in their thousands. Abortion was decided by the (highly credentialed, Ivy League Justices of the) Supreme Court. Liberals might take note of how matters get “settled.”

Morning After To-Do List Michael Moore. Unfortunately, making a “compact agenda” of bullet points that provide concrete material benefits to the 90% of Americans who work for wages isn’t on Moore’s list.

Reckoning with a Trump Presidency and the Elite Democrats Who Helped Deliver It The Intercept. Well worth a read.

Polls Showed Sanders Had a Better Shot of Beating Trump–but Pundits Told You to Ignore Them FAIR (MR).

Of course Bernie Sanders could have beaten Donald Trump Philip Bump, WaPo. “If the Sanders team’s emails had been hacked and trickled out by Wikileaks, what might we have learned?” Oh, come on.

These 3 maps show just how dominant Republicans are in America after Tuesday WaPo. “Republicans will still control an all-time high 69 of 99 state legislative chambers. ”

In a Further Blow to Democrats, Republicans Increase Their Hold on State Governments NYT (a few days old, but the maps are useful).

Why We Need a New Democratic Party Robert Reich. “What happened in America on Election Day should not be seen as a victory for hatefulness over decency. It is more accurately understood as a repudiation of the American power structure, including the old Democratic Party.”

What the DNC chair race tells us about the fight for the Democratic Party’s future Chris Cilizza, WaPo. This article is a mess. Great quote, however, from “a former DNC senior official”: The next DNC chair must understand “the intersection [buzz, buzz] of blue-collar fears and urban aspirations.” Oh. Blue collar people don’t have aspirations?

My beef over Hillary Clinton’s loss is with liberal feminists, young and old Tina Brown, Guardian

Liberal feminists, young and old, need to question the role they played in Hillary’s demise. The two weeks of media hyperventilation over grab-her-by-the-pussygate, when the airwaves were saturated with aghast liberal women equating Trump’s gross comments with sexual assault, had the opposite effect on multiple women voters in the Heartland.

These are resilient women, often working two or three jobs, for whom boorish men are an occasional occupational hazard, not an existential threat. They rolled their eyes over Trump’s unmitigated coarseness, but still bought into his spiel that he’d be the greatest job producer who ever lived. Oh, and they wondered why his behaviour was any worse than Bill’s.

Missing this pragmatic response by so many women was another mistake of Robbie Mook’s campaign data nerds. They computed that America’s women would all be as outraged as the ones they came home to at night. But pink slips have hit entire neighbourhoods, and towns. The angry white working class men who voted in such strength for Trump do not live in an emotional vacuum. They are loved by white working class women – their wives, daughters, sisters and mothers, who participate in their remaindered pain. It is everywhere in the interviews. “My dad lost his business”, “My husband hasn’t been the same since his job at the factory went away”.

Divided America: Portraits On The Eve of The Election Bullshitist. Aggregating quotes from the flyover states is a genre piece by now, but this is still a good one.

Trump Won Because Voters Are Ignorant, Literally Foreign Policy. Voice of The Blob.

The End of American World Order The Diplomat

What So Many People Don’t Get About the U.S. Working Class HBR

Note the NFL has steadily increased the number of ad breaks over the years, but what’s really skyrocketed in the last decade is use of those not-so-stealthy in-game ads in various edges and corners of the screen. The overt militarism has also steadily increased, to the point where military color guards are a ubiquitous part of pregame ceremonies and the league mandates teams wear special camo-gear during the week of Veterans Day. Unsurprisingly, the DoD is one of the major NFL advertising partners. I can’t say whether that figures into the decline – concern over head injuries and the rise in popularity of lower-contact youth sports like soccer may well be more important – but I personally find the ad-and-warmongering inundation intensely annoying. 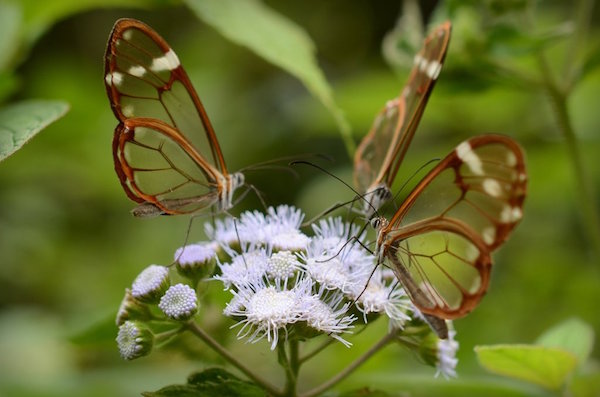