Readers, this is really too short! I’ll be back in a bit with some UPDATEs. Talk amongst yourselves! And thanks for carrying the ball yesterday in comments. –lambert

T Readers, would it be possible for any of you to actually listen to it, and post the time-code in comments if he does? Normally, I wouldn’t post something I can’t find independent evidence for, but in this case the schadenfreude is too delicious. (I’ll cross it out, , if in fact Brock does not weep.)

“The Tainted Election” [Paul Krugman, New York Times]. Oddly, or not, Operative K ignores the ObamaCare price hikes, and fires the blame cannons only at Comey and the Russkis. Aren’t pseud Nobelists supposed to be better with data? And then there’s this:

Personally, I’m still figuring out how to keep my anger simmering — letting it boil over won’t do any good, but it shouldn’t be allowed to cool. This election was an outrage, and we should never forget it.

“The Roots Of The Democratic Debacle” [HuffPo]. Good survey:

Then, after an eight-year period of Republican rule under George W. Bush, who left office with one of the lowest approval ratings in modern history, Barack Obama won the White House in 2008 with the enthusiastic support of a multiracial coalition demanding fundamental—albeit not clearly defined—”change.” In an interview with the editorial board of the Reno Gazette-Journal ten months before he was elected, then-candidate Obama observed that “Ronald Reagan changed the trajectory of America in a way that Richard Nixon did not, that Bill Clinton did not,” adding that Reagan “put us on a fundamentally different path.” The message was clear: unlike Hillary Clinton, his foe in the battle for the Democratic nomination, Obama aspired to be a genuinely transformational president.

Eight years on, we can see that the Obama presidency proved neither transformational nor realigning. Coming into office in the midst of the gravest economic crisis since the Great Depression, his first task was to avoid a total collapse. In confronting this task, Obama departed from one key neoliberal orthodoxy, rejecting austerity and sponsoring a $800 billion stimulus package that helped avert a second Great Depression. But in other regards, he followed neoliberal dogma: studiously avoiding any policies that might undermine “business confidence” and attending solicitously to the needs of capital, including the powerful financial institutions responsible for the crisis.

Thanks to WikiLeaks, we now know that Obama was seeking and following the advice of Wall Street even before he was elected; in a remarkable email dated October 6, 2008, Michael Fromer, an executive at Citigroup, wrote John Podesta, co-chair of Obama’s transition team (and in 2016 the chairman of Hillary Clinton’s presidential campaign), with a list of candidates for 31 cabinet-level positions as “recommended by various sources for senior level jobs.” The list bore a striking resemblance to the names that ended up in the cabinet, including Eric Holder (Attorney General), Robert Gates (Defense), Rahm Emmanuel (Chief of Staff), and Peter Orszag (Office of Management and Budget). For Treasury, the list had only three names: Timothy Geithner, Larry Summers, and Robert Rubin. In the end, Geithner became Secretary of Treasury, Summers Director of the National Economic Council, and Rubin a trusted informal advisor.

UPDATE “This would not happen again, and everyone knew it. It was not just that there might never be another African American president of the United States. It was the feeling that this particular black family, the Obamas, represented the best of black people, the ultimate credit to the race, incomparable in elegance and bearing” [Ta-Nahesi Coates, The Atlantic]. Too bad Obama never put any banksters in orange jumpsuits, and had them do the perp walk on TV. Now that would been true elegance. It’s unpleasant to watch Coates gush.

Yglesias tweets on Clinton scheme to win the election in the electoral college (read this for background):

And from the “Hamilton Electors” themselves. Be sure to click on the full image:

Curious about #HamiltonElectors strategy? Get clear here, and then unite with us to #stoptrump: pic.twitter.com/G3BHdcByUD

The use of their donations funding seem about as sketchy as Stein’s grift. 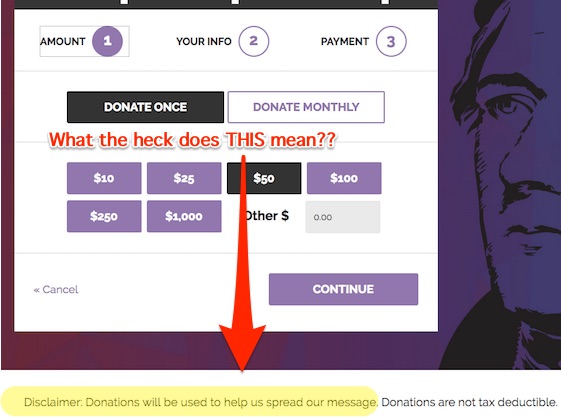 What the heck does “will be used to help us spread our message” mean?

UPDATE ” What Alexander Hamilton Would Want” [Washington Monthly]. “[I]t is entirely appropriate for the electors to demand a full intelligence briefing on Russia’s role in promoting Trump’s campaign and Trump’s connections to Russia, including his susceptibility to blackmail. Their primary (really, only) job is to determine if the president-elect is loyal to the country and the Constitution or if they are controlled by a foreign power. Aside from that, they need to assure that the president has an “aptitude and tendency to produce a good administration.” A hack job, and a sloppy one. Dahlia Lithwick summarized Federalist 68 better than Longman does. See here.

UPDATE “If I sound cynical then it’s because I am. The core of senators demanding an investigation of Russian involvement — Chuck Schumer, Jack Reed, John McCain and Lindsey Graham — are two Democrats who have votes to win on this issue and two Republicans who are prominent neoconservatives” [CNN]. “McCain and Graham opposed Trump throughout the primaries in part because he threatens the hawkish consensus that has dominated Washington for a very long time. A consensus that sees Russia as a perpetual and imminent threat to Western security. Trump’s people see things differently.”

UPDATE “A Brief Guide to Russian Hacking of the U.S. Election” [RealClearPolitics]. Shockingly bad. Not one link, and uncritical acceptance of intelligence sources. Contrast Marcy Wheeler here to see how pathetic this article is.

NFIB Small Business Optimism Index, November 2016: “The small business optimism index rose a sharp 3.5 points in November to 98.4, significantly exceeding expectations” [Econoday]. And but: “Nice Trumped up spike, led entirely by expectations the new President would make everything better, but even with that low by historical standards” [Mosler Economics].

Import and Export Prices, November 2016: The improvement in year-on-year rates is welcome but reflects comparison effects for petroleum which began its price descent in mid-2014. Looking ahead, cross-border trade isn’t going to be a reflationary factor for the U.S. economy, not if the dollar keeps going up” [Econoday]. “By country, China is the greatest deflationary force for import prices, down 1.5 percent year-on-year with the EU right behind at minus 0.8 percent.” And: “At the current rate of moderation of deflation (trend line) – both imports and export prices should start inflating by the end of the year. What was interesting this month is that import fuel prices increased whilst total imports deflated – and export prices deflated month-over-month whilst agriculture imports deflated” [Econintersect].

Employment Situation: “Retailers added fewer workers through the first two-thirds of the typical holiday hiring period – and is down nearly 10% from a year ago” [Econintersect].

UPDATE Commodities: “A 30% increase in copper prices between October 24 and November 28 has been dubbed the “Trump rally” on the assumption the price rise had something to do with U.S. president-elect Donald Trump’s promise to go on an infrastructure spending binge that would boost demand for basic materials and metals” [Mining.com].

Political Risk: Politically, cutting more jobs is not the best move GM could make for the next few months. President-elect Donald Trump, who made a lot of noise about manufacturing jobs during his campaign for the presidency, has not yet waggled his finger at GM as he has at Ford. And the auto industry wants the Trump administration to review (and soften) the mileage and fuel standards they agreed to with the Obama administration in 2012″ [247 Wall Street].

Honey for the Bears: “oil capex spending is asymmetrical, in that it collapsed a lot faster when prices fell then it will recover with prices rising” [Mosler Economics].

Rapture Index: Closes down 1 on financial unrest [Rapture Ready]. Record High, October 10, 2016: 189. Current: 184. It will be interesting to see what the Rapture Index does if the Electoral College defenestrates Trump.

“The election of Donald Trump and his subsequent nominees to several key posts in his incoming administration have raised a lot of concerns in the marijuana industry. According to a recent online survey, more than half (57.4%) of industry players are ‘somewhat’ or ‘very’ concerned about their business prospects under a Trump administration. More than half that total (30%) are ‘very’ concerned” [247 Wall Street].

UPDATE “US EPA says fracking can impact drinking water resources” [Mining.com]. “On its long-awaited report on the safety of fracking, the EPA says the technique can, in fact, have an impact on drinking water under certain circumstances, but noted it can not say the same when it comes to a ‘national, systemic conclusion’ about the impacts of such oil and gas extraction method.”

“Mitigating the risk of geoengineering” [Harvard Magazine]. Don’t worry. The people who matter will always be able to escape to another planet!

“A New Study Shows How Severe U.S. Inequality Is — and How Little We’re Doing About It” [New York Magazine]. “We.” You know, us.

“Counties that are home to a land-grant university have lower unemployment rates than the U.S. overall and bounced back faster from the most recent recession” [Wall Street Journal, “There’s an Antidote to America’s Long Economic Malaise: College Towns”]. I should know; I live in one. But there can’t be a college in every town in Maine!

Economic growth in the United States: A tale of two countries” [Washington Center for Equitable Growth]. Posting this again, because it’s getting a lot of traction.

UPDATE “Vast amounts of data stored by the Australian Taxation Office have been lost in the crash that brought down the agency’s internal systems and customer service websites on Monday and Tuesday” [Sidney Morning Herald]. “All ATO external websites, client portals and tax agent portals, AusKey, ATO online, where taxpayers undertake their self-help transactions, remained unavailable and maintenance pages are up.” Hewlett-Packard….

UPDATE “What’s Wrong With Literary Studies?” [Chronicle of Higher Education]. This is very interesting, and Outis might have something to say about it. A sample:

Felski attacks critique’s stature as the most radical form of thought. Here she draws on the work of Bruno Latour, a French anthropologist and sociologist. Latour questions the assumption that being suspicious and critical makes you a progressive thinker, in contrast to the purportedly credulous and complacent masses. He points out that conservative thinkers are now just as likely to draw on the forms of suspicious questioning associated with critique. Think of climate-change deniers, or all those Trump voters so deeply suspicious of elites.

“What’s Happening to the Bees and Butterflies?” [New York Review of Books]. I see hardly any honeybees anymore, though I do see wasps and bumblebees, and butterflies are much more scarce than I remember them, though I have managed to attract some with wildflowers. 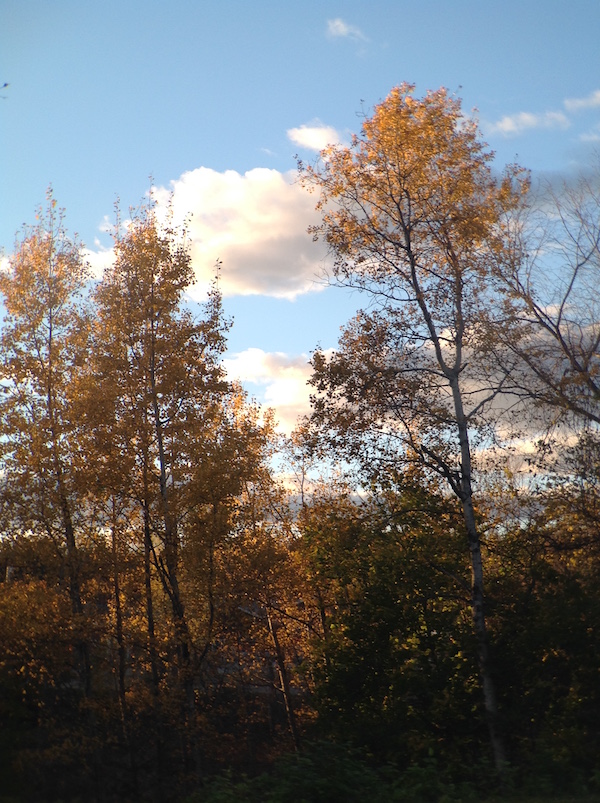