Whenever He Goes Diving, This Shark Comes To Cuddle With Him (This Has Been Going On For 7 Years) Bored Panda

Monkeys Grieve When Their Robot Friend Dies Gizmodo (resilc). Be sure to watch the video. Like humans with Aibos.

Techdirt’s First Amendment Fight For Its Life Techdirt (UserFriendly). I hope this isn’t misunderstood, but this is an issue that extends well beyond the First Amendment. Basically, in America you can be sued. You have to spend a minimum of $15,000 getting rid of it. If the other side manages to get past summary judgment, even if the case has no factual merit, you have to spend a lot of time and $ proving those facts. And if the other side has really nasty and procedurally clever lawyers, they will make a point of making your defense as costly as possible. On top of that, some judges are lazy or biased or thick headed, and you can lose for all sorts of bad reasons.

Scientists turn mild-mannered mice into killers Financial Times (David L). Do I not like where this goes. The obvious application will be the military.

Theresa May to deliver long-awaited Brexit speech on Tuesday Guardian

European judges will rule Britain for years The Times

Once Again, Democrats Are Blowing It on Middle East Peace Foreign Policy in Focus (resilc)

The Obama administration and its legions in the mainstream media, which condemned the “annexation” of Crimea, failed to explain how it was significantly different from the Kosovo secession that the US supported following the massive US and NATO bombardment of Serbia that ended its control over the province. Selective perception indeed.

Here I Am Again, My Friends! Guccifer2 (resilc)

Chilling new pre&post-crime rule: if analysts find evidence that an American committed “any crime” they send to DoJ. @Thomas_Drake1

Come back when he shags a dead pig, says jaded Britain Daily Mash. My initial reaction was along those lines….

Is it just me or has someone decided to go after Trump? Sic Semper Tyrannis. Resilc: “No shit, all out warfare.”

Kremlin says hopes Putin and Trump will get along, disagrees with Tillerson Reuters

Obamacare Under the Scalpel

Big Pharma on Notice — About Time! Michael Shedlock (EM). So we see who is in Big Pharma’s pocket.

Mourning in America, by James Marcus Harper’s Magazine. Resilc: “‘We can’t say we didn’t know better. We knew. Any adult capable of reading the newspaper had enough information to see Trump for what he was: a performance artist with an authoritarian streak and no conscience whatsoever. That goes double for residents of New York City, which has been Trump’s playground for his entire life. If you live within the five boroughs, you are party to a certain sort of folk wisdom: you hear the anecdote, the tall tale, the telling nugget.’ I am a dummy, please explain how the Clintoons were any different?”

When Robots Take All of Our Jobs, Remember the Luddites Smithsonian Magazine (Tony K)

The Problem With ‘Smart Cities’ American Conservative. Rick: “Promoting coops as as alternative form of capitalism, contrasted wit the” Metroplis “like techno eutopia desired by Silicon Valley and others.”

Antidote du jour (mk): “Oscar is 16 years old and lost his litter-mate, Hansel, a few months ago. The two dachshunds were inseparable and Oscar was inconsolable. He latched onto this teddy as his substitute companion.” 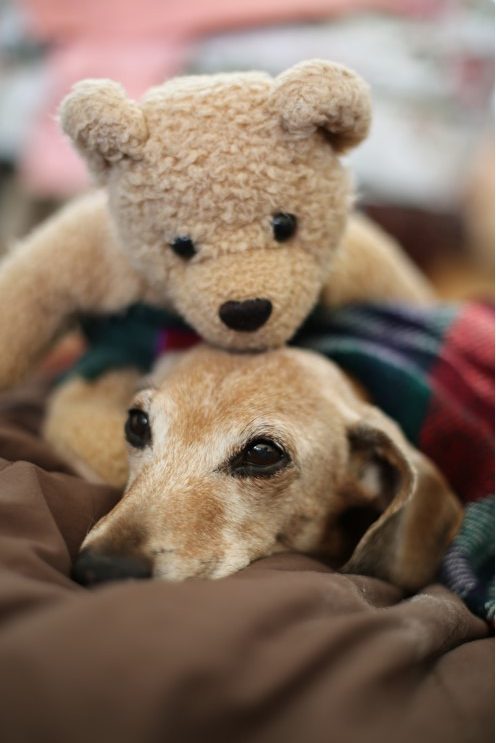