Chimpanzees are animals. But are they ‘persons’? WaPo

The Nile River Delta, once the bread basket of the world, may soon be uninhabitable Quartz (Re Silc).

Improved estimates of ocean heat content from 1960 to 2015 Science (allan). The full text is available.

Fish and chips off the menu as marine experts warn haddock has become unsustainable Telegraph. Whaddaya take for a haddock?

Dipole: The ‘Indian Niño’ that has brought devastating drought to East Africa The Scroll (J-LS).

March Madness: Trump Proposes 31% Cut to EPA and Big Cuts to Climate Change Programs Jeff Masters, Weather Underground. (Incidentally, the Weather Channel, which bought Weather Underground and promised not to change anything, is now eliminating member blogs. In addition, “Category Six” blogs, including Jeff Masters’ blog, are now no longer present on the top menu bar. This looks like crapification to me. Can readers more tuned in to weather blogs than I am reassure me?)

How China’s Capital Curbs May Be Paying Off Bloomberg

Chinese banks have yet to hit bottom Nikkei Asian Review

This laptop-bricking USB stick just got even more dangerous ZDNet (Chuck L). Be sure to bring one to your job interview! Kidding!

Gunning for profit: Firearm makers among the top short trades under Trump Reuters

Donald Trump’s healthcare bill falls into a death spiral Ed Luce, FT. “Since Obamacare drew on conservative thought, it is no wonder Republicans have had difficulty coming up with a viable alternative.” I’ve been saying this for years, so it’s refreshing to have become part of the conventional wisdom.

In This Next Phase Of Health Reform, We Cannot Overlook Long Term Care Health Care Reform

Docs left in the dark by CMS over MACRA compliance requirements Modern Health Care. NC on MACRA here and here.

Key Democratic Officials Now Warning Base Not to Expect Evidence of Trump/Russia Collusion The Intercept. If my Twitter feed is any indication, that Kool-Aid is hard to undrink.

Beware The False Temptations Of The Russia Story Buzzfeed. Of course, these people are all as twisty as corkscrews, so there’s always the possibility of a sudden reversal….

Trump’s Republicans have a tough Hill to climb FT

Trump’s Wiretap Claims Are Bogus. But He’s Still Onto Something. Bloomberg

Trump’s Words May Haunt Him as Travel Ban Appeal Promised Bloomberg. I need to think through my position on “intent” more carefully, lest I join the Scalia crowd, but using Trump’s words on the trail as evidence of intent, as opposed to puffery, seems odd to me (especially because framing a “ban” as a “Muslim ban” that somehow doesn’t include all Muslims also seems odd). And even given the words, does intent matter? Lincoln, for example, lacked to intent to “end racism” when he signed the Emancipation Proclamation. So what?

The Dangerous Precedent Set by Judicial Attacks on Trump’s Travel Ban David Frum, The Atlantic. Bush speechwriter Frum is now a liberal icon, so I guess we have to take this seriously.

Centrist Democrats struggle to draft a survival strategy McClatchy. So kicking the left isn’t a strategy?

Column: ‘Most liberal governor’ rights ship in Minnesota Chicago Tribune. Note the focus on a budget surplus. Fine at the state level…

Someone thought it was a good idea to blow up a $300 drone with a Patriot missile Quartz (Re Silc). Boom. Ka-Ching. Boom. Rinse and repeat.

Oxford comma helps drivers win dispute about overtime pay Guardian. Being careful and precise about language helps working people. Who knew? (And in Maine, too!)

The Revolution Will Not Be Curated Thomas Frank, The Baffler. This is a good Baffler issue.

The Case for Countering Right-Wing Populism With ‘Left-Wing Economics’ New York Magazine. Another takedown of Beauchamp’s Vox piece. “Taken together, Beauchamp’s prescription for the Democratic Party appears to be: Make defending multiculturalism against Trump’s bigotry the heart of your message; don’t worry about winning over non-college-educated white Trump voters; and build a new majority by turning out nonwhites and appealing to moderate conservatives alienated by Trumpism. Which is to say: Run the same campaign that Hillary Clinton just lost.”

Despite differences in culture, US and India fall short in childbirth in similar ways The Conversation (J-LS). 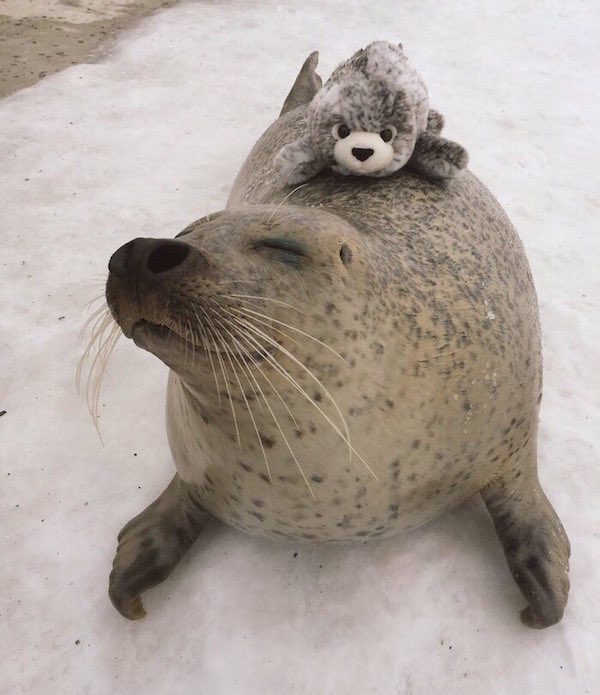