‘Animal spirits’ aren’t firing up the economy just yet MarketWatch

Are Canadian banks headed toward a Wells Fargo–style scandal over sales tactics? MarketWatch

A sensible Brexit deal is more probable than you think Wolfgang Munchaü, FT

How Much Europe Can Europe Tolerate? Project Syndicate

French election: policies of the runners and riders FT

3 takeaways from the Schulz coronation Politico

The Risks of Pre-emptive Strikes Against North Korea NYT

What Should China and the US Do About North Korea? The Diplomat

What Was the Point of Demonetisation? The Wire

Medicare for All should replace Obamacare: Column USA Today

Make America Singapore NYT. Anything, anything but adopt the simple, rugged, and proven solution that a continent-spanning, multicultural, multilingual, federally-organized, Five Eyes-member nation sixty miles to the north of Burlington, Vermont has adopted…

Republicans revamp health bill, boost benefits to older Americans Reuters (Furzy Mouse). This plus a contract for Bath Iron Works should swing Collins. Not a peep from Democrats on capping Medicaid. I guess they support it.

We lost a war: Russia’s interference in our election was much more than simple mischief-making New York Daily News. The zeitgeist has moved from “hacking” through “interference” to “meddling.” This guy is stuck at “interference.”

Getting Russia Wrong The Russia Monitor (DK). The Obot talking point “The President is not a dictator,” localized for Russsia.

Our Perpetual War Political Culture The American Conservative (Re Silc).

The CIA Reads French Theory: On the Intellectual Labor of Dismantling the Cultural Left The Philosophical Salon (MR).

Trump’s Budget and the Fiscal Crisis of the State: Something’s Gotta Give Corey Robin

Republicans take heat on Trump’s tax returns The Hill. “Most of the Republicans who have called for President Trump to release his tax returns have declined to join efforts to use the power of Congress to make it happen.” Nobody could have predicted…

The Left becomes a cult rather than gather support to oppose Trump Fabius Maximus. “Not on the right right” doesn’t equal “left”….

Centrist Democrats struggle to draft a survival strategy McClatchy. “The presentations helped the group arrive at four core values that would unite Democrats of all kinds: security, opportunity, compassion and results.” Gawd. Whichever consultant they paid for that drivel didn’t understand the Oxford comma, did they? Three words, one hashtag: #MedicareForAll….

Debbie Wasserman Schultz: Exhibit “A” That the Washington Elite Remain Out of Touch with Voters Independent Voter Network (PU).

I Was A Hardcore Conservative: What Changed My Mind Cracked (DK). I should read Cracked more often.

Why I left my liberal London tribe FT. The Etonian version of “front row kids” vs. “back row kids”?

“Positive thinking” has turned happiness into a duty and a burden, says a Danish psychologist Quartz

Dilemma: Past and Future of Science in Society Weather Underground 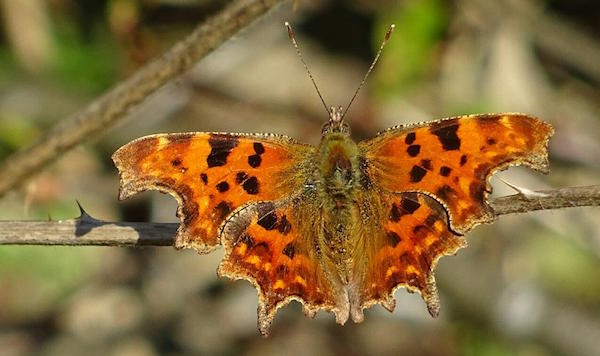 But is it an Oxford comma?