Parrots flying high on drugs are annoying farmers by plundering poppy fields to feed their opium addiction Daily Mirror. I know, I know it’s the Mirror. But who could resist this headline? Or the subhead: “Drug-addled birds sit perched in wait before swooping down behind workers’ backs for a nibble before retreating to high branches – where some then fall to their death passed out”.

The Revolution Will Not Be Curated The Baffler

Is punk dead? Johnny Rotten admits he will ‘sorely miss’ the Queen when she dies Daily Telegraph

Snooki inspires legislation to limit state university speaker fees NY Post. Moi: Speaking as a born and bred Jersey girl, I applaud the state legislature’s action. Nice to see the state of my birth lead the way in something other than corruption or toxic waste. And about time– $32K to hear Snooki speak at the Rutgers commencement? Are the administrators nuts? And the proposed $10k cap is too high. Why should any speaker receive more than expenses and a modest honorarium, e.g., $1K– which incidentally, anyone with any class would immediately donate back to the university.

Martin McGuinness dies: The ‘super terrorist’ who became a super-statesman– like so many others The Independent. From earlier in the week, but spare a moment for Robert Fisk.

THE GIG ECONOMY CELEBRATES WORKING YOURSELF TO DEATH The New Yorker. A point now so obvious that the New Yorker picks up on it.

Does It Matter Who Pulls the Trigger in the Drone Wars? American Conservative. Don’t miss this.

The Man Who Would Beat Bibi Politico

Prominent U.S. Ambassador to the Soviet Union: “The Whole Brou-Ha-Ha Over Contacts with Russian Diplomats Has Taken On All The Earmarks of a Witch Hunt” George Washington

Why would Democrats ever let Neil Gorsuch be confirmed? Vox

Two thirds of cancers are unavoidable even if you live a healthy life, study finds Daily Telegraph

Brexit is a failure and a tragedy, says EC chief Juncker Guardian

Ganga, Yamuna declared human entities: What exactly does this order mean? Court ruling gives two Indian rivers human status, a week after a New Zealand court handed down a similar decision. Interesting and well worth a read– especially when you understand that India allows for Public Interest Litigation– e.g., is not hamstrung by the onerous standing requirements of US law that can stymie public interest lawsuits.

6 things for which Aadhaar card is mandatory now Business Insider. The slow steady march of India’s biometric identification system– unavoidable now in order for Indians to avail themselves of certain services. This passage caught my eye: “The biometric system, which is created by Nandan Nilekani, works on optimal ignorance and you will need a 12-digit Aadhaar number to avail many services.” Huh?

India has a drug-resistant tuberculosis crisis but lacks the right tools to detect cases Scroll.in

Why coca leaf, not coffee, may always be Colombia’s favourite cash crop The Conversation

Be afraid: China is on the path to global technology dominance South China Morning Post. Very interested to see what more tech-savvy readers have to say about this piece.

Syria Summary – The U.S. Move On Tabqa May Complicate The Political Situation Moon of Alabama

Is Trump Really at War with the CIA? The Jury Is Still Out AlterNet

Schumer a no on Gorsuch, will urge Dems to oppose The Hill

Trump: ‘I can’t be doing so badly, because I’m president and you’re not’ Politico 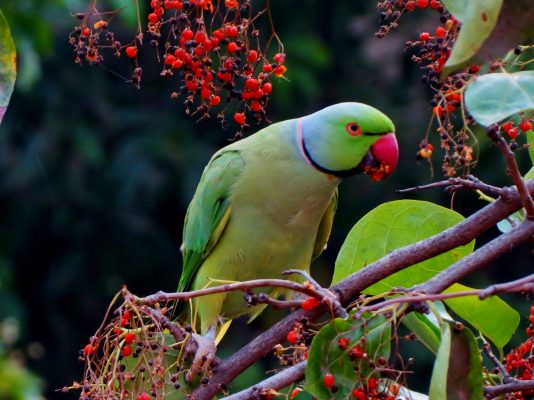