European Parliament votes to end visa-free travel for Americans The Independent (Re Silc). A non-binding resolution.

Ministers negotiating Brexit are studying six-point plan on how to obtain ‘glittering prizes’ available to UK outside of Europe The Sun. Glittering prizes!

FBI undercover stings foil terrorist plots – but how many are agency-created? McClatchy. Certainly a question to consider as the intelligence community angles to become guardians of the constitutional order.

Homeland Security Sees Anger At Trump as a Driver of “Domestic Terrorist Violence” The Intercept. Let’s hope we don’t have anything as extreme as Obama’s 17-city paramilitary crackdown on Occupy!

Hey @TheEllenShow, how does it feel to snuggle up to a guy responsible for 1 million innocent deaths and the destruction of a whole region? pic.twitter.com/FrZwVz9o5Z

Why are we normalizing this guy? Well, I’ll tell you: The Democrat focus is on driving a wedge between Trump and the Republican Establishment and then defenestrating Trump. This didn’t work for Clinton with Republican voters in 2016, but it might work with elite insiders, especially with “intelligence community” backing. Of course, Trump has cards of his own to play, besides tribalism: He can give the Freedom Caucus loons what they want on domestic policy, and he can throw the McCain wing a few billions for weaponry. And he can target the right districts with infrastructure money through DOT head Elaine Chao, Mitch McConnell’s wife. Oh, and the Rooski ploy has the same wedging effect (though it’s also about creating epistemic closure in the Democrat base until the Clintonites die off). None of this is about the voters at all. Heaven forfend!

The World That Made Trump Project Syndicate

Trump’s Wiretap Rant Betrays Ignorance of the Law Politico. No doubt. Then again, when you have secret courts interpreting secret law, it’s hard to be anything other than ignorant.

The Conspiratorial Game of Telephone in Bannon’s Rag that Made Left, Right, and POTUS Go Crazy emptywheel

Photo contradicts Pelosi’s statement about not meeting Kislyak Politico. Because Washington is an imperial capital, and both Kislyak and Pelosi were doing their jobs there.

We now know more about why Jeff Sessions and a Russian ambassador crossed paths at the Republican convention Business Insider. As above.

Class action suit: Immigrants held in Aurora required to work for $1 a day, threatened with solitary if refused Denver Post. Awful. And the case was filed in 2014, during [genuflects] Obama’s presidency…

Sen. Sherrod Brown’s Proposal Aims to Boost Workers’ Wages, Stability WSJ. I don’t see what this has to do with Russia. What’s wrong with Brown?

Democratic Leaders are a Craven Bunch of Idiots Bent on Self-Destruction Counterpunch. Not if they’re the Washington Generals: Paid to lose.

Did Cambridge Analytica influence the Brexit vote and the US election? Guardian. You read it here first…

The End of the Libertarian Dream? Politico (PU).

An English Sheep Farmer’s View of Rural America NYT. Another traveller returns from flyover America bearing the same tale as all the others: Things are bad out there. At this point, the liberal attitude towards those outside its enclaves is starting to look like malign, not benign, neglect. How can a political establishment ignore tens of thousands of excess deaths yearly without being charged with responsibility for them?

Nina Turner: Right-to-Work Laws Are Weakening the Middle Class and the Economy Glamour (MR). Over to you, Teen Vogue!

Broken: The human toll of Michigan’s unemployment fraud saga Bridge. A deceptive headline. “Doss is among a flood of workers who insist they were incorrectly accused of fraud by a rogue state computer, never told the precise nature of what they had done wrong, and were never given a chance to defend their actions before their paychecks were garnished. An internal state review of more than 20,000 fraud claims showed a 93 percent computer error rate.”

Philosopher Daniel Dennett on AI, robots and religion FT. I read the paper version of FT Weekend over dinner, and it was a lot more interesting than the Sunday Times. Sorry, Arthur!

The Tiny Robots Will See You Now IEEE Spectrum 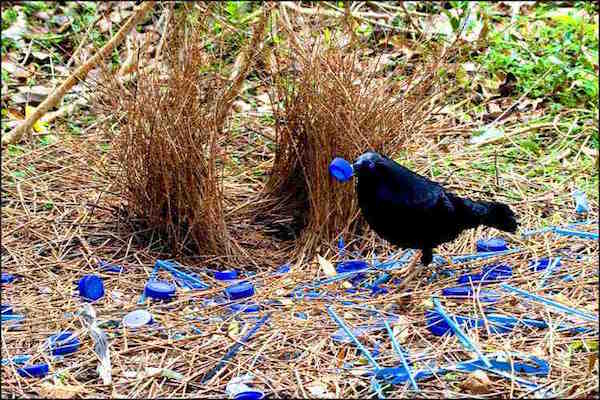