By Nick Cunningham, a Vermont-based writer on energy and environmental issues. Follow him on Twitter @nickcunningham1. Originally published at OilPrice

President Donald Trump signed an executive order on Tuesday that will begin a lengthy process of dismantling former President Obama’s signature achievement on climate change – regulations that put limits on greenhouse gas emissions from power plants. Trump boasted about a new era of American energy, telling coal miners standing behind him, “You know what it says, right? You’re going back to work.”

The Clean Power Plan aimed to reduce CO2 emissions from power plants by 32 percent below 2005 levels by 2030. But removing the Clean Power Plan is not as easy as signing an executive order. It will take years even if things go well. The EPA can’t just ignore or scrap the rule; the administration will have to craft a repayment plan and justify it with science. And the rulemaking process is not always a smooth one. With environmental groups promising legal action, it will likely be a bumpy road, meaning the process might stretch beyond Trump’s term in office.

The Clean Power Plan was indeed targeted at coal-fired power plants – and for good reason. Burning coal is twice as carbon-intensive as natural gas and is a main contributor to global greenhouse gas emissions. Under any reasonable scenario, achieving climate objectives depends heavily on reducing coal consumption.

That put a lot of focus on Tuesday’s executive order. Vice President Mike Pence declared that “the war on coal is over.”

Indeed, it is. But coal lost that war years ago. Cheap natural gas has been undermining the business case for coal for nearly a decade now, well before former President Obama took aim at power plant emissions. Coal’s real enemy has long been the “shale gas revolution.” More recently, renewable energy has piled on the pain. Rapidly expanding installations of solar and wind power are grabbing more market share, putting deeper pressure on coal. 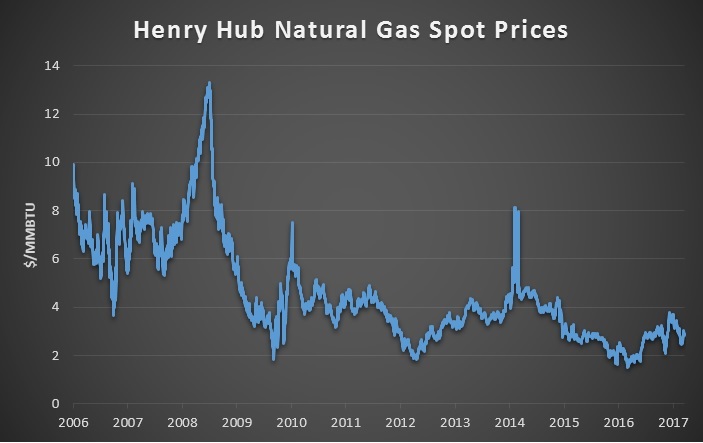 Competing with cheap natural gas and renewables is vastly more difficult because the nation’s coal fleet is rapidly aging. The Sierra Club says that in recent years some 250 coal plants have been retired or are preparing for retirement. In 2016, the industry shut down 14,000 megawatts of coal-fired power plant capacity, a year after a record loss of 17,000 megawatts of coal capacity in 2015, according to Reuters.

Even with a friendly administration, the plants will continue to shutter. Just a few weeks ago, for example, Dayton Power & Light said that it would shut down 2 large coal plants in Ohio, accounting for a massive 3,000 megawatts. The plants employ hundreds of people, but the company said the plants are not “economically viable beyond mid-2018.”Trump’s executive order will do nothing to save these plants.

Still, the Clean Power Plan would have accelerated coal’s decline, providing a boost to natural gas and renewables. With the CPP, natural gas would overtake coal generation by 2024, and renewables would surpass coal by 2029. Those timelines could be pushed off into the future without the CPP.

The coal industry is euphoric with President Trump’s move. Coal stocks soared on Tuesday in the hopes of a revival. But make no mistake, coal is still in terminal decline – it’s only the speed of decline that is up for debate. The best that Trump can do is delay the closure of aging coal plants. That will not bring back coal jobs in any meaningful way, however. Even Robert Murray, the CEO of Murray Energy, the largest private coal miner in the country and major Trump supporter, admitted as much. Murray told The Guardian a few days ago that President Trump should “temper” his expectations about new coal jobs. “I suggested that he temper his expectations. Those are my exact words,” Murray said. “He can’t bring them back.” 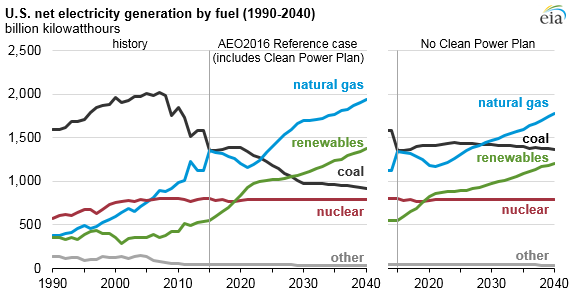 The markets will continue to hammer coal. Not only is natural gas often a cheaper source of electricity, but increasingly renewable energy is competing with coal on strictly a cost basis. On top of that, policies at the state level will push renewable energy forward. California is leading the way, but dozens of other states are following. Just this week the state of Maryland boosted its 2020 renewable energy target from 20 to 25 percent, for example.

Moreover, the loss of coal jobs has been going on for decades. Automation has been the real job killer – only recently has the decline in coal production compounded those job losses. U.S. coal production has declined in six out of seven quarters before the middle of last year.

Today, the solar industry employs more people than the coal industry, a disparity that will only grow over time. President Trump, despite his promises of sending miners back to work, won’t be able to change that. The promise of bringing coal jobs back is “one of the most cruel deceptions” in politics right now, says Rep. John Yarmuth, a Kentucky Democrat from coal country.