UK’s Prince Philip to step down from royal duties Reuters

Giving the Behemoths a Leg Up on the Little Guy NYT. On Net Neutrality.

If you like the euro, why not just call for a global gold standard? FT Alphaville

The New Republican Health-Care Plan Is Single-Payer for Dummies The New Republic. Interesting article, but one gets tired of liberals deploying the “stupid” trope, given that Republicans are so stupid they now control all three branches of government.

Pelosi, first elected to the House in 1987, acknowledged being frustrated during the health fight of 2009-10 that outside groups didn’t give her more air cover. She praised them for mobilizing in a constructive way this time: “That was very important because lots of time the outside will say, ‘While we’re at it, why don’t we go for single payer?’ I’m like, ‘Save that for another day! Because you’re not going to get anything unless we kill this bill. And the only way we’re going to kill this bill is going to be to focus on what it does.'”

“Once they take repeal off the table,” Pelosi promises that Democrats will happily work with the GOP to “find common ground” to fix problems that she agrees exist with the law. “But if you’re a deconstructionist, then there’s just almost no common ground,” she said.

“[H]appily work with the GOP.” Shorter: Once the liberals have exploited left energy, they’ll throw the left under the bus, as usual, and work with conservatives (exactly as in 2006, when the Democrats took back both houses of Congress on left mobilization, and Pelosi instantly took impeaching Bush off the table — and Bush should have been impeached for his criminal program of warrantless surveillance, which Obama voted to retroactively legalize in July 2008). Pelosi is also shamelessly rewriting history when she whinges about lack of air cover: Career “progressives” imposed a news blackout on single payer advocates, censored them, banned them, and the Democrat establishment didn’t include them in hearings and had them arrested when they protested. People who were there — and that includes Pelosi — know all this. I really don’t know what more “outside groups” could have done, other than have single payer advocates publicly whipped.

A conservative case for single-payer health care The Week

Crowdfunding for medical expenses is rising — when it should be eradicated Michael Hiltzik, Los Angeles Times

The six Brexit traps that will defeat Theresa May Yanis Varoufakis, Guardian

Calling our bluff: time for the UK to honour its promises to EU-27 and UK citizens The UK in a Changing Europe

The North Korean economy is actually growing despite sanctions Vox

Why Do North Koreans Hate Us? One Reason — They Remember the Korean War The Intercept. I remember, years ago, watching Korean soap operas (I was in California) where the central trope was a dreadful family secret: What mother or father had to do to get into an orphanage after the war….

Asia’s dynamism at risk in US and China’s competing visions for global trade Martin Wolf, FT

Chinese walk away from scandalised Malaysian development The Australian. 1MDB.

The Silk Roads, Past and Future The Diplomat (Re Silc).

How Anand Gopal Directed People To Join ISIS – Shills For “Regime Change” In Syria Moon of Alabama. What a hairball.

Inside the competitive Indian-American spelling community Harpers (Re Silc).

From Ancient Greece, Lessons On The Risk Of A Modern, Accidental War NPR. The Thucydides Trap (and how I wonder if there’s a parallel case from the Chinese literature).

Debugging the Russian hacking narrative (podcast) Yasha Levine, This Is Hell! The only link I can find for this (although it appears in iOS, there seems to be no way to find the link on a generic website).

FBI director says he feels ‘mildly nauseous’ about possibility he affected election, but has no regrets WaPo. Buries the lead, which is that Huma Abedin forwarded Clinton email (including classified email) to her then-husband Anthony Weiner (!) so he could print them out (!!) for Clinton to read (!!!).

Tillerson faces his toughest audience yet: The State Department Politico

President Trump is launching a new tech group to ‘transform and modernize’ the U.S. government Recode

Trump Isn’t a Pragmatist. He Doesn’t Understand Ideology. Jonathan Chait, New York Magazine (Re Silc). Chait: “Politics is a strange institution that forces committed professionals who have coherent philosophical beliefs to persuade voters who mostly do not. ” Oh?

If Progressives Don’t Wake Up To How Awful Obama Was, Their Movement Will Fail Medium (KH).

Mount Everest is so crowded this year, there is a risk of ‘traffic jams’ WaPo

The Precariat: The New Dangerous Class The Writing of John Laurits (MR). Very interesting. What do readers think of Laurits’ proposed structure?

A Marxist Critiques Identity Politics Seattle Weekly (KF). KF: “I have no love for Marx but this is interesting.” Laughably, the introduction ascribes the identity “Marxist of Color” to the interviewee. But everybody knows all people of color are Clintonite liberals. What’s wrong with these people?

Ro Khanna Wants to Give Working-Class Households $1 Trillion The Atlantic (UserFriendly). Interestingly, a shout-out from Khanna to Stephanie Kelton. This paragraph caught my eye:

People want to be useful. I think it would be very patronizing to go to folks who are coal miners and say, “Look, here’s your check because all the productive work is going to be done on the coasts.” These are hard-working people who believe they’ve contributed to the country, whose dignity and sense of self-esteem is linked to work and productive work. I think a better argument is to say, “Look, we’re going to help prepare these areas for diversification, so they can succeed economically.” Then boost wages through the EITC.

Khanna, it seems to me, is really arguing for a jobs guarantee, as opposed to a basic income guarantee or tax credits. That is, he seems to be as soon as you put yourself in the shoes of the “hard-working people.”

The Anatomy of Liberal Melancholy The Baffler

Lebanese Photographer Visits U.S. Cities Named ‘Lebanon’ NPR. Notice the distinction between the photographer’s message and what the bien pensant NPR interviewer hones in on. There should be photos from Fadi BouKaram here at Foreign Policy, but I can’t get the link to work. 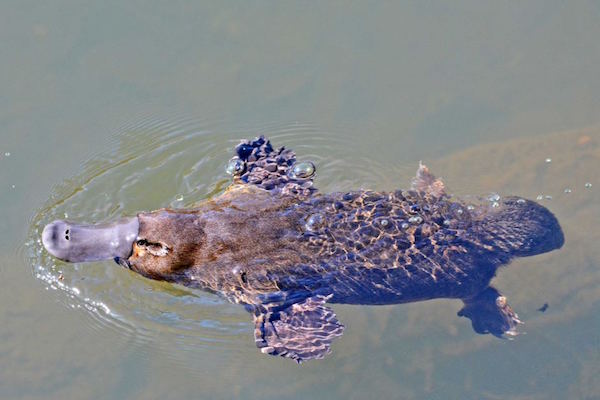