Any lawyers who do copyright in the house and are current on case law? This isn’t for NC as a businesses, it’s to sanity check a different matter. If you can spend 15 mins or so with me on the phone in the next day or so, please ping me at yves-at-nakedcapitalism.com with “Copyright” in the subject line. Also please let me know how and when in the PM/evening EDT would be a good time to reach you. Thanks!

The three-minute story of 800,000 years of climate change with a sting in the tail The Conversation (furzy)

Why China Is No Climate Leader Politico (UserFriendly)

Unemployment is Up Because ‘Make in India’, Other Official Schemes Aren’t Working The Wire (J-LS)

May tells MPs: I got us into this mess and I will get us out BBC. Why should anyone not think that this is doubling down on failure?

Austerity is over, May tells Tories The Times. And I have a bridge I’d like to sell you…..

Queen’s speech may be delayed, No 10 suggests Guardian

Queen’s Speech delayed because it has to be printed on goatskin paper that takes days for ink to dry Telegraph. Quit the effort the Telegraph is making to boost May.

Election 2017: Why Queen’s Speech is a big test for May BBC

Did Young Voters Swing the 2017 UK General Election Result? Institute for New Economic Thinking. Turns out older voters are part of the story too.

How Theresa May lost it Politico (UserFriendly). A deep dive. Lots of detail.

Brussels insists on power to control euro clearing after Brexit Financial Times. This is less aggressive than the original ECB/French position, of requiring that Euro derivatives clearing be domiciled in the EU. Now the test seems to be systemic importance. But with the LCH accounting for, what, 90% of Euro derivatives clearing, is this a distinction without a difference?

Qatar on the Back Foot: Even Without “Shock and Awe” Trump’s Foreign Policy Lurks Behind Renewed Crisis in the Middle East Counterpunch

Next Year In The New Jerusalem American Conservative

Oliver Stone on Vladimir Putin: ‘The Russian people have never been better off’ Guardian

The Internet Of Things Is Becoming More Difficult To Escape NPR

Trail of Fears New Republic (resilc). Subhead: “Forget Nixon. Trump is more like Andrew Jackson than Tricky Dick—and the consequences of his crimes will be far more devastating.”

Secret Service Has No Audio or Transcripts of Any Tapes Made in Trump White House Wall Street Journal. In response to WSJ FOIA. Subhead: “Agency’s response to FOIA request doesn’t exclude possibility of recordings created by other entity.”

Think Your Liberal Governor Will Protect You From Trumpcare? You’re Wrong. Mother Jones

Can Democrats Fix the Party? Rolling Stone (resilc). Assumes they want to.

I’m at the people’s summit in Chicago and Bernie just gave one hell of a barn burner. He was brutal towards the Democratic establishment. Condemned them up and down, more than the usual. There was a bunch of people from the ‘Draft Bernie to form an independent party’ movement and they interrupted Bernie with chants a few times and had a banner they put on the balcony. Roseann Demoro of NNU was hosting it and came on after Bernie’s speech while he was still on stage and as soon as she gets the mic she says “I have to say to the Draft Bernie people I’m with you.” Crowd goes wild. “Nursers are you with them?” Crowd goes wild. “Everyone else, you with them?” Crowd goes wild. Bernie never responded and then they moved on to a Q and A with Bernie. There was definitely at least 15% of the crowd that wasn’t for it but it was absolutely great. I have no clue if the MSM is gonna cover it but I thought it was worth mentioning.

Soaring Auto Loan Defaults: Fitch Says 2015 May Be Worst Ever, Mish Says 2017 Will Be Even Worse Michael Shedlock (EM)

How Badly Must a C.E.O. Behave Before His Pay Is Clawed Back? Gretchen Morgenson, New York Times

Between the last week of May and first week of June, the female snapping turtles leave the pond (of the Toftrees game land) to search for a place to dig a nest and lay eggs. This year, the date fell on May 28, during which I encountered five snappers (four working on nests and a fifth searching).

I’ve no idea how local the activity, whether other snappers choose different days and so on, but it is marvelous seeing so many snapping turtles being productive. 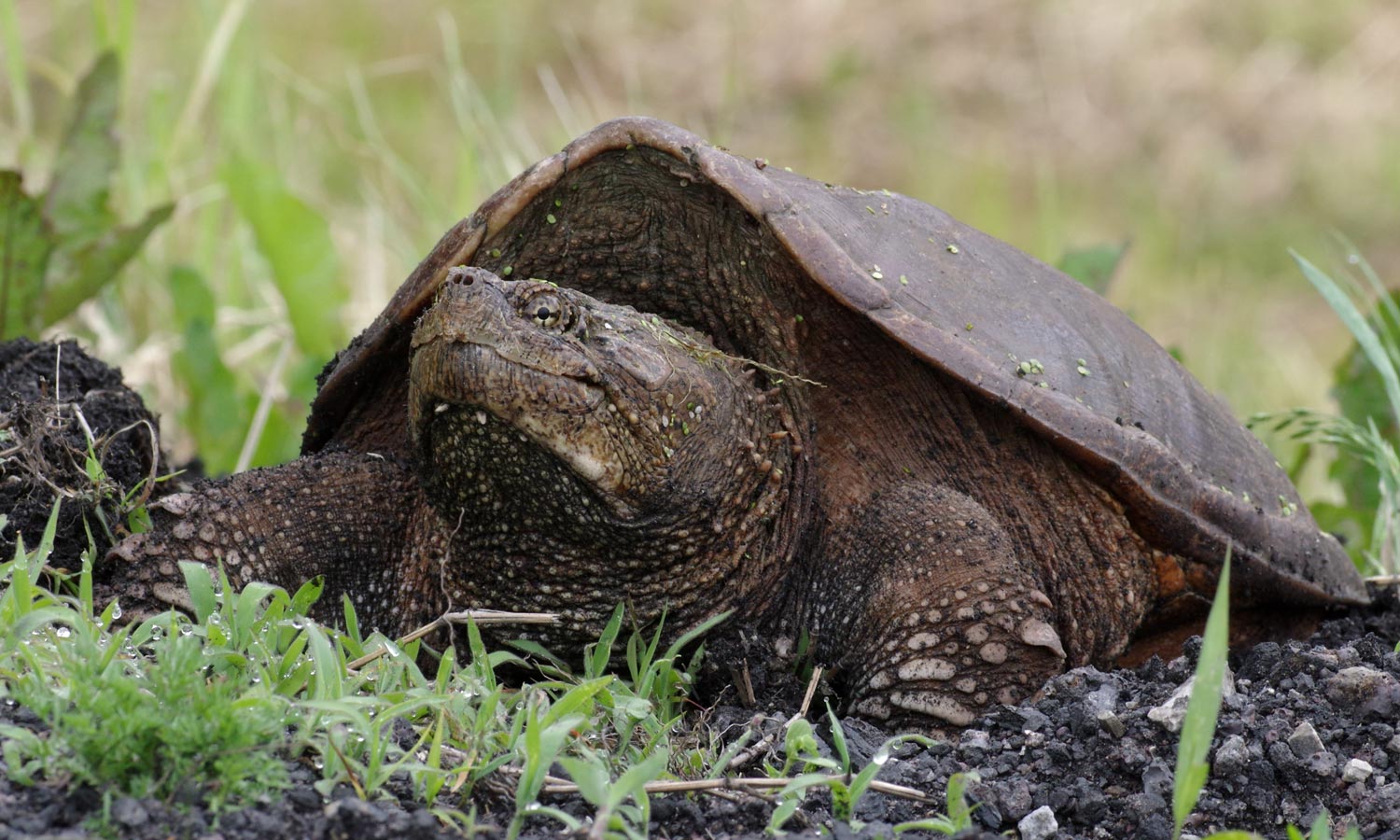