If you wrong a raven, it will remember The Verge

As I write this, The Uber Board Meeting is apparently still in progress. I assume the Kalanick leave/Michaels out story would not have been leaked unless they were not going peacefully. I am still guessing that Plan A for Holder and Huffington was a whitewash but that the Recode story about the Indian rape victim made that untenable, and they rushed to produce Plan B.

There is no one in management or on the Board who can exercise decisive control at this point and articulate a clear explanation about how the company can ever make money going forward. There are people on the board who could be seen as “credible CEOs” by the outside world (Gurley, Bonderman, even Huffington) but none of them could possibly articulate a path to profitability that anyone in the company would believe.

We’ll see what happens but I’m guessing that either Kalanick doesn’t leave, or there is the monther-of-all-PR efforts to convince everyone that this was totally a “bro/cultural” problem that had nothing to do with the actual business.

Pass the popcorn. And since it would be irresponsible not to speculate, it wouldn’t be surprising if Kalanick or others withheld the rape victim story from Holder, rendering his investigation and recommendations moot. That wouldn’t make the Board happy at all, especially if they ended up finding out about it from the trade press.

The danger of ISIS will remain even after the liberation of Syria and Iraq: why? Elijah J. Magnier (via).

Manchester attack: Bomber Abedi ‘built device alone at flat’ BBC. “[A]ll 22 people arrested in connection with the attack in May have now been released without charge.”

A Brief Thought: And the Tide Rolled Back Nina Illingworth

Theresa May confirms Brexit negotiations to start this month Politico

Philip Hammond is the politician to salvage a Brexit deal FT

OK here are a few more points on the DUP / CON situation and the NI context (which is being missed by quite a few sudden experts).

An inside view of Hong Kong’s hidden rooftop farms BBC

1. What is new in this account seems of little consequence — a new FBI source complaining he wasn’t listened to; numbers research on tweet-sharing of falsehoods, etc. Pop guns, not smoking guns.

2. Even if true, they don’t go to the heart, or even the surface of the truth — Clinton was a thoroughly corrupt character, the extent of which was more suppressed than exposed by the media, but still, there were enough voters distributed by state to distrust Clinton so much that Trump, being the only alternative, won the election by a whisker.

3. The evidence is that Trump is a thoroughly corrupt character, and also a mental defective. There is nothing in the excerpt which adds or subtracts from this. And we’ve learned this without Russian help or hindrance.

4. If the Russian side was employing 1,000 cyber specialists according to a “retired KGB colonel” that means (a) they aren’t employing anywhere near enough to match the US, British, Israeli, Chinese sides; (b) the source is lying; and (c) to retire from the KGB the individual speaking in an open source medium is now at least 16 years gone from active Russian intelligence, so he can’t be relied on for anything, except for empty boasting.

6. Now, because Putin has also made a public statement of something similar, does that mean that the statement, “the truth is the truth and should be believed because it is so” is a Russian fabrication? We have reached this point with the likes of Applebaum, Weiss, Lucas, Pomerantz, and others, all of whose livelihoods depend on state money for such guff. However, this point is the point of insanity. So as disappointing as it is to be alive in a world of insane people, we must accustom ourselves to it.

7. Consider the result of the UK election. So far as I can tell, not a single of the usual suspects, and not a single mainstream media outlet has yet reported a Russian role in May’s defeat, or Corbyn’s gain. May is hanging on only because the Tory alternatives are weaker and worse. Her staff is beginning to resign, and the moronic Australian who knighted himself before running the disastrous campaign, ought to follow. So should all the mainstream media, starting with the Murdoch press, the Guardian, and the Financial Times. So far as I can tell, the BBC has been attacked for “rigging” the audience at the TV “debate” at which I was convinced that May had lost it. However, the “nurse” who asked the question which killed May on the spot has yet to be exposed as a Russian cyber puppet. What she revealed was that May and the entire Tory government cannot explain or justify the destruction of economic opportunity which they are inflicting on the population, old and young alike. The 14%+ swing among university students and the massive Corbyn vote in the university towns proved decisive. There they worked out that May blights their current lives and dooms their future. How many of them read RT or Dostoevsky to find this out? The only positive thing to be said about May, unlike the sleazy hypocrite across the Channel, or the one north of the US border, is that exposing the truth in an election campaign is the purpose of the election, and when it happens that isn’t a Russian plot.

Against Neo-McCarthyism The Nation. From August 2016, and still relevant.

Trump holds fundraiser for lawmaker who helped save GOP health care bill CNN. Tom MacArthur; see video here. $800,000 is the kind of payday that makes being eviscerated by a constituent worthwhile.

Trump’s Support Drops in Military Communities NBC. Trump ran a policy-oriented (though Trumpian) campaign, and the military had every right to think national security policy would become more sane, especially in the Middle East. Now he’s not delivering. (One of the many reaons that Clinton’s “deplorables” comment was such a self-own was that she implied Trump voters weren’t capable of reflection and change. But they are.)

When a liberal power lawyer represents the Trump family, things can get ugly WaPo

Indiana voter group registered a felon, non-U.S. citizen and a dead person, police say Indianapolis Star. Small numbers in the great scheme of things. But look at the incentive structure: “Canvassers told detectives they were pressured to collect 10 applications per shift or risk losing their jobs, according to the affidavit.” There really ought to be a way for Democrats to avoid debacles like this by institutionalizing voter registration. If they actually wish to expand their base, of course.

Will Chicago Become the Epicenter of Charter School Unionization? In These Times

Healthcare policymakers home in on goal of universal coverage FT

Can Democrats Save Themselves? Frank Bruni, NYT (Re Silc). Not by Betteridge’s Law…

Democrats in Split-Screen: The Base Wants It All. The Party Wants to Win. NYT. Well, the Party certainly knows how to do that, given its record [snort]. Oh, and Ossoff opposes “any move” toward single payer. No wonder the DNC loves him. Not only does he kick the left, he hates the base!

For Democrats to Succeed, Both Pragmatists and Progressives Must Work Together David Atkins, Washington Monthly. “Like conservative radio shock jocks, some progressive pseudo-activists build their brand on being purer and more ‘of the people’ than the many who have spent years getting their hands dirty within the party before them.” It’s interesting that Atkins doesn’t name or at least categorize those “pseudo-activists”; since he doesn’t, there’s no way to assess his claim. Moreover, the “progressives” who are trying to “get their hands dirty within the party” are the ones that the Establishment Democrats hate and fear the most; hence Obama standing up Perez to defeat Ellison, for example.

Mom reveals she spent $25k on her son’s Arabian-themed prom send-off with supercars, a camel and THREE dates as a reward after he nursed her through cancer while keeping a 3.76 GPA Daily Mail

It’s not just the 1%. The upper middle class is oppressing everyone else, too Guardian (Re Silc).

Capitalism & Mental Illness: Reflections on the Human Costs of Profit The Writings of John Laurits

The Internet is changing civil wars. Watch out for these five trends. WaPo 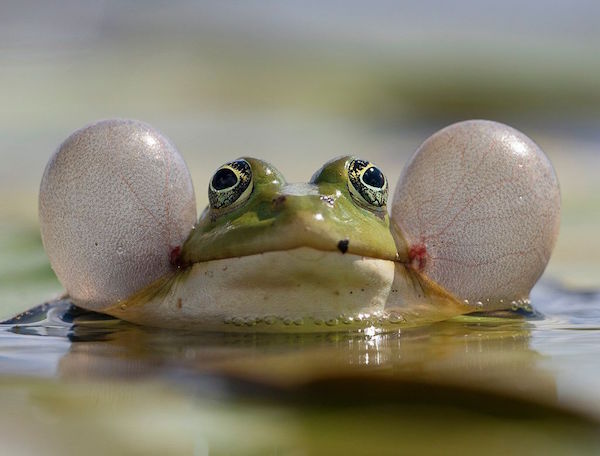