Forget an IPO, Coin Offerings Are New Road to Startup Riches WSJ (AF). AF: “This seems crazy, such pure gambling and for what?” I think I can answer that… Yves: “I also can’t believe this is legal. It has to run afoul of blue sky laws.”

As Night Falls In Syria, U.S. And Russia Brokered Cease-Fire Appears To Be Holding NPR

Mosul Is Liberated! My Congrats To Iraq Moon of Alabama

Theresa May plays G20 Trump card in attempt to quell Tory rebellion Telegraph. Certainly she’d be negotiating from a position of strength [snicker].

Brexit: German business warns May its priority is to protect single market, not a good trade deal with UK Independent

Brexit: France to cut income tax and open international schools to entice London’s bankers to Paris The Local. What could go wrong?

Reasons for Corbyn LRB. “The coincidence of the Corbyn surge with the horror of Grenfell Tower has created the conditions – and the demand – for a kind of truth and reconciliation commission on forty years of neoliberalism.” I’d love to see that here.

From misery to Momentum: the strange rebirth of the Labour Party The New Statesman

Trump as JFK? How haters and the media are underestimating the US president on North Korea Niall Ferguson, South China Morning Post. Ugh, Niall Ferguson.

China India standoff raises memories of 1962 war Asia Sentinel. If Xi needs a conflict for domestic reasons, this is a better choice than others I can imagine.

1 big thing: Trump’s other Russian dilemma Axios. (Search on the page for this headine.)

Trump’s Son Met With Russian Lawyer After Being Promised Damaging Information on Clinton NYT. Sourcing: “three advisers to the White House briefed on the meeting and two others with knowledge of it.” As Nina Illingworth writes: “The two core accusations behind Russiagate are: A) Trump is an intel asset; B) Russia rigged the election. You don’t get to change it to “Trump knows some guys who know Russians” and “Russia wrote stories on RT” and declare f*cking victory. NO.”

Donald Trump Jr.’s stunning admission to the New York Times WaPo. It’s getting so I skip any story with a headline that includes gaslighting words like “stunning,” “terrifying,” or — let me just go check Alternet, here — “dangerous,” “nightmarish,” “horrendous”….

Comey’s private memos on Trump conversations contained classified material The Hill. Sourcing: “according to interviews with officials familiar with the documents.”

Obama returns to political fray for a Democratic Party cause WaPo. The National Democratic Redistricting Committee (NDRC). Maybe Hillary and Barack can hit the trail together…

There Is No Major “Good” Government Leader Ian Welsh (MR).

The World’s Learning How to Handle Donald Trump, but It’s Tricky Bloomberg

Republicans Won’t Stop Fighting With Each Other Bloomberg

Profiting Off Pain: Trump Confidant Cashed In on the Housing Crisis Truthdig (JT McPhee). JT McPhee: “Nothing like honest context — not a mention of the other Barack’s role in making this Barrack’s predation possible. And profitable.”

Putting Profits Ahead of Patients NYRB

Google is funding a new software project that will automate writing local news Recode. That really is evil.

The National Enquirer’s Fervor for Trump The New Yorker

Plan for U.S. tax increase on rich not being considered: Mnuchin Reuters

Republicans in several states are lowering the minimum wage — yes, you read that right Salon

In one year, drug overdoses killed more Americans than the entire Vietnam War did Vox

Most sportsmen cheat – they’d be mad not to The Spectator

Praying Mantises Can Kill Birds and Eat Their Brains All Around the World Newsweek (RS). RS: Best anti-antidote EVAH! (Original.) 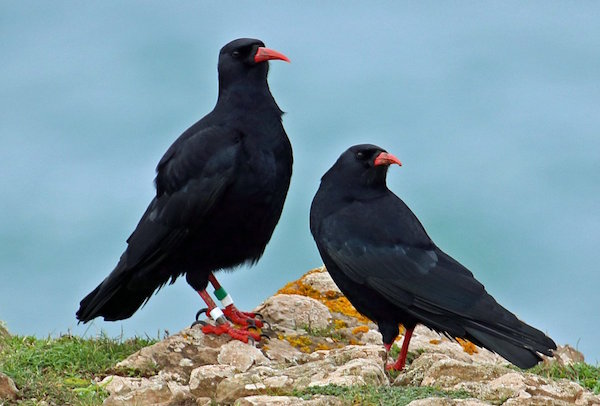 Bonus video. This is sad, but the sweetness may counter the anti-antidote: