Emojis are Proving a Hot Topic In and Out of the Courtroom ;) The Fashion Law

As Paperwork Goes Missing, Private Student Loan Debts May Be Wiped Away NYT (AF). AF: “If only they’d wiped out the mortgage debt.”

Resurrecting ‘A Comprehensive Charter of Economic Liberty’: The Latent Power of the Federal Trade Commission (PDF) University of Pennsylvania Journal of Business Law

Can Washington Prevent The Death Of The Gulf States? Moon of Alabama

Implementing Brexit: Immigration (PDF) Institute for Government. “The UK will need to provide EU nationals with the relevant documentation confirming residency in the UK, and member states will be responsible for doing the same for British citizens in the EU. The challenge for government is processing a possible three million applications with a system designed to manage a fraction of that. The Home Office needs either significant numbers of additional staff or a redesign of the process, or, better still, both.”

A Food Brexit: time to get real SPRU Science Policy Unit, University of Sussex. “The entire UK food system is dependent on migrant labour. UK food manufacturing is our largest manufacturing sector but one third of its workforce is migrant. UK horticulture has massive dependency on migrants to pick ‘British’ food UK consumers say they want. Technology will not replace the vast army of migrant labour who work in food service.”

The New Silk Road Will Go Through Syria Pepe Escobar, The Unz Review

The founder of Pussy Riot asserts that America’s Democratic politicians and liberal media outlets are deliberately obsessing over and misportraying Vladimir Putin in order to distract from the Democratic Party’s electoral failure. Nadezhda Tolokonnikova and her Pussy Riot bandmates generated international headlines in 2012 when they staged protests against Putin’s regime. They were subsequently jailed, and spent 21 months in prison. Tolokonnikova remains a staunch foe of Putin, but tells IBT/Newsweek that the Russian president is wildly misrepresented in the American political discourse.

The first link is a partial transcript of the podcast. Nadezhda Tolokonnikova’s views of Putin are interesting. As are the Saker’s views on Pussy Riot.

The Master of ‘Kompromat’ Believed to Be Behind Trump Jr.’s Meeting NYT. Yesterday’s headline “A Russian Developer Helps Out the Kremlin on Occasion. Was He a Conduit to Trump?” — note question mark — morphs into today’s “widely considered to have been the source of the incriminating information on Hillary Clinton that Donald Trump Jr. was promised.” I love the faux learnedness of “kompromat.” It makes anybody who uses it sound like a master of tradecraft!

I will have more on this topic in a post in a few hours.

Utah’s Lee and others balk on health care bill, prompting McConnell to shift from replacing Obamacare to repealing it Salt Lake Tribune

“So, in the coming days, the Senate will vote to take up the House bill with the first amendment in order being what a majority of the Senate has already supported in 2015 and that was vetoed by then-President Obama: a repeal of Obamacare with a two-year delay to provide for a stable transition period to a patient-centered health care system that gives Americans access to quality, affordable care,” McConnell said.

So, the Republican ObamaCare repeal kicks in after the next midterms? Governing is hard!

Senate GOP’s healthcare problem is not Trump McClatchy. Rather, it’s internal contradictions within the Republican Party itself (despite the wave of triumphalism we will shortly experience from the various Clintonite/Brockist AstroTurf “Resistance” “leaders”). Granted, a strong enough party head (which a President is) might be able to unify even a fractured party, but let’s remember that Bush in 2004, having just won a second term, was in a far stronger position than Trump today (“I earned capital in this campaign, political capital, and now I intend to spend it”) and yet Bush failed in his attempt to privatize Social Security, a project of equal scale. The President is not a dictator, as Obots were wont to say.

Quebec Expects $1.2 Billion in Savings With New Drug-Price Deal Bloomberg. Quebec population: 8.125 million. United States population: 321.4 million. I’m gonna go out on a limb here and say we could be leaving real money on the table.

Is Donald Trump simply the worst human being we can imagine? 14 experts weigh in Salon. “The two other people who consistently rate high on the TV Cheat Sheet hate-o-meter, perhaps offering Trump some competition, are Kim Jong-un and Justin Beiber.” I agree on Beiber. But have we jumped the shark, here? One can only hope…

The Benefits of Private Financing for Public Works NYT. Ka-ching.

How Andrew Cuomo broke the New York subway The Week

With 2018 looming, Democrats divided on their core message AP. House Democratic Caucus Chairman Joe Crowley: “That message is being worked on.” In the passive voice, yet!

With New D.C. Policy Group, Dems Continue to Rehabilitate and Unify With Bush-Era Neocons The Intercept

This is Why the GOP House is Safe in 2018 The American Conservative. Interesting excerpts from interview with Chris Jankowski.

Operation Bury Bernie: The Political Motive of the Jane Sanders Investigation Washington Monthly. Blames Trump as opposed to the liberal Democrats, when both are, well, I won’t use the word “colluding” because they’re acting in parallel….

An overdose, a young companion, drug-fueled parties: The secret life of USC med school dean Los Angeles Times. If you want a real college administrator scandal, this is what one looks like.

What Happened To Black Lives Matter? Buzzfeed. “[T]his story has been updated to clarify… that Blackbird is a communications and tactical support firm, rather than a public relations firm.” Oh. Long form, well worth a read.

Shackled skeletons in mass grave could be rebel army that tried to take Athens 2,600 years ago International Business Times (Re Silc).

This Is How Your Fear and Outrage Are Being Sold for Profit Tobias Rose-Stockwell, Medium

How liars create the ‘illusion of truth’ BBC

Warplane faces ‘tech problems and cost blowout’ Sky News. This is a reworking of the Times story from yesterday’s Links, which is paywalled. Includes this gem: “[T]he F-35 cannot transmit data to British ships and older aircraft without giving away its position.”

The Fourth Industrial Revolution is about empowering people, not the rise of the machines World Economic Forum. Seems legit.

Back on his pedestal: the return of Friedrich Engels FT

The Burden of Taxation in the United States and Germany Federal Reserve Bank of Chicago (Re Silc).

‘Game of Thrones,’ Season 7, Episode 1 Review: “Dragonstone” WaPo. I think WaPo does the best GoT recaps. They would, wouldn’t they?

Experts on war, diplomacy and politics tell us how ‘Game of Thrones’ ends Mashable

What if Sex Is Just a Garbage Dump for Genetic Mutations? WIRED

Against home runs The Week 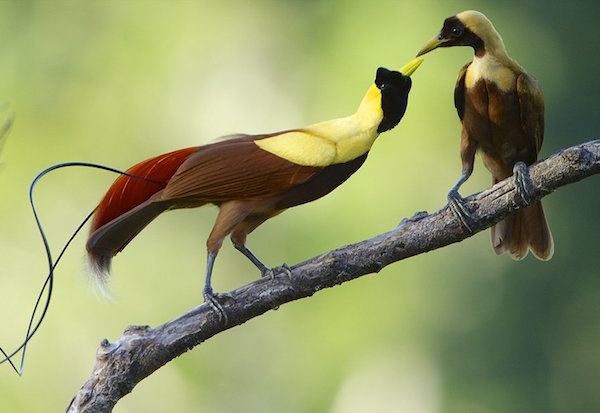