New Home Sales Plunge to Lowest Annualized Pace in Three Years MishTalk. It’s a volatile series, but read all the way to the end.

The $199 billion problem: Ten US companies that could devastate Silicon Valley Pando. Uber isn’t the only unicorn with valuation problems.

What happened to the ‘too big to fail’ banks? FT

Governments Are Turning to Banks for Easy Money Governing. What could go wrong?

Soldier Excited To Take Over Father’s Old Afghanistan Patrol Route The Onion. “Afghanistan is a permanent live fire exercise for the US Military to blood and battle harden troops” (Jehu).

Italy’s economy could soar with a parallel currency MarketWatch

The U.S. Can Not Be Trusted – Case XXXIV: Trump Cheats On China Sanction Deal Moon of Alabama

“Merchants of War and Peace: British knowledge of China in the making of the Opium War” by Song-Chuan Chen Asian Review of Books

Why those Confederate soldier statues look a lot like their Union counterparts WaPo. Because this is America:

Many of the South’s Silent Sentinels turn out to be identical to the statues of Union soldiers that decorate hundreds of public spaces across the North. Identical, but for one detail: On the soldier’s belt buckle, the “U.S.” is replaced by a “C.S.” for “Confederate States.”

It turns out that a campaign in the late 19th century to memorialize the Civil War by erecting monuments was not only an attempt to honor Southern soldiers or white supremacy. It was also a remarkably successful bit of marketing sleight of hand in which New England monument companies sold the same statues to towns and citizens groups on both sides of the Civil War divide.

An Intimate History of Antifa The New Yorker

The Public Face of Antifa Slate

the kind of sacrifice required in nonviolence Peter Levine

4 Thoughts About Trump’s Phoenix Speech And The Media Infowarzel

‘I don’t know how it got this bad’: Trump supporters and protesters meet in Phoenix WaPo

McConnell says he and Trump are united on ‘shared goals’ AP

Why the Scariest Nuclear Threat May Be Coming from Inside the White House Michael Lewis, Vanity Fair (Kokuanani). Normally, I skip clickbait headines that include “terrifying” (and its synonyms), but this is interesting. An administration has to administer, after all.

The Republican Party Is Enabling an Increasingly Dangerous Demagogue James Fallows, The Atlantic (JH). JH: “I don’t recognize the country that I have lived in for eighty years. Where will all this end?”

Trump Isn’t a Threat to Our Democracy. Hysteria Is. NYT

Here Are the First Excerpts From Hillary Clinton’s New Book The Cut (Re Silc).

This County Was a Democratic Stronghold. Then Came Trump. Washington Monthly (Re Silc). Readers will recognize Luzerne County as a county that flipped from Obama to Trump, as descibed six months ago at NC here.

Don’t Coddle Liberal Politicians Like Kamala Harris—History Shows They Should Be Pressured In These Times (MT).

The IRS Is Still Enforcing The Individual Mandate, Despite What Many Taxpayers Believe Health Affairs

A Texas-size flood threatens the Gulf Coast, and we’re so not ready Grist

MAP: How Much Climate Change Will Cost Each U.S. County Governing

Green finance for dirty ships The Economist. “By burning heavy fuel oil, just 15 of the biggest ships emit more of the noxious oxides of nitrogen and sulphur than all the world’s cars put together.”

Three years ago, this boss set a $70,000 minimum wage for his employees — and the move is still paying off. LinkedIn

The Corruption of the Law Common Dreams (OregonCharles).

I was hacked TechCrunch

Review: “Cities and the Wealth of Nations” by Jane Jacobs Ian Welsh (MR). 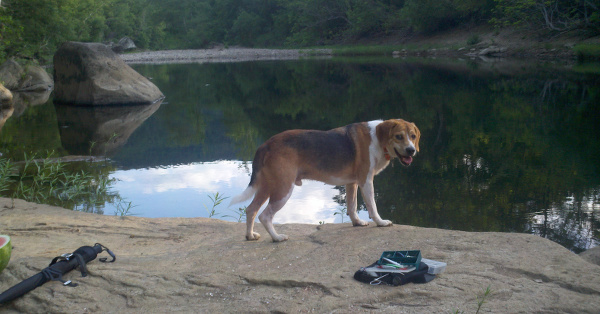 That’s a happy dog, but I also like the slightly surreal paraphernalia: The umbrella, the watermelon…