Yves here. While this post may seem to be focused on a particularly narrow issue, it’s important object lesson. The post below shows that a recent New York Times story wasn’t simply inaccurate, but that it flagrantly and verifiably misrepresented French labor rules in almost every manner imaginable. In other words, this article wasn’t reporting. It was unabashed propaganda.

By a senior general counsel with over 20 years’ experience across the IT, finance, insurance, banking, telecom, biotech, media and entertainment sectors who is now Legal Director for a major consultancy in France. Managed a series of multinational corporate restructuring programs in Europe during the financial crisis. Very knowledgeable about labor law regimes across the continent 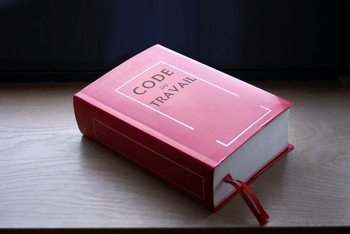 The August 4th New York Times article Macron Takes On France’s Labor Code, 100 Years in the Making by Adam Nossiter is misleading and erroneous in its description of the Labor Code – – “a mind-numbing 3,324 pages long and growing” – from his first sentence .

Nossiter’s article is curious, infuriating and filled with hoary but totally false statements that support the neoliberal argument that France needs to dismantle its worker protections to make it more “competitive” and “flexible” – despite the fact that French workers are more productive than just about any other workforce in the Developed World ($108/hour worked versus G7 average $102).

Firstly, yes, the Code is around 3000 pages long, including annotated case law references for the various laws. Why are 3000 pages needed to regulate the labor market?

As readers of NC will know, France is a unitary country with one legal system for all its regions and départements. Meaning that one code needs to cover the entire country.

Since Nossiter is seemingly astounded by all those French pages, let’s compare it to the much more flexible US law page counts: The US Code Title 29 combined with the Code of Federal Regulations (CFR) Title 29 is a mere 1874 printed pages. Note that the French Code is printed on much smaller sized paper (A5, 148x210mm) to make it easier to carry. So in fact, just the US Federal law (not counting state laws or case law) is already much more voluminous than the French Code.

Infamous? It’s hard to understand how this could be applied to such a banal handbook of how to legally manage employees. It’s a specialist’s legal text.

Indecipherable? Hardly. A layperson could easily peruse the table of contents or the index to find out for example, how a labor tribunal is composed and rules for the election of judges. If I’m worried that I’ll be fired, I could look up the rules for the proper procedure and prepare myself for the kabuki show of the entretien préalable where the employer must inform you of the reasons for your dismissal and give you a chance to respond.

Reviled? Perhaps in hardcore French neoliberal French business circles, the Code is reviled. It would be their dream to be able to hire and fire “at will” as in the US. No labor lawyer I know – and I know some very liberal/neoliberal-minded ones – reviles the code. One occasionally hears frustration with the way certain articles have been drafted, or the latest Cassation Court decision interpreting a point of law but never something as strong as revulsion.

Revered? Of course unions and workers’ organizations rightly revere the Code as the result of decades of struggle for labor rights. France is by no means a redistributive Democratic Socialist country in the Scandinavian mold but it does have a history of workers’ solidarity movements making hard fought achievements in social rights – and the Labor Code is a key embodiment of those protections.

Nossiter again: The code is regarded by many as the wellspring of the country’s malaise and

the chief obstacle to generating jobs, leaving the country with an unemployment

rate that hovers persistently around 10 percent.

Nossitter: “Mr. Macron is trying to establish the revolutionary idea that over two centuries of laws and court decisions minutely regulating work — the contents of the code — can now be bypassed.”

There is no talk of bypassing the Code. To be very clear, the changes to labor law that the Macron administration is proposing will be incorporated into the existing Code (likely making it even more mind-numbing for the New York Times). The proposed changes are as follows:

Upper and lower limits on labor tribunal awards. rather than allowing the labor tribunals to award monetary compensation based on their opinion of the individual case, the new law would set out a number of levels based on types of unjustified dismissals. This is to allow employers to better estimate the cost of a dismissal and avoid long court cases.

Economic layoffs in multinational groups. the current law forces labor tribunals to consider the worldwide economic performance of a multinational in judging whether a layoff in France is justified. The law would allow the courts to limit their consideration to only performance in France or perhaps the EU (still being argued), allowing multinationals to close poor-performing French subsidiaries at a lower cost.

Reduction of the statute of limitations on bringing an unfair dismissal case against a former employer. The current law allows employees up to a year to challenge an unfair dismissal. The proposal is for a reduction but the limit has not yet been mooted by the administration.

Part-time contracts for project work. Currently, part-time contracts (CDD) are limited to 6 months in duration with one renewal. The change would allow longer contracts to match “project” work. This is promoted as modernization that will be adopted by the IT sector but it is easy to see how this could also affect the building and construction industry – though there is discussion about limiting this to certain sectors of the economy. Things aren’t clear yet and this could be the one aspect that does not get through to the final law. This is a long-wished for change by the business lobby.

There are also some proposed articles governing night hours (these have to be agreed in a collective agreement) and the accounting of hours linked to pension amounts for certain jobs that are considered especially physically arduous (train workers, construction, nursing, etc.).

Legal recognition of intra-enterprise agreements: while not yet clear how this will look in text, the administration intends to allow certain intra-company agreements to take precedence over collective agreements for entire professions or agreements among a group of interrelated companies.

Nossiter on this aspect: “individual agreements would be negotiated at the company or industry level between bosses and workers.”

This change would not simply permit a company to “bypass” the Code but is considered an “inversion” of the current philosophy of the labor law in that it allows lower steps in the hierarchy to change regulation by simple company vote. Unions are for the most part against this provision that would in effect abrogate their authority from the bottom up.

It is also worth noting that an employer does not currently have the right to organize an employee referendum – this is either set out in law for the employees to organize themselves through their works councils or via a union if it has enough members.

Nossiter: “Last year Mr. Macron’s predecessor, President François Hollande, backed down from an assault on the code when the unions filled the streets in protest for weeks.”

False. After much protest, some of it violent — and the formation of the “Nuit Debout” movement — the “El Khomri” law was indeed passed by using a parliamentary maneuver under Article 49 of the French Constitution which allows the Prime Minister to pass a non-budget law once per session if the government can survive a no-confidence vote.

Nossiter: “For now, the labor code is so complex, and violating it is so risky, that many French employers keep it in a separate room and speak of it with awe. Only specialists, on their staff or outside it, are allowed to consult the oracle, they say.”

This is absolute nonsense. Anyone can consult the Code online. In my company’s Legal Department it sits on a table next to the team of 3 labor lawyers. I think there’s a few copies, actually. Anyone can stop by and read it. I might page through it for an aspect of my own work with no one raising an eyebrow.

Nossiter: “The long epoch of the Jacobin, the centralizing and controlling hand of Paris in the grit of France’s economic life — present since the Napoleonic era — will be unraveled if Mr. Macron gets his way.”

What to say here. I’ve set out above the reforms – there is no change to the unitary government, the Code promulgated from Napoleon’s time will still be in effect (the Code Civil – the Labor Code dates from the 1900’s). The only thing unraveling is Nossiter’s article on these pages.

Nossiter: “Indeed, at the heart of the code’s language is the notion that the worker is inevitably an exploitable object needing blanket protection from rapacious capitalist predators. Over time, that idea has been woven into the fabric of the society and economy. Even today, Stéphane Sirot, a labor historian, said, ‘It is the state that makes the law.’”

The Code sets out provisions that govern employer-employee relations and while there is a grain of truth in the statement that the Code can be interpreted as having the point of view that employees are exploitable, it’s because they are. An employer holds Damocle’s sword if hiring and firing are not regulated by law. And yes, M. Sirot – the state makes the law. I believe this is true just about everywhere – that said, with legislative capture one could argue that the state doesn’t make the law any longer in the US, but I digress.

Nossister: Labor courts […] tilt heavily in favor of labor, and at their discretion can award big payouts to workers who are dismissed. Those penalties have become among the chief disincentives to new hires.

Nossiter is propagandizing by omission. Labor courts only award payouts to workers who are dismissed without reason – unjustified dismissals. This can be for discrimination, for example and often is related to age or even an employee’s religion. This is why labor courts exist.

There is more in Nossiter’s alarmingly inaccurate article that is worth examining but this is perhaps the best line and it comes not from him but the owner of a window business that he interviewed:

Recently, she hired a temporary worker to help with a surge in orders, intending to make the person full time. But then she decided against it. “We felt that it was someone who really knew the Code du Travail,” she said. “He had caused problems at the SNCF,” the French state railroad, “‘You owe me this, you owe me that,’” Ms. Guerniou said. “We’ve gone too far.”

A temporary worker at a window business “really knew” the inscrutable, impenetrable, reviled, revered Code du Travail? Not only that, he was fired for it.