I invested early in Google and Facebook. Now they terrify me. USA Today. Must-read.

You Are the Product LRB. Also must-read, but grab a cup of coffee.

When altcoin life imitates art Izabella Kaminska, FT Alphaville. “The cryptocurrency market as a whole, meanwhile, is no more and no less than the ultimate expression of a luxury cult market.”

Why Dicamba-Tolerant Soybean Technology Is in Trouble Successful Farming

Intel CEO exits President Trump’s manufacturing council Axios. “‘I resigned to call attention to the serious harm our divided political climate is causing to critical issues, including the serious need to address the decline of American manufacturing,’ Krzanich said in a blog post. ‘Politics and political agendas have sidelined the important mission of rebuilding America’s manufacturing base.'” What we need, obviously, is a “government of national unity” (and maybe some generals playing a prominent role “above politics”). Seems strangely familiar… . Others: Intel, Merck, UnderArmour.

Tiki torch company: We have nothing to do with white nationalism CNN

The Statues of Unliberty The Atlantic

Here are the hate groups that took part in the “Unite the Right” rally in Charlottesville, Virginia Mic

On Charlottesville: Why the Center Is Okay with Nazis but Hates the Left Ian Welsh (Furzy Mouse)

What the Next Round of Alt-Right Rallies Will Reveal The Atlantic. These are protests against Google firing James Damore, “slated for Atlanta, Los Angeles, Pittsburgh, Seattle, New York, Washington, Austin, Boston, and Mountain View, California.” Not the same as the Charlottesville event organizers, apparently.

Is America Headed for a New Kind of Civil War? The New Yorker. This paragraph:

America’s stability is increasingly an undercurrent in political discourse. Earlier this year, I began a conversation with Keith Mines about America’s turmoil. Mines has spent his career—in the U.S. Army Special Forces, the United Nations, and now the State Department—navigating civil wars in other countries, including Afghanistan, Colombia, El Salvador, Iraq, Somalia, and Sudan. He returned to Washington after sixteen years to find conditions that he had seen nurture conflict abroad now visible at home. It haunts him. In March, Mines was one of several national-security experts whom Foreign Policy asked to evaluate the risks of a second civil war—with percentages. Mines concluded that the United States faces a sixty-per-cent chance of civil war over the next ten to fifteen years. Other experts’ predictions ranged from five per cent to ninety-five per cent. The sobering consensus was thirty-five per cent. And that was five months before Charlottesville.

“We keep saying, ‘It can’t happen here,’ but then, holy smokes, it can,” Mines told me after we talked, on Sunday, about Charlottesville.

I don’t think this paragraph means what the New Yorker author thinks it means. Certainly in Afghanistan, Colombia, El Salvador, and Iraq — not to mention Libya and Syria — the United States fomented and engineered these so-called Civil Wars. They didn’t just “happen.” The Daily Beast’s Justin Miller has a good thread in reaction to the article:

America is no closer to Civil War II than it is to Shariah law. https://t.co/6TL5ikgD0b

“Experts estimate….” See above. The tweetstorm, however, is well worth a read. Nevertheless, if I ask myself what victory looks like to liberal Democrat 10%-ers, it’s not only a return to power, but secession, separation, a definitive walling off or ritual enclosure of some sort, perhaps the logical culmination of the Big Sort. That doesn’t mean I think such a victory is in any way achievable.

5 Things That Will Happen When California Secedes from the U.S. The American Conservative

Backed by Police Unions, Legislators Stand By Laws to Protect Drivers Who Kill Protesters The Intercept (BC).

The North Koreans show us a picture, as if we were extremely slow on the uptake, which is probably wise:

This is a very important photo. It shows Anderson AFB in #Guam as clear as day on the back wall. pic.twitter.com/rQhicoGSRM

We Can Stop North Korea From Attacking Us. All We Have to Do Is Not Attack Them. The Intercept

The British government plans for hard border with the Republic of Ireland New Europe (MT).

How did the UK austerity mistake happen Mainly Macro (MT).

Corbyn, Macron and D66: the elections that shocked the political class and why it’s not over yet FT

As India turns 70, a sombre reminder of stolen freedom The Scroll (J-LS).

When a Superpower leads with its chin Macrobusiness. Very good.

A Guide to Russia’s High Tech Tool Box for Subverting US Democracy WIRED vs. Dissecting Trump’s Most Rabid Online Following FiveThirtyEight. Guess which was more important?

Trump Isn’t a Threat to Our Democracy. Hysteria Is. NYT

Trump Will Get His Tax Cuts, Vast Majority of Economists Say Bloomberg

Is Changing the Constitution the Only Way to Fix Washington? Pew Charitable Trusts (Re Silc). Good outline of the players and amendments. On the possibility of a Constitutional Convention, see NC here.

Loud Voices From Below Empirical SCOTUS. Data on how the Supreme Court accepts cases for review.

Why Are Drug Prices So High? These Politicians Might Have The Answer David Sirota, International Business Times

This American Town Was Left to Die, and Suddenly Economists Care Bloomberg

What the summer book choices of the elites reveal about politics FT. On the (so-called) Thucydides trap, mass death, and behavioural economics.

The Daily 202: Evidence of climate change abounds amid extreme weather in the Pacific Northwest WaPo

The hidden environmental impacts of ‘platform capitalism’ The Ecologist (MT). 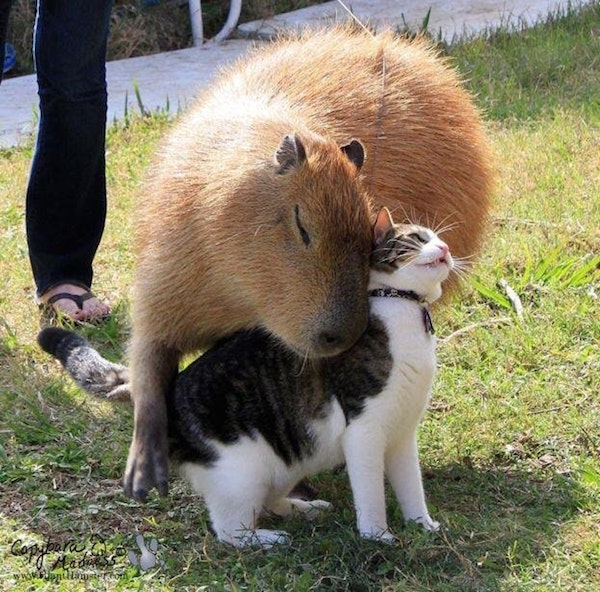 this is what u needed to see today pic.twitter.com/9vmk56eBkl