“Flashback: Elizabeth Warren Tells a Story About Hillary Clinton, Wall Street and Lobbying” [Bill Moyers]. If you want an example of Hillary Clinton changing her vote for money, Warren has the goods. And in debate, Sander didn’t use this zinger, preferring to address systemic issues (contrary to Clinton’s revisionist history in What Happened (sans question mark slash interrobang, oddly, or not).

As I keep saying, the real Trump story is what’s happening to those areas where the Administration has no checks and balances. This thread:

I&#39;ve been subscribed to EPA news alerts for over a year now. Since the election, the shift is absolutely nuts. 1/

“Be clear about what happened to Keith Ellison” [Matt Bruenig]. An oldie but goodie, including this paragraph:

The establishment wing has made it very clear that they will do anything and everything to hold down the left faction, even as they rather hilariously ask the left faction to look above their differences and unify in these trying times. They do not have any intent of ceding anything — even small things they claim are mostly irrelevant — to the left wing.

No time to do stats today. I’ll catch up tomorrow!

Retail: “By 2020, Gartner predicts, 250 million connected cars will be on the road, about one in every five vehicles worldwide. Connected cars offer more than elaborate infotainment systems: They will also allow manufacturers to remotely monitor a vehicle’s health, predict what maintenance work and repair work it needs, and to diagnose its problems” [Quartz]. “If [the aftermarket], which sells around 70% of all auto care parts and services in the United States, mostly for vehicles that are no longer covered by warranty, doesn’t have adequate access to information streaming from cars, [auto repair shop owner Jim Dykstra] says, “a whole $300 billion-plus industry—we’d be up a creek.”

Retail: “Amazon Just Launched a 500-Piece Fast Fashion Collection” [The Fashion Law]. “Amazon is taking on the likes of Spanish fast fashion giant Zara – the biggest fashion retailer in the world – with the launch of ‘Find,’ its in-house label, which consists of a 500-piece womenswear collection and 200 additional menswear styles.” Jerri-Lynn on fast fashion here and here. I certainly hope Amazon’s supply chain is clean…

The Bezzle: “Inside the black market where people pay thousands of dollars for Instagram verification” [Mashable]. “This is a guy who knows a guy, a middleman in the black market for Instagram verification, where anyone from a seasoned publicist to a 22-year-old digital marketer will offer to verify an account—for a price. The fee is anywhere from a bottle of wine to $15,000, according to a dozen sources who have sold verification, bought verification for someone else, or directly know someone who has done one or the other…. The blue [check] emblem can help people gain legitimacy in the business of influencer marketing and bestows some credibility within Instagram’s community of 700 million monthly active users. It cannot be requested online or purchased, according to Instagram’s policies. It is Instagram’s velvet rope. But it’s clear from people who spoke on the condition of anonymity, many of whom have their own blue checkmarks, that a black market for Instagram verification is alive and well.”

The Bezzle: “[Pivotal Research analyst Brian Wieser] noted that Facebook’s data indicates it can help marketers reach 41 million 18-24 year-olds, while the US census reports there are only 31 million 18-24 year-olds in the country” [Business Insider]. “There are a few key differences between the way that Facebook estimates the size of this audience versus the US Census. For one, people self report their ages on Facebook (in this case, many of these are young people). Facebook also captures travelers in the US. ‘Reach estimations are based on a number of factors, including Facebook user behaviors, user demographics, location data from devices, and other factors,’ said a company spokesperson. ‘They are designed to estimate how many people in a given area are eligible to see an ad a business might run. They are not designed to match population or census estimates.'” So that accounts for a discrepancy of 10 million? Hard to believe.

The Bezzle: “Magnises, a word that doesn’t really mean anything, was meant to be a passport to everything. For $250-per-year, members would gain entry to exclusive celebrity events, a concierge service to score hard-to-get concert tickets and restaurant reservations, and access to a swanky, shared hangout pad. They’d also get to meet up with other wealthy young folk who like to party: entrepreneurs, businesspeople and entertainers” [Bloomberg]. And it all ended in tears. Imagine that!

The Bezzle: “Chill, Bitcoin’s Still Cool. What’s That Burning?” [Bloomberg]. “Sure, perhaps ‘ICOs are the new Nigerian Prince scam. They offer you to get rich, they just need some of your money up front, and all your dreams will come true!'”

The Bezzle: “Airlines are price gouging in the path of Hurricane Irma—and algorithms are to blame” [Quartz]. “[T]he airlines’ standard pricing models are creating a public relations nightmare ahead of Irma’s Florida landfall. The systems that automatically adjust fares based on supply, demand, and competitor pricing in real time also assume a certain number of no-shows, and thus are allowed to sell more seats than exist on flights. When airline pricing systems recognize that a flight will be overbooked, it can send ticket prices to astronomical levels to cover the anticipated costs and penalties of bumping other ticket holders.” In other words, price gouging is business as usual?

The Bezzle: “US House sends self-driving car bill to the Senate” [Yahoo Finance]. “SELF DRIVE, or the Safely Ensuring Lives Future Deployment and Research In Vehicle Evolution Act, will allow companies to test up to 100,000 autonomous vehicles on regular roads, even if they don’t meet current safety standards. What this legislation does is give companies researching and actively working on self-driving tech a chance to prove their technology is safe.” “Safely ensureing” without safety regulation seems like the essence of modern neoliberalism.

Supply Chain: “At any given time, customers are on a journey with multiple brands across various industries. They tap into different businesses to satisfy different needs because it’s impossible for one solitary brand to fulfill the entirety of consumers’ needs. Through a brand lens, every experience with a customer is viewed as the “customer journey,” but that’s an insular way to look at it. The real customer journey doesn’t start and stop with one brand or one experience with a product — their day is a perpetual series of interactions with different products and brands” [Women’s Wear Daily]. I suppose brands are useful as tribal markers; Coors and PBR, for example…

Political Risk: “European Union finance ministers are set to discuss rule changes next week aimed at increasing taxes on digital multinationals such as Google and Amazon, an EU document seen by Reuters said” [Reuters]. “The document proposes a reform of international tax rules to change the concept of ‘permanent establishment’ so that digital multinationals could be taxed where they create value, and not only in countries where they have established their tax residence.”

New @pewresearch data out on how Americans feel about the #BlackLivesMatter movement: 55% support, 34% oppose https://t.co/LxKl1timVM pic.twitter.com/jHy3jDmpKD

To target hopeful young strivers who grew up here is wrong, because they’ve done nothing wrong. My statement: https://t.co/TCxZdld7L4

God forbid that simple, common humanity be the reason!

“America’s First Butter Sculptor Was an Artist and a Celebrity” [Atlas Obscura]. “Today, butter sculpting is the purview of state fairs and agricultural halls [and the Iowa primary], its subject matter heavy on cows, pop stars, and heads of state cuddling pandas. But from the mid-19th century through the early 20th, Caroline Shawk Brooks, aka the ‘Butter Woman,’ used it to bring herself widespread renown. By exploring the sculptural possibilities of dairy, Brooks took herself from an early life as a farmer’s wife into a career full of national exhibitions, cross-country tours, and European travel—all despite naysayers who wanted nothing more than to melt her down.”

“Snoring Is an Annoyance Worth Taking More Seriously” [The Cut].

“Taiwan, Singapore ranked among best places in the world for expats” [Asian Correspondent]. Unlike other articles on this study that I’ve seen, this link includes a chart of the entire top 50.

NOTE Some readers have expressed a desire for a small meetup in the Bangor area. My dance card for September is pretty full, but Friday, September 15 would work for me. (I realize I’d be “outing” myself to any locals who haven’t made the connection, but at this point my online identity is sufficiently gauzy — certainly to a professional — that it probably doesn’t matter much anyhow.) If anybody wishes to contact me on this topic, here’s my email: lambert [UNDERSCORE] strether [DOT] corrente [AT] yahoo [DOT] com.

Readers, feel free to contact me at lambert [UNDERSCORE] strether [DOT] corrente [AT] yahoo [DOT] com, with (a) links, and even better (b) sources I should curate regularly, (c) how to send me a check if you are allergic to PayPal, and (d) to find out how to send me images of plants. Vegetables are fine! Fungi are deemed to be honorary plants! If you want your handle to appear as a credit, please put it in the subject line. Otherwise, I will anonymize by using your initials. See the previous Water Cooler (with plant) here. Today’s plant (via): 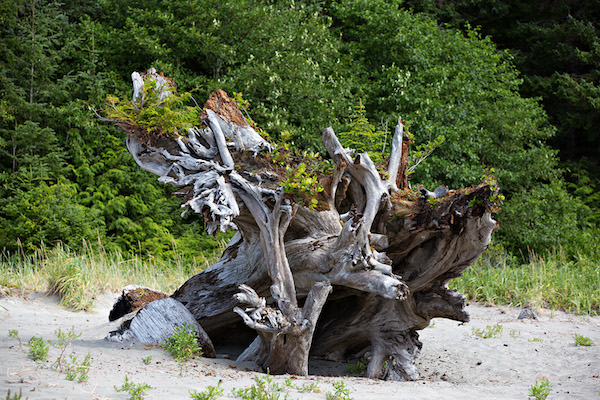 Readers: Do feel free to use the dropdown and click the hat to make a contribution today or any day. Here is why: Regular positive feedback both makes me feel good and lets me know I’m on the right track with coverage. When I get no donations for five or ten days I get worried. More tangibly, a constant trickle of small donations helps me with expenses, and I factor that trickle in when setting fundraising goals. So if you see something you especially appreciate, do feel free to click the hat!

Query: I got a note from reader J in Massachusetts to which I responded, but AOL bounced it. Can reader J contact me with an address that won’t do that, so I do not seem discourteous? Thank you!