By Gaius Publius, a professional writer living on the West Coast of the United States and frequent contributor to DownWithTyranny, digby, Truthout, and Naked Capitalism. Follow him on Twitter @Gaius_Publius, Tumblr and Facebook. GP article archive  here. Originally published at 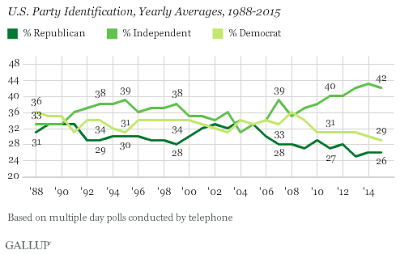 “I never had any money until I got out of the White House, you know, but I’ve done reasonably well since then.”

Like Bill Clinton before him, ex-President Barack Obama has gotten on the Wall Street-financed train to millionaire riches. Clinton:

On December 21, 2000, President Bill Clinton signed a bill called the Commodities Futures Modernization Act. This law ensured that derivatives could not be regulated, setting the stage for the financial crisis. Just two months later, on February 5, 2001, Clinton received$125,000 from Morgan Stanley, in the form of a payment for a speech Clinton gave for the company in New York City. A few weeks later, Credit Suisse also hired Clinton for a speech, at a $125,000 speaking fee, also in New York. It turns out, Bill Clinton could make a lot of money, for not very much work. [emphasis mine]

Times change, prices go up, but the song remains the same. Obama:

Last month, just before [Hillary Clinton’s] book “What Happened” was published, Barack Obama spoke in New York to clients of Northern Trust Corp. for about $400,000, a person familiar with his appearance said. Last week, he reminisced about the White House for Carlyle Group LP, one of the world’s biggest private equity firms, according to two people who were there. Next week, he’ll give a keynote speech at investment bank Cantor Fitzgerald LP’s health-care conference.

Obama is coming to Wall Street less than a year after leaving the White House, following a path that’s well trod and well paid. [emphasis mine]

If the first figure is his fee, as it reportedly is for the Cantor Fitzgerald speech as well, he’ll pocket $1.2 million from three Wall Street speeches in about a month’s time.

The issue is not just the cashing in on career-long, eager service to mega-wealthy Wall Street bankers — including especially his failure to prosecute not one of them for massive and systemic fraud, let’s remember. That’s the smallest of the problems with this story. A larger issue is its effect on the desperate attempt of the Democratic Party to distance its current self-presentation, “The Party That Speaks For The People,” from its most recent self, “The Party Of The Top Ten Percent.” Or at least, its attempt to appear to create that distance.

This move by Obama won’t help those attempts at a new-minted reversal appearance. As the article points out, “While he can’t run for president, he continues to be an influential voice in a party torn between celebrating and vilifying corporate power. His new work with banks might suggest which side of the debate he’ll be on”. No one in the bottom 90% — most of us, in other words, is “torn between celebrating and vilifying corporate power.”

It’s a come-to-Jesus moment for the Democratic Party, and Obama brought Eve’s apple to the discussion.

The nation is at a crossroads, in a pre-revolutionary condition, and so is the Democratic Party. The revolution in the nation is proceeding. Ever since Obama’s betrayal of his mandate in 2009, discontent with Establishment rule, by supporters of both parties, has grown almost geometrically, starting with the Democratic Party disaster in 2010. In 2016 that revolt kept Republicans in charge, despite a Senate winnable by the Democrats, and it helped put Trump and Pence in the White House for the next four years.

Revolt against Establishment rule would have put Sanders in the White House instead, if Democratic leadership had allowed it. Consider: 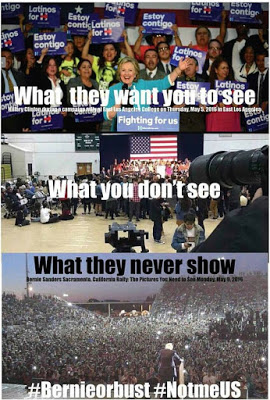 The argument against Sanders by Democratic leaders is that people who filled football stadiums to support Sanders weren’t Democrats. Neither are most voters, however, as the chart above shows. Think that through.

A Price for Democratic Party Dithering

And now the debt for Democratic Party misdeeds, for sticking with the Establishment playbook, comes due. In 2018 and 2020 the nation will get its last real chance, before our twin tsunamis hit, at putting leaders in place to actually deal with them. Those twin tsunamis — bankruptcy, death and anger-fueled revolt against rule by the rich; and fossil-fueled destruction of a climate that can sustain seven billion living breathing humans. Both crises are reaching social and political tipping points. Neither will wait while Democrats continue to dither and the Party’s still-in-place leaders try to stretch their corrupt profit-taking practices into an indefinite future.

Will Party leadership convince enough voters that they hold a better answer than the next faux-populist demon from the right, our nation’s own monster from the id? Or will apathy to Democratic Party corruption suppress turnout enough to keep Republicans in power in 2018 and elevate their next monster from the id to the White House in 2020?

Needless to say, Obama’s new Wall Street wealth, and Democratic Party defense of it, isn’t likelyl to help either us or them.

One final point. In the case of his paid speech to mega-wealthy equity firm Carlyle Group, there do seem to be quids and quos. From the International Business Times (emphasis mine):

Several years after private equity firm Carlyle Group LP successfully pushed the White House to relax Environmental Protection Agency rules to the benefit of two Carlyle-owned oil refineries in Pennsylvania, former President Barack Obama, as part of a series of paid speeches, made a stop at its conference last week.

Bloomberg first reported the former president’s recent paid speech rounds Monday, citing “two people who were there” at a Carlyle event in Washington, D.C., last week, where he “discussed his life and the decisions he made in the White House.” It’s unclear whether and how much he was paid by Carlyle, which declined to comment to International Business Times, but Bloomberg reported that he received $400,000 for a Northern Trust Corp. engagement in August, and earlier this year won the same amount from the investment bank Cantor Fitzgerald, for which he was slated to speak again next week.

After listing Carlyle Group executives who also held positions with the Obama administration, IBT writes this:

Back in 2013, Carlyle — working in tandem with Delta Air Lines, which also owned a refinery — met with Obama’s economic adviser Ronald Minsk and an EPA official, and signed a letter to the EPA with Delta and a refinery union leader as part of an effort to lobby the agency to relax its steadily rising requirements for mixing biofuels in petroleum-based fuels as part of the Renewable Fuel Standard (RFS) program, Reuters reported in 2014.

While a boon for makers of corn-based ethanol, the requirement that U.S. petroleum output include 13.8 billion gallons of “conventional biofuel” each year would prove expensive for oil producers, as they’d have to either purchase the alternative fuel or buy a limited supply of compliance credits rapidly escalating in price. The following year would bring with it a 14.4-billion-gallon mandate. Following another letter to the EPA from then Pennsylvania Governor Tom Corbett and his Delaware counterpart Jack Markell, the EPA announced in November 2013 that it would lower the next year’s requirement to 13 billion gallons instead of 14.4 billion, causing politicians from big corn-industry states, such as Rep. Steve King (R-Ia.), a denier of climate change, to balk. The watchdog group Citizens for Responsibility and Ethics in Washington (CREW), citing the Reuters investigation, sued the EPA “for failing to provide documents regarding oil industry efforts to influence the 2014 Renewable Fuel Standard,” according to a CREW press release.

“It certainly seems as if the administration has backtracked on its commitment to renewable fuels. The question is why. Was there a back room deal orchestrated by big oil and high ranking officials in the Obama administration?” Melanie Sloan, then the group’s executive director, said in the 2014 release. “Even though it is nearly 2015, the renewable fuel standards for 2014 still haven’t been released. Is this to avoid potential political fallout in the mid-terms for siding with the oil industry over the biofuel industry?”

In 2015, Delta and Carlyle, along with oil giant Valero Energy Corp. and Minsk, by then no longer Obama’s economic adviser, renewed their efforts to change the EPA RFS rules, this time by pushing the agency to relegate the burden of compliance with required biofuel levels to fuel blenders, rather than refiners.

Before the campaign to influence the EPA’s fuel-composition requirements began, Obama’s administration played a helpful role in Carlyle’s acquisition of the refinery as well.

There’s more in the IBT piece. This isn’t a smoking gun, of course. But there is a corpse (the biofuel standard) and a clear beneficiary, or several. One of those beneficiaries, the Carlyle Group, seems to have just said thanks.

Obama’s future is quite secure and getting more secure by the day. I’m not sure the same can be said for the Democratic Party’s; quite the opposite in fact. And I strongly suspect, if true, the two outcomes will prove connected.