Humans are Wired for Negativity aeon (micael). Most people have mainly anxious dreams? Or maybe most people aren’t good at remembering their good dreams.

Ex-HSBC Forex Trader Goes on Trial in New York FT. Prosecutors accuse the defendant of front-running; the defense says he acted according to “standard practice in the banking industry.”

Understanding Uber: It’s Not About The App Reconnections (musicismath). The “not about the app” framing is a straw man, but lots of good detail.

How Did Women Fare in China’s Communist Revolution? NYT

Revolutionary Possibility Jacobin. From China Miéville’s October: “Those who count themselves on the side of the revolution must engage with these failures and crimes. To do otherwise is to fall into apologia, special pleading, hagiography – and to run the risk of repeating such mistakes. […] The standard of October declares that things changed once, and they might do so again.”

Give RPS a Chance Michael Albert and Justin Podur, ZNet. Have any readers looked in depth at Albert’s detailed models for how “participatory economics” might work?

How an Economic Theory Helped Mire the United States in Vietnam The Conversation. On Walt Rostow.

The James Brown Theory of Black Liberation Adolph Reed, Jacobin. From 2015, but well worth a look.

Hopes and Frustrations As Brexit Talks Resume After May Speech Reuters

Greece and Economic Recovery: Fake News in Action CJ Polychroniou, Al Jazeera. Not everyone is convinced that things are going swimmingly.

North Korea Calls Trump Tweet a ‘Declaration of War’ CBS/AP. Nothing good happening. The article incidentally notes that in “July 2016, Pyongyang said U.S. sanctions imposed on Kim were a ‘declaration of war’.”

As Always, There Are Variations, Mistranslations & Missed Nuances Noon in Korea. Twitter thread showing how mistranslation of key speeches is not helping.

Three perspectives on what the obviously sane response is here:

A Way Forward in the North Korea Crisis Time. A summary of US elite views.

Peace With North Korea Is Still Possible Al Jazeera (three weeks ago). What the President of South Korea would like to see.

Russia to Set Up New Military Base in Eastern Syria FarsNews

Trial and Terror The Intercept. Comprehensive information on terrorism prosecutions since 9/11.

McCain Saves the GOP The Week. From the same source, McCain’s cancer prognosis is ‘very poor’.

With a Picked Lock and a Threatened Indictment, Mueller’s Inquiry Sets a Tone NYT. Duh.

I Understand Why They Knelt National Review

‘This Is Chaos’: Day 5 in Storm-Ravaged, Blacked-Out Puerto Rico Bloomberg

Deloitte Gets Hacked: What We Know So Far Fortune.

If Someone Hadn’t Traded On Hacked SEC Files, We’d Never Have Known The SEC Was Hacked DealBreaker. J-LS: “Wowsers.”

Cloudflare CEO: DDoS Attacks Will Now Be ‘Something You Only Read About in the History Books’ Motherboard 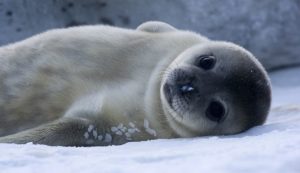