Ancient footprints in Crete challenge theory of human evolution – but what actually made them? The Conversation

Sunk by a Tsunami, Underwater Archaeologists Finally Find the Ruins of the Roman City Neapolis Ancient Origins (The Rev Kev)

While NV Energy decries rooftop solar “cost shift”, it is over-profiting from its customers by tens of millions Energy And Policy Institute (Micael)

Who is Actually Harmed by Predatory Publishers? Triple C (Micael)

UK ‘does not have capacity to strike new trade deals after Brexit’ Guardian. Not exactly news for regular readers.

Government confusion over Brexit means our world class civil service is going to waste Prospect. Another example of wistful thinking, based on the past rather than reflective of present realities — sadly, Britain’s civil service isn’t what it used to be, either in size or competence.

Pro-Brexit MPs revive case for no deal with EU FT. Cannot believe anyone can make such an argument with a straight face.

After the floods, the threat of leptospirosis and other infections looms large in this Mumbai slum Scroll.in

If Anything, Demonetisation Slowed the Rate of Increase in Income Tax Base The Wire

What is an ICO, and why is China’s central bank banning it? SCMP

Bernie Sanders: Labor Day Is a Reminder That We Can Win Fights That Seem Impossible AlterNet

From Cicero to Trump, They’re All in Plutarch’s ‘Lives’ WSJ

Summer employers hired American amid Trump visa squeeze Politico. The deck: What happens when guest-worker visas run out? The lead: “President Donald Trump’s harsh criticism of immigration programs and Congress’ refusal to lift a cap on work visas meant many seasonal businesses had to hire American this summer — and pay their workers more.”

Michael Caine interview: ‘Every single person I knew became rich’ Independent. Better than the headline– describes a bygone but still recent era when opportunities for those of great talent but humble origin expanded, due to public policy choices.

Forget Wall Street – Silicon Valley is the new political power in Washington Guardian. Not exactly news to regular readers, but worth your time anyway.

CONGRESS RETURNS TO WASHINGTON WITH AGENDA UPENDED BY HARVEY AP

Hillary Clinton promoted a news website ‘for the 65.8 million’ — here’s what its founder says it’s all about Business Insider. That picture is scary.

Starbucks Opening in Turkmenistan is Fake News Eurasianet. Micael: “A country without Starbucks is a good thing.” Moi:  The one and only time I was in Turkmenistan– summer 2008– I was really impressed by the local markets, especially those of Turkmenbashi and Ashgabat. Amazing smoked fish– various types of sturgeon– and soft fruits– luscious cherries, apricots, peaches, plums. I ate very well from those markets.

Q&A: what earthquake science can tell us about North Korea’s nuclear test The Conversation

Motives of North Korea’s Leader Baffle Americans and Allies NYT. To be read together with the above piece.

UNDERCOVER IN NORTH KOREA: “ALL PATHS LEAD TO CATASTROPHE” The Intercept  Glenn F: “A view from the inside and it’s not pretty.”

Build-a-Bunker: the bespoke nuclear burrows on offer for the wealthy New Statesman

One of my favorite birds, the magnificent frigate bird, in a rare close-up. Usually, birders are lucky to see this bird soaring high overhead. Magnificent indeed! 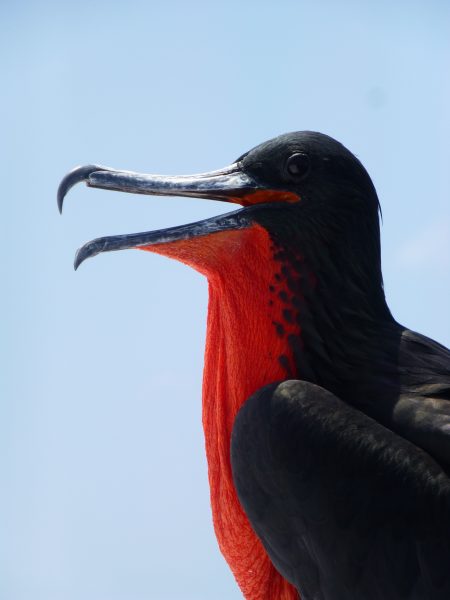