Massive Sunspots and Solar Flares: The Sun Has Gone Wrong and Scientists Don’t Know Why Newsweek

Equifax Data Breach is a 10 out of 10 Scandal TRNN

Why Kim Jong-Un wouldn’t be irrational to use a nuclear bomb first WaPo. Hoo boy.

The Risk of Nuclear War with North Korea The New Yorker. Long read.

Seven Steps to a Saner U.S. Policy Towards North Korea The American Conservative

China’s Racist Propaganda Rises to Fever Pitch Digital Chosun (TF). TF: “No idea if this is typical of the way they talk about each other. Certainly on the same elevated plane as the ‘freedom fries’ hilarity of pre-Iraq invasion USA.”

Japan’s Abandoned Hotels Are Being Reclaimed by Nature Atlas Obscura

One country, two systems The Economist . Pinyin and Chinese characters.

How Hurricane Harvey Will Ripple Through the U.S. Economy WSJ

Ryan’s already-shaky status with GOP colleagues takes another hit McClatchy. As it should; eight years in opposition, and this so-called policy wonk didn’t have a health care bill he could pass.

The road to torture: How the CIA’s “enhanced interrogation techniques” became legal after 9/11 Salon

F-35 firmware patches to be rolled out ‘like iPhone updates’ The Register. What could go wrong?

Bernie backers’ attacks on Democrats infuriate the party Politico (MR). Hitting a donkey with a 2×4 probably infuriates it too, but it’s the only way to get the donkey’s attention.

In response to the Democratic Party establishment’s recent attempts to divide the party and grassroots. Medium (MR).

Poll: Most Americans want to replace Obamacare with single-payer — including many Republicans WaPo

The ACA is Failing Because It Didn’t Account For Hospital Monopolies in Rural Areas The Intercept. Reading the article, it’s hospital monopolies, period.

How the aristocracy preserved their power Guardian. “According to a 2010 report for Country Life, a third of Britain’s land still belongs to the aristocracy.”

We Need to Fight for All Undocumented Migrants, Not Just Dreamers The Nation

A tech critic on the sham populism of Silicon Valley Vox

Where the Digital Divide Is the Worst Governing

Terminal Slate. “How the airport came to embody our national psychosis.”

The Narrative of Fear and Insecurity Golem XIX 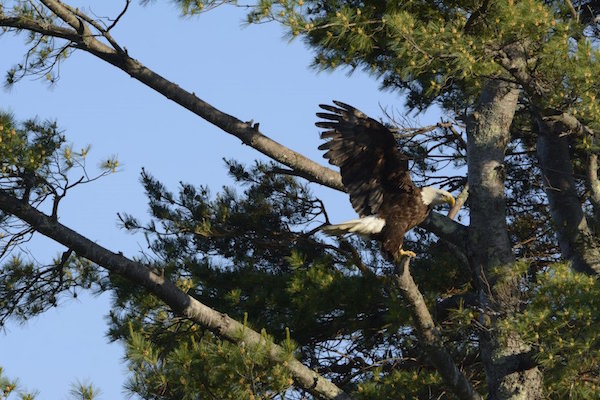 An eagle in Acadia National Park.