Yves here. Lambert and I for the last week or so have both noticed how odd the news flow is. At least in the US, the grist for commentary has gotten very thin. It’s as if this were late August, not October.

Man saves disabled roommate from fire KTVU. EM” “Very smart in his unusual choice of safe place … He saved the disabled woman from whom he was caregiver and her cat, but lost his dog. :(“. Moi: I hope the media coverage leads them to get some donations.

That crook Schembri was in court today, pleading that he is not a crook https://t.co/46pV1mXEw9

Experts at US hearing warn N. Korea EMP attack could kill 90% of Americans in year Asia Times. Resilc: “And I could win Powerball.”

Brussels trip by PM fails to unblock stalemate as both sides harden stance Guardian. Here we see yet another repeat of Greece, which I think can be generalized into a Rule of Negotiations: If two sides do not have an overlap in their bargaining position, more interaction makes their interpersonal relations worse.

Brexiteers fear ‘Swiss Trap’ trade deal Politico. Lambert ran this link yesterday, but I wanted to make an observation or two. The fact that the Brexit boosters are even having this conversation reflects their continuing refusal to accept basics. I’m simplifying but not by much: he EU has said over and over and over again that if the UK is going to have to have access to the Single Market, it has to accept all sorts of things it does not like, which EU leaders have enumerated. If you are going to have seamless trade with the EU, you have to accept EU rules. Harmonization does not happen on a real-time basis. So you have to accept EU law, and that includes the jurisdiction of EU courts on relevant matters. This is not hard to understand, save the UK wants not just a pony but a herd of ponies, a stable, and staff too.

1. Thread on the state of Brexit

The main reasons that I once thought Article 50 would never be notified were the very problems UK now has.

‘We have no need for you,’ Erdogan tells Europe Asia Times

A giant F— YOU to us mopes. How stupid do they think we are? “Concurrency orphans,” indeed. Well, the canopy on the 30-year-old F-16 up on the pedestal at a local park is yellowing from the Florida sun– an “unconcurrent F-35 would shore look swell up thar, give us peasants a view of what America stands for…

The Memo: Trump keeps beating 2016 drum The Hill. So does Hillary. Quite the pair.

Trump White House fed up with the Senate Politico. No doubt the feeling is mutual.

Assange hits back at ABC, Clinton’s claims 9News. Mark Ames (who remember had to leave Russia after Putin came to power and is a regular critic) says the reason Wikileaks doesn’t as much material from Russia as it does in English (see Caitlin Johnstone on Wikileaks dumps from Russia) is that Wikileaks has competitors in Russia, where the material can be vetted by Russian language speakers who also know the terrain (something Assange lacks). Assange can’t publish what he isn’t given.

Newsweek: Every Excuse Hillary Clinton Has Given for Her 2016 Election Loss. Bill C: “Nobody cares…..except for HRC.” Moi: And her paid retainers. BTW Johnstone above shows this list is not complete…

Should We Rebuild Homes in Wildfire Zones? New Republic

Disclosure Framework – Changes to the Disclosure Requirements for Income Taxes (File Reference No. 2016-270) FASB. Letter to the Senate. Quite the shot across the bow. But it may be intended to help lobbying against the Big Bad Eu, which in fact is na ga be moved by things like this.

When It Comes to Trade, the NYT is Far More Confused Than Iowa Voters Dean Baker (Livuis Dursus)

SoftBank’s giant investment in Uber will be finalized ‘very likely in the next week’ Business Insider. I don’t discount the possibility that a deal might get done, but I’ve never seen a remark like this apropos an investment under negotiation this long: “’We are waiting at the moment on what is going to transpire with the price,’ Huffington said Monday. ‘It’s all about the price.'” HUH? This is letter of intent stage stuff. They’ve been at this for four months and still don’t know if they are on the same page as regards the most important term?

Taylor Impresses Trump for Fed Chairman, Warsh Slips Bloomberg. The Taylor rule has been discredited but that won’t stop him from pushing him model on the Fed…

Out of Control: A Brief History of Neoliberal Deregulation in the USA TruthOut (Richard R)

Could 85% of America Unite Against Corporatocracy? Lee Camp, YouTube

Antidote du jour. Tracie H: “Say Don, when did you get those cool Halloween costumes for the cats?” 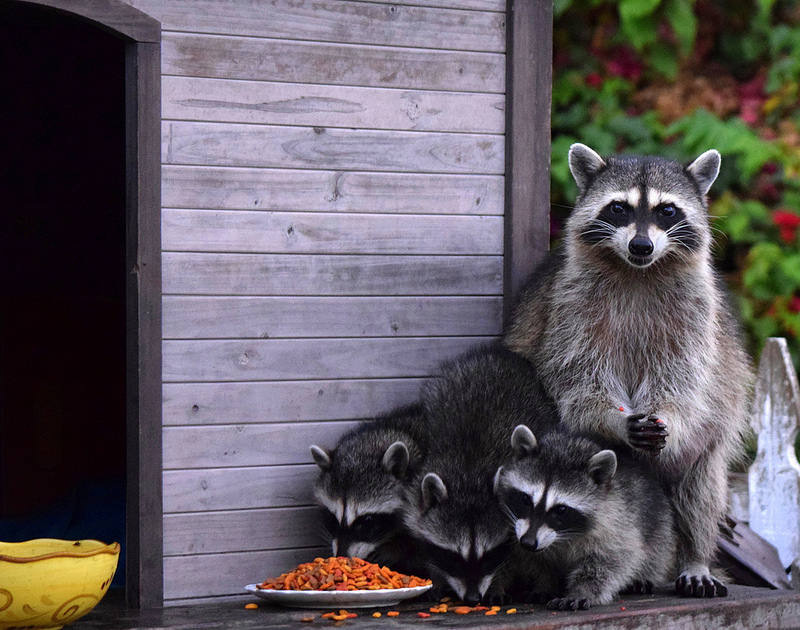