More than 75 percent decline over 27 years in total flying insect biomass in protected areas PLOS One. The Guardian notes: “Another way of sampling insects – car windscreens – has often been anecdotally used to suggest a major decline, with people remembering many more bugs squashed on their windscreens in the past.” Very true. That’s one reason — showing my old codgerdom, here — that back when there were gas station attendants, they’d clean your windshield.

The ‘blue halo’ effect: How some flowers seduce bees France24

Daphne Caruana Galizia: Establishment was out to get her, says family Guardian (Richard Smith).

The age of robots could be a new Renaissance. This is why World Economic Forum

Modern Love: Are We Ready for Intimacy With Robots? WIRED

Decision time for Puigdemont on Catalan independence push The Local

Self-government at stake as time runs out Catalan News

“The Souls of China: The Return of Religion After Mao” by Ian Johnson Asian Review of Books

Brexit: What’s the ‘no deal’ fallout for the UK and EU? Deutsche Welle

Reasons why a no-deal Brexit would suit the EU FT

After five rounds of Brexit talks, David Davis runs out of bluster Guardian

In attempt to sow fear, Russian trolls paid for self-defense classes for African Americans CNN. Apparently, being whacked by the cops wouldn’t be enough to do that….

These Americans Were Tricked Into Working For Russia. They Say They Had No Idea. BuzzFeed. Outside agitators….

The Politics Of Tax Reform: 101 FiveThirtyEight

Why America is coming apart at the seams The Week

Shakeup at Democratic National Committee, Longtime Officials Ousted NBC (Furzy Mouse). Perez stages a night of the long knives for Sanders supporters. “‘Despite the shakeup, Zogby, who is still the co-chair of the party’s Unity and Reform Commission, said, ‘This is a family. We’ve always operated that way.'”

Sibling Rivalry Jeet Heer, The New Republic. “Liberals and socialists share a common inheritance. So why can’t they find a way to work together to defeat Trump?” See above. And then read Thomas Frank’s Listen, Liberal!.

Meet the Challengers Who Outraised House Incumbents Roll Call. “Sixteen Republican incumbents in competitive races raised less than their Democratic challengers during the third quarter. One Democratic incumbent was outraised by a GOP challenger.” Hence, the DNC purge.

The Alexander-Murray Market Stabilization Package: What’s In It And Where’s It Going? Health Affairs

Trump’s Attack on Insurer ‘Gravy Train’ Could Actually Help a Lot of Consumers NYT. I understand the line of analysis, but it seems to me the assumption is that the administration, having removed one component of the Rube Goldberg device that is ObamaCare, will not remove others.

Mixed signals for states on their role in Obamacare reform Brookings. Administration inconsistencies on waivers.

No, US Didn’t ‘Stand By’ Indonesian Genocide—It Actively Participated FAIR

Life and Death After the Steel Mills Sapiens

This Huge Rail Company Is Spewing Coal Dust All Over a Low-Income Community Mother Jones (Re Silc). 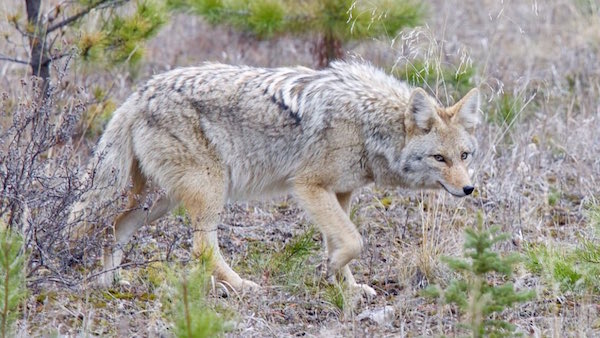 Someone in the neighborhood Facebook group my mom belongs to washed a coyote because they thought it was a dog pic.twitter.com/5V3dq840Uw