Plastic-eating caterpillars could save the planet The Economist

How big is the risk of another Black Monday equities crash? FT

When is the Time to Wind Down? Handelsblatt

Wall Street found a parasite growing in the US economy that could spur the next recession Business Insider. Shorts looking at health care. On “parasites,” see NC. In 2013….

GM to test self-driving cars in N.Y. in early 2018: Gov. Cuomo Reuters (EM). The lead says “Fully autonomous mode,” which is Level 5. Further down, we read that the cars will be Level 4. At the best, sloppy reporting from Reuters. See NC here for an explanation of the levels.

Bitter differences over Nafta break into the open FT

The War on ISIS Held the Middle East Together Defense One

Trump and Kim Madmen? Not So Fast The American Conservative

White House announces plans for Donald Trump’s visit to China with North Korean nuclear programme set to top the agenda South China Morning Post (and People’s Daily). And just when I thought things were dull. There’s nothing about this on the front pages of either the Times or WaPo, as of this writing (3:11AM today). I mean, pro-Trump or anti-Trump or anything else, isn’t this newsworthy?

Brexit Talks Are Failing. Somebody Needs to Care. Bloomberg

Sweden Eyes Russia While Holding Its Own War Games Bloomberg

Weaponized Narrative Is the New Battlespace Defense One

Trump on Gold Star families: ‘Did they ever think of calling me first?’ Duffel Blog

Internal White House documents allege manufacturing decline increases abortions, infertility, and spousal abuse WaPo. The headline is amusing since oddly, or not, both it and the lead omit mention of other key effects, especially a “rising mortality rate.” From further down: “The documents list what Navarro alleges are the problems that have resulted from a ‘weakened manufacturing base.’ Some of the consequences are economic, including ‘lost jobs,’ ‘depressed wages,’ and ‘closed factories.'” I’d speculate that somebody in the White House has discovered the Case-Deaton studies (see NC here), and is trying to figure out how to frame them for 2018 and 2020. This should concern liberal Democrats, but here what we get is: “[The documents] were presented without any data or information to back up the assertions.” Yes, the two-page document is PowerPoint-level talking points in bubbles, for pity’s sake; there’s plenty of data out there if Democrats want to look; thousands of excess “deaths of despair” a year in the deindustrialized flyover states.

How Hillary Clinton Still Can, and Should, Become President After the Trump-Russia Investigation Lawrence Lessig, Newsweek. Lessig’s thesis: Trump is removed because he was helped by “Mother Russia” (!), Pence “should” resign since he got the same help, Ryan steps in. “If Ryan becomes president, he should do the right thing and choose Clinton for vice president. Then he should resign.” This is where we are. Poor Larry. Such a shame.

The Danger of President Pence The New Yorker (GF).

Cy Vance represents everything wrong with the justice system The Outline

What Democrats and GOP Get in Bipartisan Health-Care Deal WSJ. Summary of the two-year deal: Democrats get: 1) Trump retracts his threat of future CSR cuts, and 2) $100 million in walking around money for their navigators from rescinded cuts. Republicans get: 1) More and quicker waivers, including increased charges for older customers, and 2) crapified “copper” catastrophic plans for those over 30. So Democrats get some temporary cash they might not even have lost anyhow, if their court challenges succeeded, and Republicans get two systemic changes, the second of which will make ObamaCare’s risk pool worse. I’d give the edge to Republicans in this transaction. I wrote that Trump cares about deals, period, and “great” surfaces. Here, he at least looks like he’s willing to deal. What’s the shiny surface? If you think about it, Schumer and company have just managed to undercut the key narrative that the Democrat establishment was been pushing for a year: That Trump, both Putin’s Puppet and Baby Hitler, is a crazed, senile dictator. After all, they sat down at the table with Mr. This Is Not Normal, didn’t they? And for all their yammering about “hostage taking,” they just rewarded it, didn’t they? And Trump gets that surface benefit even if the deal collapses (by which I mean if the Republican establishment causes it to collapse).

No Forfeiture-Database Backup With Millions on the Line, NYPD Admits Courthouse News (DK). DK: “Hello, I’d like to report a robbery…”

How “Big Data” Went Bust Slate (Re Silc). “[T]he bigger problem is that the [Big Data] data you have are usually only a proxy for what you really want to know. Big data doesn’t solve that problem—it magnifies it.” And integrating multiple proxies is hard; witness the F-35 helmet debacle, which faced exactly that technical problem.

What is sleep, even? Quartz. I wish I knew! 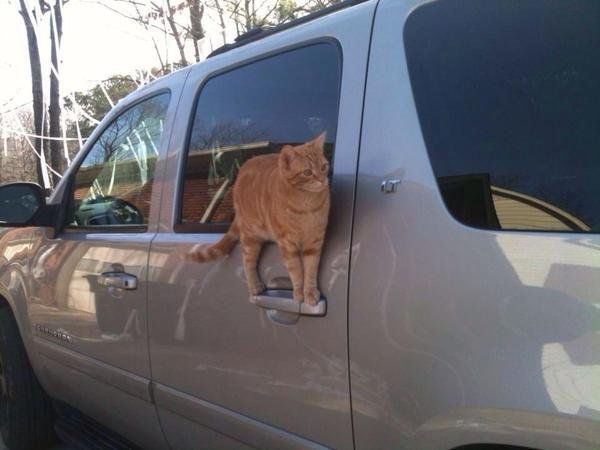 Still working to level up my cat game….