Big Tech and Amazon: too powerful to break up? FT. Did Bezos get that vest from Deray? Or vice versa?

If you think Washington’s going to regulate Big Tech, I’ve got a bridge I’ll sell you Business Insider

Crime plummeted in Houston during Harvey. So why do many assume otherwise? Houston Chronicle

On New Jersey’s Bayshore, Waiting For A Post-Sandy Recovery That Never Came HuffPo

Bernie Sanders, in Puerto Rico, Calls for Nullification of Whitefish Contract The Intercept

Catalonia, Quebec or Scotland: who has the most power? El Pais

ANALYSIS: Spain should find a way not to smash Catalonia’s romantic movement for independence ABC

Tory donors tell May: no deal is better than a bad Brexit Guardian

Conservatives must tell us what Brexit really means — as voters are becoming wary of their values and fed up with austerity The Sun. If the Tories could do this, they would already have done it.

This may seem ridiculous, but leaving the EU might not trigger the apocalypse. What then for UK politics? The Independent. “I suspect that, if the EU side decides that it doesn’t want us to leave without an agreement, it would be possible to sign a skeleton treaty – one that leaves a lot of details to be negotiated later, during the transition or ‘implementation’ period.” Why would the EU do the UK that favor? Because it would make it easier for other countries to leave?

India is killing the Ganges, and Modi can do nothing about it South China Morning Post

Waning US influence in Asia on display ahead of Trump visit Asia Times (Re Silc).

2 Navy SEALs Under Suspicion in Strangling of Green Beret in Mali NYT (Re Silc).

A Deadly Ambush’s Great Mystery: What Are We Doing in Niger? Editorial Board, NYT. “What did we learn, Palmer?”

These 13 Wire Transfers Are A Focus Of The FBI Probe Into Paul Manafort Buzzfeed. Between 2012 and 2013.

Meet the reporters behind the Trump dossier Axios. Just as public relations pays better than journalism, I guess oppo does, too.

The Collapse Of Paul Ryan Down with Tyranny

Republicans, desperate for a win, already face setbacks as they prepare to unveil tax bill this week WaPo

How Rex Tillerson Is Remaking the State Department Bloomberg

John Boehner Unchained Politico. The big news, which nobody is talking about, is that Boehner and Obama had a handshake deal on a Grand Bargain. “Harry Reid insists his caucus would have provided enough votes for passage.” Blame-fixing differs, but it looks to me like the proximate cause of death was the [genuflects] bipartisan Gang of Six, who released their own plan, stepping on Boehner’s plan, since he’d been negotiating with Obama, that truly progressive genius, in secret. The Gang of Six: “Sen. Tom Coburn, R-Okla., Sen. Dick Durbin, D-Ill., Sen. Saxby Chambliss, R-Ga., Sen. Mark Warner, D-Va., Sen. Kent Conrad, D-N.D., and Sen. Mike Crapo, R-Idaho.” So I guess I have this horrible bunch of centrist weasels to thank that my Social Security check won’t be even more miserably inadequate than it already will be, along with Monica Lewinsky. Ironies abound!

“Maybe it is a purist attitude we have, but we believe that being funded by your readers is the best guarantee for independence” Neiman Labs. Thank you, readers! And When a Facebook test moves news stories to a separate feed, traffic — and public discourse — are at stake Nieman Lab. Again, if your business depends on a platform, your business is already dead.

Freedom for the Many Jacobin

Two Texas ERs got bad reviews online. Now they want Google to help them find out who did it Dallas Morning News

Are the World Series Balls Too Slick? Some Say Yes NYT

The psychological importance of wasting time Quartz. Nonsense. You should either be at your job, or figuring out how to be a “smart shopper,” which is also a job. What’s wrong with these people?

On archives, macroeconomics and labour markets The Long Run

Extract from Plato’s Republic: On That Which is Correct Politically McSweeney’s Internet Tendency

The Infinite Suburb Is an Academic Joke The American Conservative 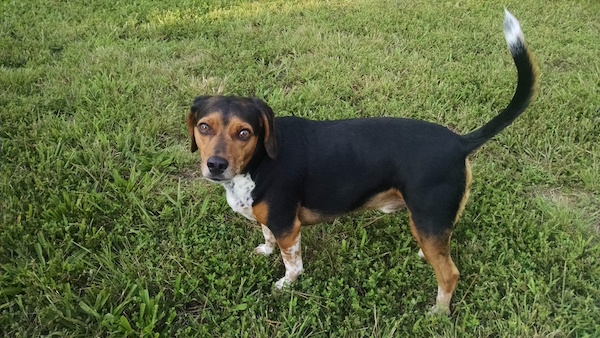 EM writes: “This is the most loved beagle in Newton County, my neighbor belongs to him.”