This is Naked Capitalism fundraising week. 1233 donors have already invested in our efforts to combat corruption and predatory conduct, particularly in the financial realm. Please join us and participate via our donation page, which shows how to give via check, credit card, debit card, or PayPal. Read about why we’re doing this fundraiser, what we’ve accomplished in the last year and our current goal, burnout prevention.

Squirrels Sort Their Nuts Like You Sort Your Fridge The Atlantic

How UBS Became Home to Half the World’s Billionaires Bloomberg. Interview with UBS CEO. “[BLOOMBERG MARKETS] You’re like Tinder? [SERGIO ERMOTTI] At these events we are a kind of sophisticated speed-­dating organizer, sure. It adds value for our clients.”

A War Plan Orange For Climate Change US Naval Institute (Re Silc).

Puerto Rico after the storm: an island on the edge FT

Workers laid off at now-closed Florida nursing home where 12 died CNN. So the market works!

Texas Official After Harvey: The ‘Red Cross Was Not There’ Pro Publica

Catalan separatists under pressure after unity rallies The Local

Catalonia’s Push for Independence Has an Unlikely Symbol: Tractors NYT (Re Silc).

Julian Assange Told Young Catalans What Chat Apps To Use To Avoid Spanish Authorities The Buzzfeed (TF). The story isn’t the personalities, but the way the activists set up their network.

In France’s so-called Northern Catalonia, there’s ‘a lot of sympathy for the Catalans’ PRI

Theresa May hints at cabinet reshuffle as plot fizzles out FT

Lessons from the Norway-Sweden border for post-Brexit Britain Politico

Grenfell Tower survivor reunited with cat she lost on night of blaze Guardian. Not that she has a home, of course.

Syria – Erdogan Is Afraid Of Entering Idleb Moon of Alabama

A Hypothetical Nuclear Attack on Seoul and Tokyo: The Human Cost of War on the Korean Peninsula 38 North

Britain ‘draws up battle plan for war with North Korea’ The Telegraph. Where’s Tony Blair when we really need him?

How America Turned a Blind Eye to China’s Growing Naval Power The National Interest. “China doesn’t need to command sea or sky, either partially or wholly, to prevail in a trial of arms.”

Vladimir Putin: Computer Genius? Andrew Cockburn, Truthdig. “The Democratic establishment professes to believe that where Mook failed, Putin succeeded. If this were so, then Putin should set up shop as a campaign consultant in this country in time for the next election. Surely one of those Democratic hopefuls currently traversing the country raising millions would pay well for his U.S. voter model, which he must be holding as a valuable asset. ”

Will We Ever Return to Normal After Trump? James Wolcott, Vanity Fair. NC readers will be unsurprised that Wolcott doesn’t feel called upon to justify whatever the normal is that he wants us to “return” to, and has exactly zero policy recommendations for what to do when we reach that happy state.

‘Our minds can be hijacked’: the tech insiders who fear a smartphone dystopia Guardian

‘Harvey Weinstein’s Media Enablers’? The New York Times Is One of Them The Wrap

The Uber Game FT. “Can you make it in the gig economy?” Worth playing. I lost, badly.

The Economy Is Humming. Bankers Are Cheering. What Could Go Wrong? NYT

New Theory Cracks Open the Black Box of Deep Neural Networks Wired (Furzy Mouse). Wouldn’t be the first time science caught up with engineering, if in fact it has. 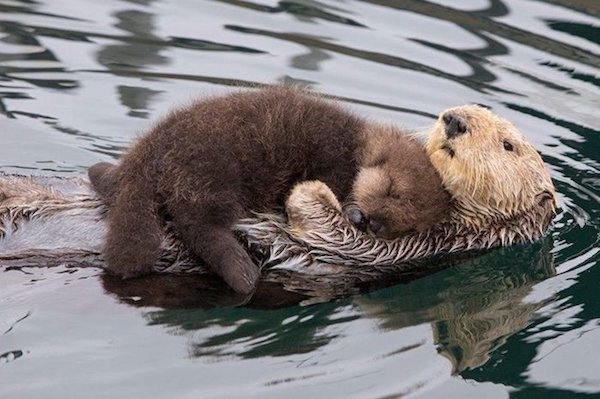