The Complicated Legacy Of A Panda Who Was Really Good At Sex FiveThirtyEight. Meet Pan Pan, the genetic Genghis Khan of the modern panda population.

‘I can’t eat or sleep’: the woman threatened with deportation after 50 years in Britain Guardian

DON’T TURN BIG DATA INTO A FETISH – IT MISSED TRUMP, BREXIT, DUTERTE SCMP. I don’t– it’s the massive collection of data that worries (especially when misused by The Man, as it will inevitably be.)

Why I always travel with a paper map in hand TreeHugger. I do the same. But then, I don’t own a smartphone– my trusty dumbphone suits me fine.  Sadly, I’ve heard the skill of mapreading is much in decline among younger people.

A Hospital Charged $1,877 to Pierce a 5-Year-Old’s Ears. This Is Why Health Care Costs So Much. ProPublica

What Being Gored by a Bull Taught Me About Healthcare Vice I don’t get the whole running with the bulls thing. And I confess, for me, Hemingway’s oeuvre hasn’t aged well– including his prose style. But, I have a brother-in-law whose travels to Paloma from North Carolina to do this every year.

Jack Bogle Now Old Enough Not To Notice Vanguard Going Active Dealbreaker. Is nothing sacred? I guess not when there’s a muppet be be fleeced.

Face It, The Mighty U.S. Aircraft Carrier is Finished American Conservative. Agreed. So, remind me, why are we still building them? I know, I know: MIC!

Wells Fargo Is Dubbed a Repeat Offender and Faces New Wrath from Its Regulator WSJ. Gretchen Morgenson, now at the WSJ.

Monica Lewinsky Just Reminded America That She is a Victim Too Law & Crime. So many Clinton admin issues coming home to roost.

The Indian telecom regulator’s net neutrality recommendations may be the strongest in the world Scroll.in

Suddenly, I’m a ‘Russian Agent’! Counterpunch. Mentions both PropOrNot, with shout out to  Naked Capitalism.

Republican Victory May Rest Once Again With McCain, This Time on Taxes NYT

EPA Chief Scott Pruitt Signals His Environmental Strategy WSJ. Sorry, patient readers, couldn’t find a non-paywalled version. But note that the strategy includes a plan to convert food waste into power, rather than dumping it into a landfill.

He creates his own reality’: From ‘Access Hollywood’ to Russia, Trump paints the rosiest possible picture WaPo

3 key takeaways from the power struggle at the CFPB Mic. I think English has the stronger arguments here, as does the piece, CFPB Suit Proves Once Again Why Textualism Is A Bankrupt Philosophy in Above the Law. Which does not mean the DC Circuit Court of Appeals, where this issue will almost certainly end up, nor the Supremes, will necessarily agree with me. See immediately below.

Judge Backs Trump Administration in Fight to Control CFPB WSJ Note this decision only addresses the issue of whether or not to issue a restraining order– federal district court judge Timothy Kelly, a Trump appointee, denied the request.

Cordray gets lukewarm homecoming Politico. Would be unfortunate if Cordray’s departure from the CFPB before his term expired, thus opening the door to Trump to appoint a successor, proves all for naught if Cordray fails to end up in the Ohio governor’s mansion.

Trump Takes Rare Trade Action Against China New York magazine. Yet another example of a Serious Person being shocked, shocked, when a federal agency follows through on what Trump said he’d do.

Inside the White House, Michael Flynn pushed proposal from company he said he had advised WaPo

Clintons understated support from firm hired by Russian nuclear company The Hill. Much detail hidden under a ho hum headline.

Something Has to Give Jacobin. On the continued growth in student borrowing.

Why you sometimes have to quit to win BBC. Sound career advice, perhaps– but with many households lacking even a modest emergency fund, who has the luxury of being able to afford to do so?

About 11 percent of drugs in poor countries are fake, U.N. says Stat

Why So Many Economists Are Disillusioned With the ‘Gujarat Model’ The Wire. Another interesting piece–important as Modi seeks to extend this “success” to India. See also Jayati Ghosh’s piece in yesterday’s Links.

Ivanka is Trump card in dad’s outreach to India Times of India. Note that Indian press coverage often fawns over powerful foreign guests– even when a certain sitting US President openly, notoriously, and disrespectfully chewed gum while on the podium watching the solemn Republic Day parade (I’ll leave it to readers to guess who that was.)

Turning The Corner In Afghanistan Moon of Alabama

Should we fear the rise of drone assassins? Two experts debate The Conversation 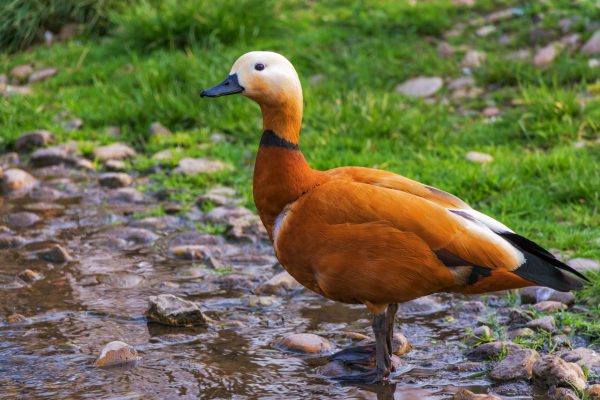