The world’s most valuable resource is no longer oil, but data The Economist

Japan and South Korea at heart of cryptocurrency fever FT

The Dark Bounty of Texas Oil The New Yorker. Well worth a read, both for the Spindletop origin story, and for how fracking is causing a neoliberal epidemic of health problems.

Net neutrality repeal sets up changes to internet Buffalo Business First. “Until now, companies haven’t been able to break up internet access into packages. ‘Now ISPs are free to modify that in any way that makes them money,’ [said Matthew Pelkey, a partner at Colligan Law LLP] said.” Well worth a read. First article I’ve seen in my travels that mentions the possibility of an injunction against Pai MR SUBLIMINAL It rhymes with Pay‘s order. That’s something an organization like the Internet Association has the clout (and the lawyers) to attempt. I don’t think Schneiderman has the stones.

What could net neutrality’s end mean for you? Futurity. This from Ryan Singel from the Stanford University Law School:

For the average American, what will the real-world effects of this ruling be?

SINGEL: The effects we’re likely to see will affect users secondarily. Verizon, for instance, can now go to a Yelp or a Netflix and say, “You need to pay us X amount of money per month, so your content loads for Verizon subscribers.” And there’s no other way for Netflix to get to Verizon subscribers except through Verizon, so they’ll be forced to pay. That cost will then get pushed onto people that subscribe to Netflix.

Readers, your Congress Critters will be back in the district for the holidays; do feel free to visit their offices and share your view that you don’t want ginormous monopolies to make the Internet work — if “work” is the word I want — like cable. Also consider writing Letters to the Editor, far more effective than clicking on online petition. If there’s a protest at your local monopoly Internet supplier, considering joining it.

What Net Neutrality Really Means For You (And For Us) HuffPo. “[M]ajor ISPs will be able to promote the media companies they own — like this one — while punishing competitors’ offerings. That will force consumers, who often have no choice in internet service providers, into walled gardens of content that the ISPs create.” IMNSHO, the walled gardens are far more likely — and far, far worse — than occasional random acts of political censorship. Those sites like this can fight off — as long as net neutrality is in place.

Culture: The capital offences of Boris Johnson Morning Star. Points for using “lanyard” as a verb!

China steeling for full-blown crisis on Korean Peninsula Nikkei Asian Review. Read all the way to the end.

Modi Is BJP’s Trump Card But Gujarat’s Rightward Tilt Is Thanks to Sardar Patel, Morarji and Munshi The Wire

How to understand modern India Marginal Revolution. I generally don’t find much of value at libertarian sites, but this post may interest J-LS.

Kremlin’s trolls marched across the Web as U.S. dithered WaPo. “Marched”? Marched? Like the 120,000 Union soldiers in Grant’s Overland campaign “marched”? And numbers? Effects? Couldn’t the FBI sources driving this story have provided their stenographers with any data? Or perhaps they did, and it was too pissant? Holy moley:

You can see the gaslight flickering on the garden walls, at twilight. It’s a warm, comfortable feeling, really.

Kremlin Sees ‘Unbearable’ Risk to U.S. Ties in New Sanctions Bloomberg. Now would be a great time for Putin to release the so-called “piss tape.”

No longer a ‘lonely battle’: How the campaign against the Mueller probe has taken hold WaPo

Puerto Ricans wait in darkness and desperation without power Chicago Tribune. To which NC recently drew attention. It’s hard to escape the conclusion that Puerto Rico is simply being written off. I’m picturing the next recession, and goods gradually disappearing from the shelves in the more marginal areas of the flyover states. And then the fingerwagging: “Can’t they just move?” “Why not use GoFundMe for groceries?” And so forth. Not that I’m bitter or paranoid!

America’s Wars: Yet More Of More Of The Same? LobeLog (Re Silc).

The roots of Argentine street violence The Power and the Money

Trump Tells Mar-a-Lago Crowd ‘You All Just Got a Lot Richer’ After Tax Bill New York Magazine (Re Silc). Refreshing! No complex, hard-to-understand metaphors like “I stand between you and the pitchforks”!

Trump looks to seize political momentum in 2018 The Hill

Making Midterm Elections About Trump Is A Bad Idea, Rove Says NPR. The headline is deceptive; Rove is saying that rallies “cause [Trump] to be in a frame of mind where he tends to make mistakes.” What Trump should do: “[B]e out there extolling the virtues of that tax plan and explaining it, appearing at events that help demonstrate its value to the American people and American workers and American competitiveness.”

A year in fake news, and what to look forward to (or how to tune out) in 2018 Nieman Labs

White college grads’ distaste for Trump hurt GOP in 2017. Will it flip control of Congress to Democrats in 2018? Los Angeles Times. Betteridge’s Law, example two. Still, one becomes awfully tired of this catering to aggrieved minorities….

Michael Dukakis’s Last Stand Boston. Even if Jesse Jackson had lost to Reagan, the Democrats would have been far better positioned on policy and with the base had they nominated him (before the Democrat base turned into the 10%, a la Thomas Frank). Instead of Jackson, the Democrat establishment engineered a bloodless technocrat — albeit a nice enough guy — ran against Reagan on “competence,” and ended up with nothing (except, of course, their own power and positions). And here we are!

Tom Morello: Making America Rage Again Portside. Rage Against the Machine was after my time….

Why are women losing retail jobs while men are gaining them? WaPo

Bonfire of the academies: Two professors on how leftist intolerance is killing higher education Washington Examiner. The role of the administration is interesting.

An ageing population and the end of inheritance FT

Why things may be not be as bad as we think BBC. And then I tripped on the MagSafe-less powercord of my new Xmas MacBook Pro… Kidding! 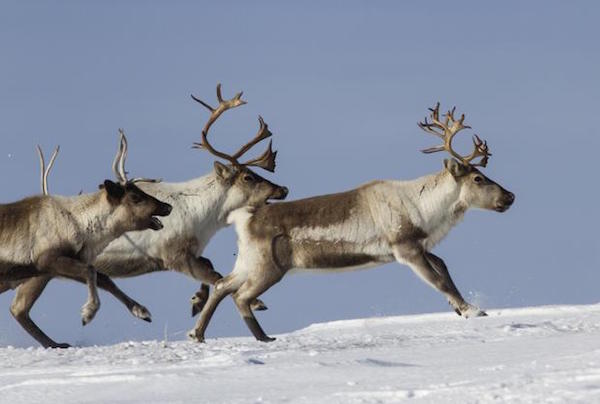 Christmas day in Sàpmi.
Saw some reindeer that lost their herd at complicated road crossing, on my way to horseback riding. Ping @sweden pic.twitter.com/EVjne7KXJ5