Readers, I’m behind the eight-ball, because I underestimated the time it would take to write my posts, as I do tend to do. So I’ll be back later in the day with something a touch more complete –lambert. UPDATE 4:35PM. It’s time for my nap, so I’m going to leave you with business news only. I’ll be back at full strength tomorrow!

For now, I’ll ask one question: “Cold enough for ya?

Institute for Supply Management Manufacturing Index, December 2017: “Headlined by a 14-year high for new orders, ISM’s manufacturing index rose” [Econoday]. “This report, like most private and regional surveys, has been far outstripping the strength in definitive factory data which however have also been coming alive in recent months. The factory sector looks to have ended 2017 on the upswing which will be a positive for fourth-quarter GDP.” But: “Based on these surveys and the district Federal Reserve Surveys, one would expect the Fed’s Industrial Production index growth rate to improve. Overall, surveys do not have a high correlation to the movement of industrial production (manufacturing) since the Great Recession” [Econintersect].

Construction Spending, November 2017: “showed broad strength in November” [Econoday]. “The residential side of this report joins a tide of rising tide of favorable data on the housing sector which, like manufacturing, appears to have accelerated into year end which will be a positive for fourth-quarter GDP and points to momentum for first-quarter GDP.” But: “Prior month revised down, keeping the chart looking very weak for this ‘hard data’ release” [Mosler Economics]. And but: “There continues to be significant backward revision to the date – this month was slightly upward and did not change the trends. The rolling averages were statistically unchanged.. Also note that inflation is grabbing hold – and the inflation adjusted numbers are showing contraction in this sector” [Econintersect]. “The employment gains year-over-year are near the same than the year-over-year growth in construction spending.”

MBA Mortgage Applications, week of December 29, 2017: “While most housing market data has shown acceleration going into the year end, today’s MBA report for the final two weeks of the year may be showing growth slowed by interest rates” [Econoday].

Shipping: “Container shipping’s delicate supply/demand equilibrium is set to come under renewed pressure this year as a raft of new orders are set to rain in principally from Asian owners” [Splash 247]. “Alphaliner is predicting orders to increase year-on-year in 2018 with a number of carriers, including Hyundai Merchant Marine (HMM) and Yang Ming, readying contracts with Asian yards while several non-operating owners remain keen to take on newbuilding projects at the current attractive price levels.

“Recent reports that these exploits are caused by a ‘bug’ or a ‘flaw’ and are unique to Intel products are incorrect,” Intel said in a statement. “Based on the analysis to date, many types of computing devices—with many different vendors’ processors and operating systems—are susceptible to these exploits.”

The Bezzle: “Tesla’s Scant Disclosures on the Model 3 Leave Wall Street Guessing” [Bloomberg]. “Tesla Inc. may have delivered about four times more Model 3 sedans last quarter than in the prior three months, or boosted sales by a factor of 27, depending on which analyst you ask.”

The Bezzle: “Can BlackBerry and Baidu’s Autonomous Vehicles Collaboration Win?” [247 Wall Street]. No.

Tech, or The Bezzle, I’m not sure which:

captchas in 2007: what are these letters and numbers

captchas in 2018: which of these images contain cars

captchas in 2026: what is love? please. only someone with a soul would be able to answer this and you know it. tell me please i want to learn. or are you not human either

All those Captchas that have you click on images of storefronts, signage, and cars? Damn. I’m training some robot car AI. For free!

Tech: “The Alibaba browser no one’s heard of is dethroning Google in Asia” [MarketWatch]. Not “no one,” surely? More: “Hundreds of millions of people in India, Indonesia and other emerging markets getting online for the first time are picking UC Browser, owned by Chinese e-commerce giant Alibaba, over ones made by U.S. rivals. Users say UC Browser works better in countries dominated by low-end smartphones and spotty mobile service. India and Indonesia are among the last, great untapped markets for internet users. Just 30% of India’s 1.3 billion people are online, and only 25% of Indonesia’s 260 million use the web, according to the International Telecommunication Union, a United Nations body. UC Browser, which has more than 430 million users world-wide, accounted for 51% of India’s mobile browser market over the past year, compared with 30% for Chrome. according to web analytics firm StatCounter. In Indonesia, UC Browser led Chrome by 41% to 32% during the period.”

Tech: “Amazon’s YouTube app on Fire TV stops working ahead of schedule” [Fast Company]. “Amazon has already deactivated its YouTube app on Fire TV devices, four days before a planned blockade by Google. Instead of opening YouTube directly, the app now encourages users to install Silk or Firefox, and will open a link to the site once either browser is installed…. Google has said it will cut off YouTube access on Fire TV starting January 1, citing Amazon’s unwillingness to support Prime Video on Chromecast, or to sell Google hardware (including Chromecast) on its website.”

Tech: “The world’s biggest YouTube stars are seeing a massive slowdown” [Business Insiders]. For example, “There’s a finite number of YouTube watchers in the world who will be interested in PewDiePie — and after seven years in operation, Kjellberg’s channel may have hit peak subscriber growth. In other words, anyone who wants to watch his videos regularly has most likely already subscribed…. But his monthly views are slowing, too… The picture is similar for other big-name YouTubers.”

The Fed: “Minutes of the Federal Open Market Committee” [Board of Governors of the Federal Reseve System]. “Many participants judged that the proposed changes in business taxes, if enacted, would likely provide a modest boost to capital spending…. However, some business contacts and respondents to business surveys suggested that firms were cautious about expanding capital spending in response to the proposed tax changes or noted that the increase in cash flow that would result from corporate tax cuts was more likely to be used for mergers and acquisitions or for debt reduction and stock buybacks.”

The Fed: “Minsky’s financial instability hypothesis and the Fed’s reaction function” [Credit Writedowns]. “But what happens during a double-barrelled tightening? Financial conditions are no longer tightening. So I believe the Fed will now pull both levers at the same time. During the initial part of 2018, I think we can still eke out a 3%ish growth level and so perhaps the curve steepens a tad. But in the middle of 2018, I believe growth will slow as the Fed’s rate hike train takes effect with a lag. And so we will see the curve flatten again. By the time we get to June and July, I expect three rate hikes to have occurred and for the curve to be nearly flat, meaning at least another 36 basis points down from present levels.” I’m sure this will be interesting to Fed watchers. Readers?

Honey for the Bears: “Head of largest hedge fund says economic downturn could leave U.S. ‘at each other’s throats” [MarketWatch]. “Ray Dalio is worried that an economic recession could foment unrest in a polarized America, resulting in segments of the population feeling marginalized in the face of stagnant wages and tax cuts for the wealthy.”

Five Horseman: “All five horsemen are at or near record highs today” [Hat tip, Jim Haygood]. Readers, feel free to contact me at lambert [UNDERSCORE] strether [DOT] corrente [AT] yahoo [DOT] com, with (a) links, and even better (b) sources I should curate regularly, (c) how to send me a check if you are allergic to PayPal, and (d) to find out how to send me images of plants. Vegetables are fine! Fungi are deemed to be honorary plants! If you want your handle to appear as a credit, pleas s e place it at the start of your mail in parentheses: (thus). Otherwise, I will anonymize by using your initials. See the previous Water Cooler (with plant) here. Today’s plant (LR): 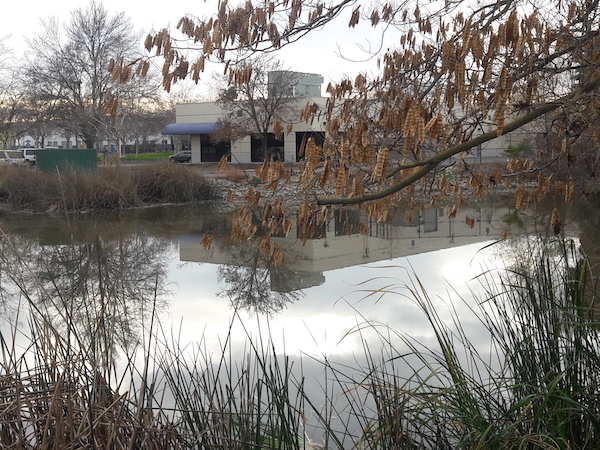