Global Economy to Edge Up to 3.1 percent in 2018 but Future Potential Growth a Concern The World Bank (full report). “However, this is largely seen as a short-term upswing. Over the longer term, slowing potential growth—a measure of how fast an economy can expand when labor and capital are fully employed—puts at risk gains in improving living standards and reducing poverty around the world.”

One cold snap burns 11.5% of US natural gas supplies; 8 more weeks like that and our gas storage will be totally empty Focus on Fracking. To be fair, they call it a “snap” because it doesn’t last for 8 weeks. But lots of interesting data.

A new market for old and ugly fruit and vegetables takes shape The Economist. How about humorous ones?

Self-driving cars raise fears over ‘weaponisation’ FT. Baidu COO Qi Lu: “You have an object that is capable of moving by itself. By definition, it is a weapon.”

Brexit is an electrifying moment for renewing the NHS Politico. “The greatest asset and the most special and extraordinary thing about the NHS is their willingness to go the extra mile for it. That’s because it is a uniquely and quirkily British, national, not-for-profit service for all citizens based on need, rather than ability to pay.” “Quirkily British.” As opposed, ya know, to being a beacon of hope for suffering humanity.

Ministers face questions over Carillion contracts FT. “One person who attended the Cabinet Office meeting said the government was open to the idea of underwriting the group’s debts, even as a temporary measure, to secure more funding from bankers.” Of course they are.

The company that runs Britain is near to collapse. Watch and worry Guardian. More on Carillion.

Medical records of thousands of patients were handed to US firms connected to tobacco industry by British health officials, Telegraph probe reveals The Telegraph

Opportunities for Scotland in the ‘New North’ Cable

The most valuable military real estate in the world Politico. Djibouti. From a new Politico series: “The Coming Wars,” plural. Hoo boy.

Clausewitz Takes Down the Caliphate: The Center of Gravity in the Destruction of the State of the Islamic State Small Wars Journal. Interesting read. Big if true.

Trump says that he is ‘not a racist,’ denies souring chances for immigration overhaul by using vulgarity WaPo. If you’re explaining, you’re losing. If only Trump had used the appropriate liberal locution — “Third World” — this sadly unnecessary conflict could have been deflected….

Five hurdles to a big DACA and border deal The Hill

Meet the 24-year-old Trump campaign worker appointed to help lead the government’s drug policy office WaPo. The Old Codger Speaks: One problem the Bush administration had was that its base in the Christian right, despite the best efforts of Liberty University, et al., really couldn’t supply the cadres of apparatchiks needed to run the Federal government. (They did well through the Federalist Society on “qualified” judges, but that’s not the same as filling slots in the agencies with the right sort of Flexian). The Trump administration, with an even narrower and more conflicted base, has an even greater problem (assuming, of course, that the Republicans really do wish to govern; an equally problematic question for liberal Democrats. Yes, at Justice political and ideological affiliations aren’t supposed to figure in hiring career attorneys, but I mean, come on.)

John Dean: Nixon ‘Might Have Survived If There’d Been a Fox News’ Politico

Shawn Vestal: Only in Wonderland is Congress insuring children’s health The Spokesman-Review

Incidental Collection Under Section 702 Has Probably Contributed to Trump’s Downfall, Too emptywheel

Inmate Chews Own Fingers Off After Private Prison Health Care Left Him in Unbearable Pain, Court Papers Say Newsweek (DK). DK: “Have had extreme and constant chronic pain before, so can relate to this.”

Don’t make the poor work for health care The Week

The Individual Insurance Market In 2018: Business As Usual? Health Affairs

Let’s wrench power back from the billionaires Bernie Sanders, Guardian

Nothing Would Be More Tragic Than to Turn Back Now William Barber, The Nation

America is spiritually bankrupt. We must fight back together Cornel West, Guardian

Everyone Is Getting Hilariously Rich and You’re Not NYT. “The goal may be decentralization, but the money is extremely concentrated. Coinbase has more than 13 million accounts that own cryptocurrencies. Data suggests that about 94 percent of the Bitcoin wealth is held by men, and some estimate that 95 percent of the wealth is held by 4 percent of the owners.” We might, then, consider reframing “scam” to “primitive accumulation” in the context of the neoliberal legitimacy crisis we are all enmeshed in.

Maternal mortality statistics Modern Medicine. “In the past 20 years while maternal mortality ratios (MMR) have fallen 48% in developed nations and 44% worldwide, the number of maternal deaths in the United States has actually doubled.” America is already great. There is nothing we can’t accomplish when we work together.

Deneuve apologises to sex attack victims after controversial letter France24. “… who might have felt offended….”

Ladies, let’s be reasonable about #MeToo or nothing will ever be sexy again WaPo. Pelosi’s dynastic heir…

As Labor Pool Shrinks, Prison Time Is Less of a Hiring Hurdle NYT 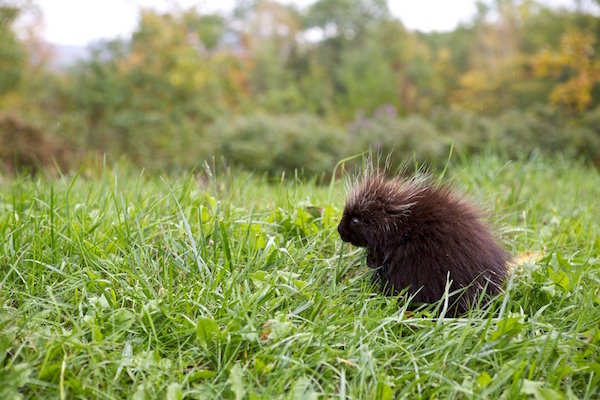 Via Richard Smith: “A baby porcupine is called a porcupette.” News you can use!

Bonus antidote: Leveling up my cat game (via):